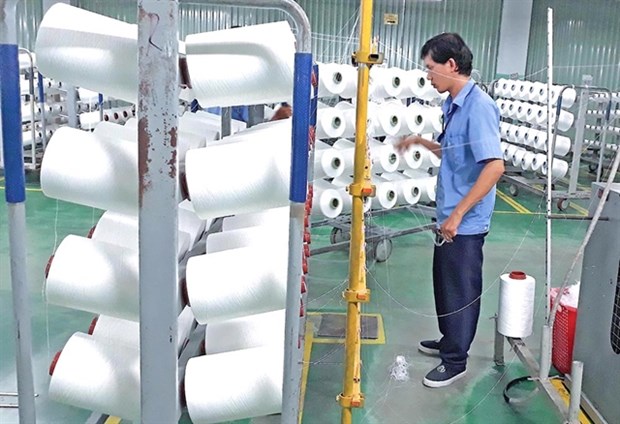 A production line at the The Ky Yarn Joint Stock Company (Photo: VNA)

HCM City (VNS/VNA) – The textile and apparel industry , which managed to survive three waves of COVID-19 thanks to its decision to produce face masks and personal protective equipment, will focus on sportswear and yarn, according to the Vietnam National Textile and Garment Group .

Armed with their experience of coping with the pandemic, many textile and footwear enterprises are quietly confident of altering plans when required and finding new markets to cope with new situation after COVID-19 is under control.

Sportswear has arguably been the most successful segment during the pandemic as awareness of physical exercise rose.

According to Euromonitor International, in 2020 the demand for sportswear world-wide decreased only about 8 percent, the lowest in an industry which saw an overall decline of 16 percent.

The compounded annual growth rate for the sportswear market in the last five years was 6.5 percent, 1.5 times the industry average, and it is expected to be worth 479 billion USD globally by 2025.

The Thanh Cong Textile Garment Investment Trading JSC is considered one of the most successful businesses in 2020 thanks to seizing opportunities to export COVID-19 related apparel products such as fabric masks and PPE.

But Tran Nhu Tung, its deputy general director, said the demand for cloth masks and protective gear is returning to pre-COVID levels with the advent of vaccines. This year his company has stopped taking orders for medical protective gear and antibacterial masks.

It is focusing on traditional products such as T-shirts and sportswear, demand for which would continue to increase, and there are already enough orders for sportswear for the first 6 months of the year, he said.

According to the Vietnam Textile and Apparel Association, many businesses now have orders for until the end of April, mainly for sportswear.

With most other countries that export textile and garment to the EU not having a trade deal with the bloc, the EVFTA has opened up a great opportunity for Vietnam’s footwear, textile and garment exports if companies meet origin requirements, it added./.

On Hon Tre island, Kien Hai district, Kien Giang province (Photo: VNA) hập mô tả cho ảnh
Kien Giang (VNA) – The Mekong Delta province of Kien Giang aims to have all of its 116 communes fulfil the criteria in the national target programme on building new-style rural areas in the 2021-25 period, with funding estimated at some 17.4 trillion VND (751.47 million USD).
In 2021 alone, nine communes strive to win recognition, while the districts of Vinh Thuan and Kien Luong as well as Ha Tien city are to accomplish the task of building new-style rural areas.

Local authorities also strive to fulfil targets on the rate of households with access to clean water of 99 percent and health insurance coverage of over 90 percent, and the reduction of the multidimensional poverty household rate of 1 percent while creating 35,000 jobs.

Due regard will be paid to the “ One Commune , One Product” (OCOP) programme, as Kien Giang aims to have up to 50 products of at least three-stars. Some 64 billion VND will be allocated for the implementation of the programme. 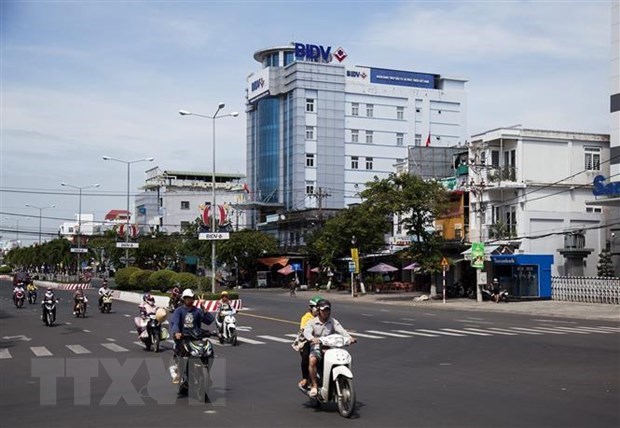 More than 6,365 km of rural roads were cemented and irrigation networks improved. The rate of poor households came down to 1.69 percent.

As of the end of January 2021, 81 communes in Kien Giang had been recognised as new-style rural areas. Eleven districts and cities had half of their localities complete necessary tasks./.

HCMC – The number of women holding senior leadership positions in midmarket businesses in Vietnam has risen sharply over the past few years, making Vietnam one of the Asia-Pacific countries with the highest proportion of women in leadership roles.

Up to 60% of women hold positions of chief financial officers at Vietnamese firms, double the 2020 figure, taking Vietnam to the No. 1 spot in the region, according to Grant Thornton International’s annual Women in Business report.

The position of Human Resource Director ranked second with 59%, which was also a very common position in the rest of the region. Vietnam made significant strides in the number of women holding the position of chief executive officers with an increase from 7% in 2020 to 20% in 2021.

Vietnam exceeded the global average with 39% of women in senior roles and ranked No. 3 amongst the 29 countries surveyed, behind the Philippines and South Africa, an increase of 6% over 2020. Vietnam’s position was on par with Brazil and India and it ranked second in the Asia Pacific region.

The report also indicated that the number of women holding senior leadership positions in midmarket businesses globally had hit 31% despite the coronavirus pandemic affecting economies around the world. Seeing the proportion of women leaders rise to 31% is encouraging, given that the global figure remained at 29% for the previous two years (2019 and 2020).

While the number of women in leadership roles has grown, questions remain over the impact of the coronavirus pandemic on women, particularly working mothers.

Data from the United Nations showed that before the pandemic, women did three times as much unpaid housework as men. Besides this, mounting evidence indicates that Covid-19 is increasing this disparity, as well as adding the extra responsibilities of childcare and home schooling while schools are closed.

Meanwhile, as for the ecommerce sector, the survey by iPrice Group showed that Vietnam had taken the lead in Southeast Asia by the proportion of women in manager-level positions at 46%, up from 37% in 2018. Thailand and the Philippines came second and third, with the respective proportions of 44% and 39%. 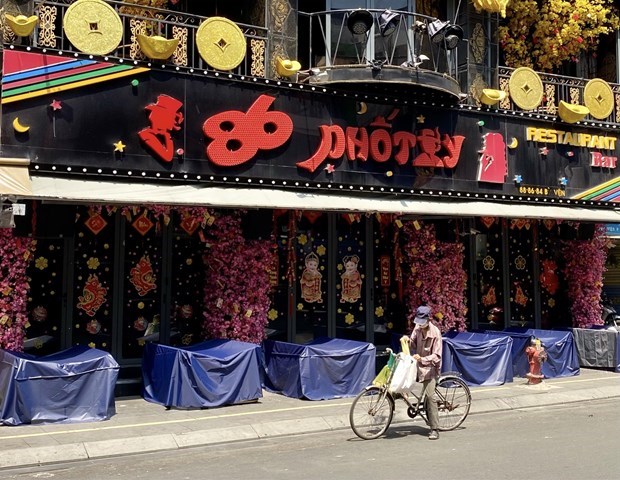 HCM City (VNA) – Ho Chi Minh City will continue the closure of discos , bars , karaoke parlors to ensure safety amid COVID-19 pandemic, while other service business types will be resumed from March 9.

Under a dispatch issued by the Chairman of the city People’s Committee on March 8, the city leader asked heads of departments, sectors and agencies to localities to continue strictly implementing directions of the Prime Minister, the National Steering Committee on COVID-19 Prevention and Control as well as the Health Ministry and the city in pandemic prevention and control measures, including the “5K message”.

So far, HCM City has seen 210 COVID-19 infections, including 68 domestically-transmitted cases. The city has spent 26 days without any new infections./.

In the morning, members of the committee discussed in groups the working agenda of the committee throughout the 13th tenure after listening to a proposal on the agenda, which was presented by Politburo member and permanent member of the Party Central Committee’s Secretariat Vo Van Thuong.

In the afternoon, they attended a plenary session to listen to the Politburo’s proposal on the completion of the nomination of candidates for a number of leadership positions in State agencies in the 14th tenure of the 2016-2021 term and the 15th tenure of the 2021-2026 term.

The plenum of the Party Central Committee is scheduled to conclude on March 9.

The total support from GCF also includes a US$75 million guarantee. US$8.3 million from the grant will be used to build capacity in the private sector to identify, appraise and execute energy efficiency projects.

It will also provide technical assistance to the Ministry of Industry and Trade and the relevant authorities to further strengthen policy frameworks and regulations and create a helpful environment aimed at accelerating the energy efficiency market in Vietnam.

The remaining grant funds and guarantee will be used to establish a risk-share facility to provide partial credit guarantees to local banks who may risk potential default on loans for energy efficienct projects.

By reducing lending risks, the facility is expected to mobilize around US$250 million of commercial financing, to be provided to industrial enterprises and energy service companies at competitive terms and with low collateral requirements.

In a context of limited public financing for energy, the risk-share facility is an innovative financial instrument in private sector investment financing for a greater uptake of industry-wide energy efficiency measures, she added.

The grant and guarantee are to be executed under the Vietnam Scaling up Energy Efficiency Project which aims to support Vietnam in achieving the energy efficiency targets set out in the Green Growth Strategy as well as emission reduction objectives pledged under the National Determined Contributions.