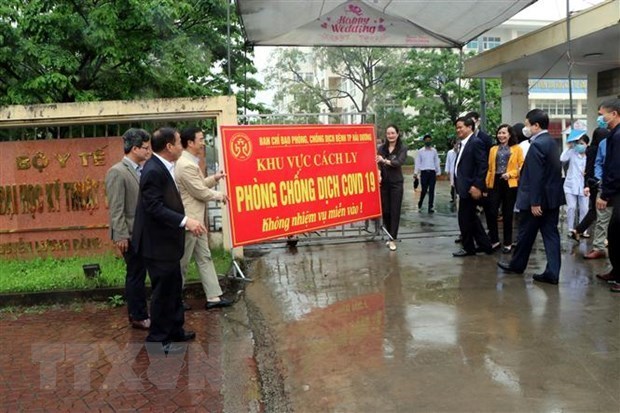 Hanoi (VNA) – Prime Minister Nguyen Xuan Phuc has decided to allocate 270 billion VND (11.67 million USD) from the central budget reserve in 2021 to aid pandemic prevention and control efforts in the northern province of Hai Duong, which has recently borne the brunt of the third wave of COVID-19 outbreaks.

The Ministry of Finance was tasked with managing the sum and instructing the Hai Duong People’s Committee , with the two entirely responsible for the management and use of as well as making reports on the funding in line with regulations to ensure its efficiency, publicity and transparency.

The PM also assigned the provincial People’s Committee to promptly conduct prevention measures using financial assistance from the central budget reserve, local resources, and other legally mobilised sources. Related reports on the pandemic prevention and control work will be submitted to the PM for consideration of the final sum allocated to the province.

Thanks to the implementation of quarantine and social distancing, among other measures in response to COVID-19, Hai Duong has so far put the epidemic under control. The province will end its ongoing social distancing period on March 31./.

HCMC – The northern province of Hai Duong has reported three fresh cases of Covid-19 by community transmission in Kim Dinh Commune of Kim Thanh District, who were all linked to previously confirmed coronavirus patients and tested positive for the disease while under quarantine.

The steering committee for Covid-19 infection prevention and control of Kim Thanh District is continuing to quarantine and provide medical treatment for these cases as well as conduct contact tracing for those linked to the three, said a local official.

Nguyen Van Hieu, chairman of Kim Dinh Commune, said that the three cases had been taken to a local quarantine center on February 26. After undergoing Covid-19 tests five times, they were confirmed as positive for the coronavirus.

The government of Kim Dinh today also announced that people in close contact with the three cases between February 26 and March 1 should contact the local medical center for further instructions on Covid-19 preventive measures.

In a related development, Nguyen The Anh, vice chairman of Ky Anh Town in the north-central province of Ha Tinh, this afternoon confirmed that local police have examined the scene linked to the death of a 24-year-old man in a quarantine center in the province, reported Tuoi Tre Online .

At around 8:20 p.m. on March 18, Luong Xay Nhan, a local resident of Nghe An Province, was found lying unconscious in the yard near block A8 of the Mitraco quarantine center.

After being notified of the incident, competent forces rushed to the scene, provided first aid for him and took him to a local hospital. However, Nhan passed away while en route to the hospital.

Preliminary findings from the force indicated that he died due to multiple organ injuries after he was suspected to have fallen from the second floor of block A8 onto the yard.

After examining the scene of the incident and his body, the force handed over the body to his family to be buried.

Earlier, Nhan returned to Vietnam from Laos through the Cau Treo international border gate on March 17 and was taken to the quarantine center upon his arrival.

HCMC – People travelling to Quang Ninh Province from Hai Duong Province, Vietnam’s first localities to be hit by the latest Covid-19 resurgence, will neither have to be quarantined nor undergo a Covid-19 test starting today, April 3.

The move is part of measures to restore socioeconomic activities in Quang Ninh in the new normal, after the coronavirus outbreaks in this northern province and its neighboring localities have been brought under control, according to an urgent dispatch approved on April 2 by Nguyen Thi Hanh, vice chairwoman of the provincial government.

People arriving or returning from Hai Duong have to make health declarations and monitor their health conditions at home and must notify the nearest medical center if they develop suspected Covid-19 symptoms.

Since January 28, Quang Ninh reported 61 coronavirus cases. It has not reported any fresh locally-infected case over the past 52 days.

Businesses and services that are allowed to resume operations must make sure strict COVID-19 prevention and control measures are applied, the Ho Chi Minh City and Hai Phong People’s Committees stressed in their separate events on Friday.

All residents are still required to wear face masks in public, wash their hands regularly, and keep a safe distance with one another.

From March 1, non-essential services and businesses were gradually allowed to reopen, but discos, bars, and karaoke parlors in an enclosed space remained shuttered.

From February 22, all activities of entertainment and travel, accommodation services, on-site dining establishments, discos, karaoke parlors, saunas, massage service, bars, and game centers were also put to a halt in the northern city.

Now that the pandemic has been contained in the two cities, the local authorities have lifted the aforementioned suspension and restriction.

In addition, Hai Phong has also closed checkpoints in localities adjacent to northern Hai Duong Province, the hotbed of transmission in Vietnam’s latest outbreak since January 27.

Vietnam’s COVID-19 tally stood at 2,571 as of Saturday morning, with 2,198 recoveries and 35 virus-related deaths, according to the Ministry of Health’s data.

Ho Chi Minh City and Hai Phong have not documented any local infections since February 11 and February 23, respectively.

Hosted by the Vietnam Tennis Federation in cooperation with the Department of Culture and Sports of Hai Phong and the Lach Tray Tennis Club, the week-long tournament is an opportunity for domestic players to hone their skills in preparing for the upcoming tournaments, while promoting the sport development across the country.

The event has attracted the participation of 128 players from 15 clubs and localities across the nation. You are invited to a music party marking the release of Red Eyed Rabbit’s new album. Programme:

11:15 – Monoheart – Alternative-rock powerhouse of the Hanoi scene and a band close to our hearts.

Lang Toi (My Village) is a delicate merge of tradition and innovation, where the poetic beauty of Northern Vietnam’s village life is presented through a new cirque approach.

Farming, building activities, traditional games, and the lifestyle of the Northern villagers are recreated through ancestral bamboo props, breath-taking cirque and acrobatics performances, and rhythmic dance, to distinct folk music from more than 20 musical instruments.

Widely known – especially in the north – cua vong is a special decorative object found in sacred worship spaces. It is a door frame divided into three parts. The right and left parts are attached to a pair of columns, close to the pair of phrases or text on the horizontal lacquered panel above.

Six giant artworks on display bring to the community the message of mindful use of plastic and limiting the negative effect it has to the environment.

All create a world of colourful plastic art, but also a prompt and much needed reminder of the real world where plastic is ubiquitous: in nature, in daily life, in and on our bodies, in life of all creatures including humans.

The Mist by Lune Production

The Mist tells the story of Southern Vietnamese farming life, expressed through neo-classic and contemporary dance performed by skilled artists.

Using rice cultivation as a metaphor to appreciate the farmers’ dedication, from the misty dawn in the fields and the hardship and will power to rise up from the humble muddy soil and brace storms, until the moment they arrive joyously like shining pearls at harvest.

The Mist is an hour of emotions, with a myriad of ups and downs, painted by sensational live music, splendid visuals, and colorful lighting effects.

Exhibition “am sang” by Nguyen Huy An 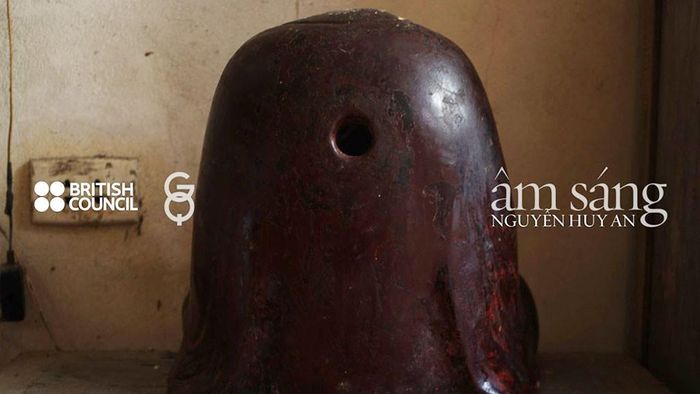 Am sang, a phrase invented by the artist, communicates a sensation of light, shadows, and reflections. While sang is translated as ‘light’, am refers to yin (the female principle in nature) and suggests the spiritual world.

In “am sang”, Huy An finds inspiration in the rich folk and religious traditions of Northern Vietnam – scavenging relics, curiosities and memories from temple sites, theatres and distinguished actors.

Yohei Yama returns to Vin Gallery with his second solo project with the gallery, four years after “The Power of Semiosis” (2015). Yama derives his works from nature, spinning the waves of the cosmos and webbing together the rhythm of natural forces. His oeuvre is distinguishable by its repetition and layering of lines, colours, patterns and more often than not creating optical effects that swell and vibrate.