The Mekong Delta’s localities need around VND8,143 billion (US$352 million) to cope with 76 severe landslide and erosion points along the riverside and coastal areas with a total length of 140 kilometers.

According to the Ministry of Agriculture and Rural Development, the worse landslides in the Mekong Delta have been due to the exploitation of water resources on the upstream rivers, especially the hydropower projects in the Mekong river’s mainstream during nearly a decade.

With the urgent situation, the Ministry of Agriculture and Rural Development is coordinating with the Ministry of Planning and Investment and other relevant units to propose the Prime Minister for a financial assistance of VND2 trillion (US$86.5 million) from World Bank’s capital sources  to support the Mekong Delta region to promptly implement works to cope with landslide.

Additionally, the ministry is reviewing the landslide hazard levels, building dyke system database and repairing landslide areas along the riverside and coastal areas in the Mekong Delta region, especially residential areas at high risk of landslide along Tien River and Hau River.

From 2018 up to now, the Ministry of Agriculture and Rural Development has been coordinating with relevant agencies and units proposing the Government, the Prime Minister and the National Assembly to give Mekong Delta provinces financial assistance of around VND6,622 billion (US$287 million) from different financial sources to deal with nearly 157-kilometer long landslides along riverside and coastal areas, contributing to stabilize the people’s lives.

In Tien Giang and Long An provinces, high-quality red-flesh dragon fruits fetch only VND6,000-VND7,000 per kilogram, and white-flesh ones are priced below VND4,000 per kg.

As for low-quality, deformed, and over-mature dragon fruits, the price is merely VND1,000-VND2,000 per kg, and traders even refuse to buy them, so dragon fruit farmers have to give them as feed to fish or cattle.

Many enterprises and establishments collecting dragon fruits in Tien Giang Province have closed due to losses.

Rows of tamarind and golden oak trees line green streets in the inner area of Tra Vinh city. They also express the longstanding affinity between the Mekong Delta and its trees.

Not just residents, visitors to Tra Vinh are also deeply impressed by the “green city”. Urban areas in the Mekong Delta are inherently greener, with canals and gardens being quite common. And Tra Vinh is greener than most, with about 14,000 old trees that have been cared for and protected by both the local government and people for more than half a century.

Greenery has become a historical part of this area, creating a unique cultural identity for the people and land of Tra Vinh.

Over the course of its 100 years, Tra Vinh city has faced a great deal of pressure and challenges from urban development and economic growth. This pressure encouraged the city to create specific plans that are appropriate for its own development.

It is no coincidence that Tra Vinh has become a “unique” place in terms of greenery and is referred to as “the city in the middle of the old forest”. The much-cherished “green treasure” of local people is a valuable example for other localities about the conservation and development of urban greenery./. 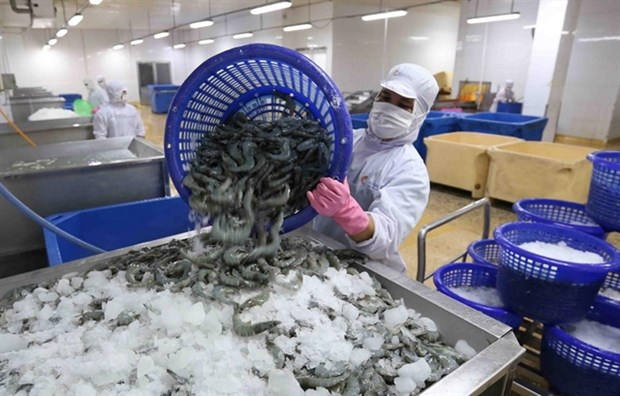 HCM City (VNS/VNA) – Despite the difficulties caused by the COVID-19 pandemic, shrimp exports by Mekong Delta provinces have increased remarkably this year thanks to efforts made by both authorities and businesses.

According to Ca Mau province’s Department of Industry and Trade, exports in the first five months are estimated at more than 423 million USD, a year-on-year increase of 16 percent.

Nguyen Minh Tuan of Minh Cuong Seafood Import-Export JSC, an old operator in the shrimp industry, said his company’s shrimp exports grew sharply this year, and it was scrupulously implementing COVID-19 prevention measures at its factory.

Many shrimp farmers in the delta continue to expand production since they earn good incomes.

According to the Vietnam Association of Seafood Exporters and Producers (VASEP), exports were worth 3.27 billion USD in the first five months, up 14 percent year-on-year.

Shrimp exports accounted for 1.33 billion USD, an increase of 14 percent.

The exports went to over 120 markets, with the US, Japan, EU, China, the Republic of Korea, ASEAN, and Australia being the largest markets, it said.

Demand for shrimp had increased significantly in many markets, while supply from India, Thailand and some other countries had fallen due to COVID-19, it said.

Taking advantage of this, Vietnamese companies had accelerated shrimp exports, it added.

According to seafood businesses, shrimp exports to the US will continue to boom this year, and they also expect to increase exports to the EU, mainly white-leg shrimps.

Seafood exports to the Republic of Korea have shown signs of recovery, and so shipments to the market would increase, they said, adding that exports to countries such as Australia, Canada, the UK, and Russia would continue to be good thanks to an increase in demand and lack of market barriers./. 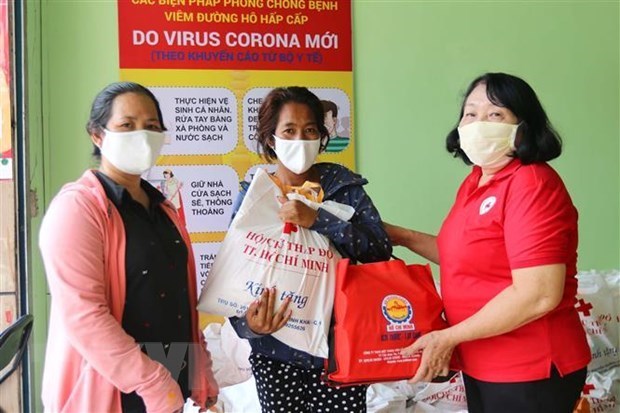 There were over 150,300 beneficiaries, including people who contributed to the country’s revolutionary cause, the poor and laid-off workers without labour contracts.

The move aimed to help local people and businesses resume production and overcome the negative impact of COVID-19, Chairman of the provincial People’s Committee Le Van Han has said.

More measures to offset consequences of the pandemic will be rolled out in the coming time, he added.

The province also provided assistance to laid-off workers who are not eligible for unemployment allowance, and small-scale firms.

The work to widen and upgrade the highways, two of which link HCMC with the Mekong Delta, will begin soon and be completed by 2025.

The widening of a seven-kilometer section of National Highway 50 that runs through HCMC’s 253-square-kilometer Binh Chanh District will cost nearly VND1.5 trillion, with VND687 billion provided by the government and the rest by the city.

It will be widened to 34 meters with six lanes.

Running 88 km (55 miles) from District 8 through Can Giuoc District in Long An Province and up to Tien Giang Province, it is a key link between HCMC and the delta.

The section in the city is narrow and frequently gridlocked, and so the upgrade will make it more convenient for transportation, especially of garbage to Da Phuoc, the city’s biggest landfill, and mitigate pressure on the city’s southern gateway.

To cost over VND3.35 trillion, renovation of a 2.5-km section of Highway No.1 in Binh Chanh will see it widened to 120 meters with 10 lanes.

The HCMC Department of Transport has described this work as “necessary and urgent” since the road is narrow but packed with all kinds of vehicles.

Since it is at the western gateway of the city and links it with the delta, it is gridlocked especially during major holidays like the Lunar New Year when migrant workers visit home and return to work in the city.

A 4.5-km section of National Highway 13 between Binh Trieu Bridge, which links Binh Thanh District and Thu Duc City, and the Binh Phuoc Intersection in Thu Duc will be widened from 53 meters to 60 meters at a cost of nearly VND10 trillion.

A one-kilometer section of the highway from Thu Duc City to the Binh Duong Province border will be widened to 53 meters at a cost of VND2.2 trillion. When completed, the two sections will help reduce congestion and develop urban areas in the east of HCMC.

Upgrading and widening a 5.4-km section of National Highway 22 in the city’s western districts of 12 and Hoc Mon will cost VND935 billion. It will have four to eight lanes and two new overpasses.

The highway connects the city and neighboring Tay Ninh Province on the Cambodian border. It usually has a high density of vehicles and congestion during rush hour.