In his opening remarks, the Bruneian official stressed that the organization of this informal meeting amid the complicated development of COVID-19 demonstrates the friendly ties and high determination of ASEAN and the bloc’s old partner China. The meeting took place as ASEAN and China have been celebrating 30 years of dialogue relations (1991-2021).

According to the Bruneian official, at the Special ASEAN – China Foreign Ministers’ Meeting held in Chongqing, China on June 7, delegates reviewed milestones and achievements of the ASEAN – China dialogue relations over the past three decades. They agreed that both sides would develop creative approaches to promote their cooperation in the future.

He added that the COVID-19 pandemic continues to test both sides’ resilience to boost regional cooperation and stressed that with the cooperation, countries will control the pandemic and cope with regional security challenges.

At the meeting, delegates reviewed the good results of the ASEAN-China defense cooperation, proposed ideas for bilateral defense ties, and exchanged viewpoints on regional and global situations of common concern.

In his speech, Vietnamese Defense Minister Phan Van Giang stressed the importance of the ASEAN – China cooperation to the peace and stability of the region.

He highly valued China’s role and the ASEAN – China defense-security cooperation in the past, especially within the frameworks of the ASEAN Defense Ministers’ Meeting Plus (ADMM-Plus) and the ASEAN Regional Forum (ARF).

The Vietnamese defense chief also voiced his support for China’s proposals on increasing mutual understanding and trust through young officer exchanges, and exchanges among defense research institutes of ASEAN and China.

He backed the establishment of a hotline between ASEAN and China defense ministers on the basis of the ASEAN direct communications infrastructure.

Regarding the East Sea issue, the Vietnamese minister suggested all involved parties should create favorable conditions for the negotiation on a Code of Conduct in the East Sea (COC) via trust building measures, refraining from actions that can further complicate the situation, and resolving disputes in a peaceful manner in line with international law, including the 1982 United Nations Convention on the Law of the Sea (UNCLOS).

Addressing the 8th ASEAN Defense Ministers’ Meeting Plus (ADMM+) held online, Minister of National Defense Phan Van Giang said peace, cooperation and stability were key to regional security, but there were security threats that need to be dealt with sooner than later.

In particular, the East Sea, known internationally as the South China Sea, plays an important role in the global supply chain, Giang said, adding that relevant parties should cooperate with each other and carry out appropriate solutions to guarantee their legal rights.

“Vietnam believes all relevant parties need to strictly abide by the principle that conflict resolution is based on peaceful methods in accordance with international law, including the United Nations Convention for the Law of the Sea,” Giang said, adding that an effective and practical COC for the South China Sea needs to be completed soon.

Authoritative forces at sea need to refrain from actions that escalate tension and complicate the situation, he said, adding that “fisherpeople need to be humanely treated under any circumstances at sea.”

The ADMM+ issued a joint statement of 18 defense ministers, stressing the importance of maintaining and promoting peace, security, stability, prosperity, safety and freedom of movement at sea and in the air to tackle maritime security challenges and resolve regional sea issues.

The statement also acknowledged the existence of unprecedented security challenges like transnational cybersecurity issues and emergency medical issues, including natural disasters and the ongoing Covid-19 pandemic. 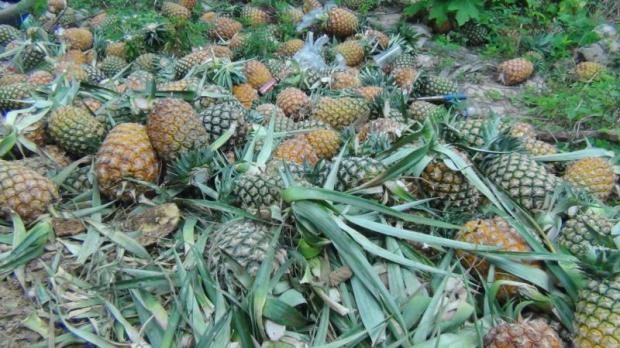 The anticipated rise in farm and food prices, especially for chicken, sugar, tapioca products and pineapples, as well as Thailand’s strict safety and supervisory measures to prevent the spread of the virus and food contamination, are factors in the food export prediction, according to the Board of Trade, the National Food Institute and the Federation of Thai Industries (FTI).

Lower exports led Thailand’s share of the world food market to drop to 2.32 percent last year from 2.49 percent in 2019. Thailand ‘s food exporter ranking in the world fell to 13th from 11th the year before.

According to Anong, Thailand’s food exports only grew to China, the US and Oceania, with outbound shipments to China amounting to 180 billion THB, up 18.1 percent, with those to the US up 12.2 percent to 119 billion THB, and Oceania up 1.7 percent to 33.1 billion THB.

Exports to other markets, particularly Africa, ASEAN, Europe, the Middle East and North Africa, and the United Kingdom all fell, she said.

China is Thailand’s top food export market, accounting for 18.3 percent of the total, followed by CLMV (Cambodia, Laos, Myanmar and Vietnam) at 13.9 percent, and Japan at 12.7 percent.