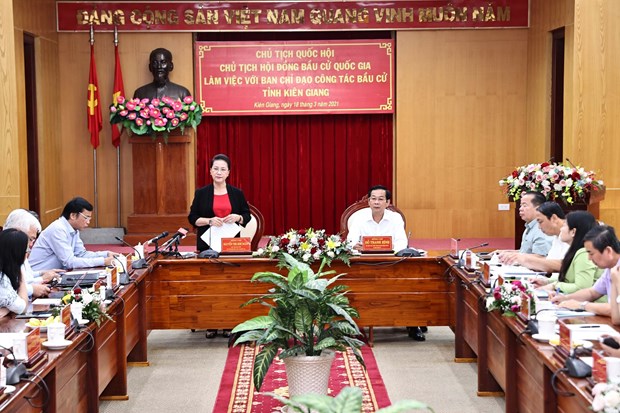 Kien Giang (VNA) – National Assembly (NA) Chairwoman Nguyen Thi Kim Ngan has required the Mekong Delta province of Kien Giang to arrange forces to keep a close watch on border trails and crossings , in a bid to maintain security, order, and safety and curb the spread of COVID-19 , especially before and during the upcoming elections.

The top legislator made the call during a meeting with the provincial steering committee for elections while on a working trip to the province on March 18 and 19.

Ngan, who is also head of the National Election Council, spoke highly of Kien Giang’s efforts in the dissemination of election documents and implementation at the grassroots level.

At present, election committees have been set up at all levels in Kien Giang, including one at provincial level, 15 at the district level and 144 at the communal level, and the province is carrying out related tasks in accordance with schedule.

The NA Chairwoman said communication campaigns must be bolstered to raise public awareness about the elections, and conferences collecting constituents’ opinions on nominated candidates need to be held in a fair, open, and democratic manner.

Ngan said that the National Election Council will consider and respond in written form regarding requests from the province on holding early elections in remote islands like Tho Chu. 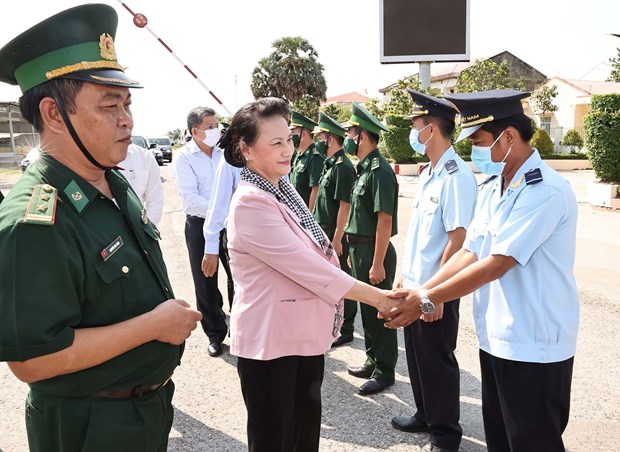 On the morning of March 19, a delegation led by the NA Chairwoman joined a working session with the steering committee for elections of the province’s Ha Tien city. 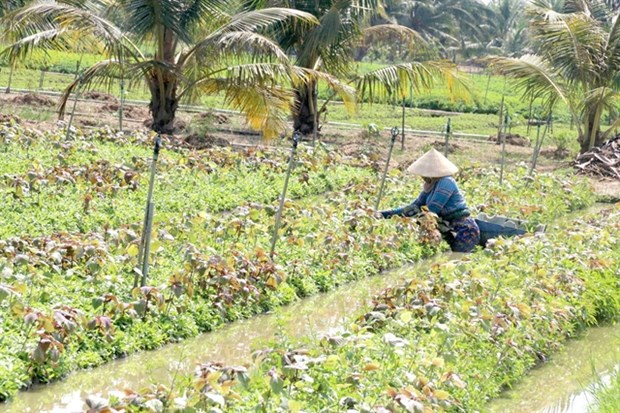 Tien Giang (VNS/VNA) – The Mekong Delta province of Tien Giang plans to expand rotation cultivation model s for rice and other crops in its eastern area in an aim to improve productivity and cope with natural disasters , its Department of Agriculture and Rural Development has said.

The eastern area, which includes Go Cong Dong and Go Cong Tay districts and Go Cong town, accounts for 28 percent of the province’s total area and has advantages in fruit orchards and marine economy, but faces saltwater intrusion and drought in the dry season.

Nguyen Van Man, director of the department, said the province plans to focus on growing more vegetables and other short-term crops to 2025 in the eastern area. Only two rice crops a year will be grown, while rice and other crops on rice fields will be rotated.

Under the plan, the province will transfer advanced farming techniques and encourage farmers to use Vietnamese good agricultural practices (VietGAP).

Co-operative groups as well as co-operatives will be expected to continue to work with companies to secure outlets for their members.

Go Cong Dong district, one of the major producers of rice and agricultural products in Tien Giang, has 10 agricultural co-operatives that have contracts with companies.

This has helped secure outlets and provide stable incomes for their members.

The co-operative produces high-quality rice on 50ha with an output of 250 tonnes a crop, he said. Companies purchase its rice at a price of 300 VND a kilogramme higher than the market price, he said.

The co-operative will also encourage its members to expand the use of hydroponic farming, net houses and poly-green houses to grow vegetables.

The three co-operatives have contracted with farmers to buy vegetables and later sell them to supermarkets and wholesale markets in and outside the province.

All communes in Go Cong Dong have agreements between companies, cooperatives and farmers to secure outlets for rice, vegetables and fruits for co-operative members.

To mitigate the impact of saltwater intrusion in the dry season this year, farmers in the eastern area have switched to growing vegetables or short-term crops on 2,700ha of rice fields that have problems accessing irrigation water.

In the ongoing 2020-21 winter-spring crop, farmers in the eastern area have planted more than 11,500ha of various types of vegetables and other short-term crops, which offer higher profit than high-quality rice, according to the department.

Farmers who grow leaf vegetables can earn a profit 2.6 times higher than that from high-quality rice ./. 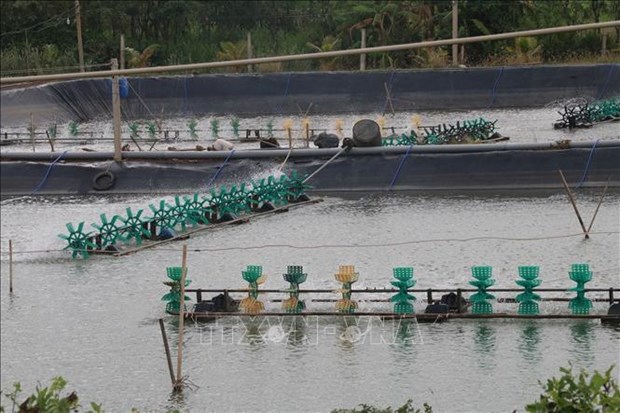 Located in the downstream area of the Tien River , the two localities aim to produce over 50,000 tonnes of aquatic products for domestic consumption and export.

Head of the Go Cong Dong office for agriculture and rural development Nguyen Van Qui said the district is endowed with a 20-km coastline and so boasts great potential for salty and brackish water aquaculture. It has so far established two concentrated farming areas.

The district is now working to diversify its farming methods to meet market demand and lessen the risks facing farmers.

To boost agricultural production restructuring efforts and to capitalise on potential in local land and labour, particularly for salty and brackish water aquaculture, the locality has developed high-tech shrimp farming for export in Phu Thanh and Phu Dong communes, while building a shrimp-rice farming area in Phu Tan, according to Nguyen Van Hai, head of the district’s office for agriculture and rural development. 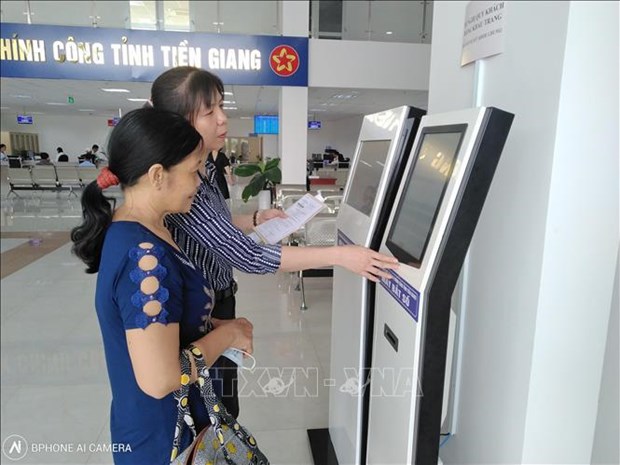 Tien Giang (VNA) – The Mekong Delta province of Tien Giang is focusing all resources on speeding up the reform of administrative procedures and expanding the use of information technology (IT), which has effectively contributed to fostering local socio-economic development.

According to assessments from the provincial People’s Committee, administrative reform has been carried out effectively by all local departments and sectors.

The year 2020 was also the fourth year Tien Giang implemented a project on “Application of information technology in State offices”. All local offices have used software to receive and handle documents, and applied the province’s “single window” software to receive, handle, and return documents. 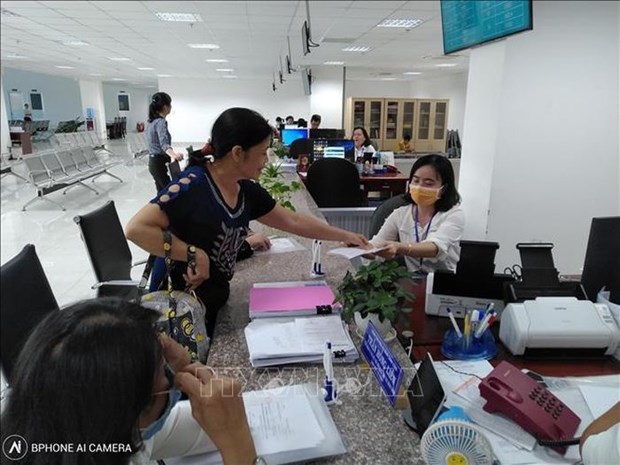 To better serve locals and businesses, the provincial People’s Committee has asked leaders of units and localities to continue stepping up administrative reform and IT application at State offices, which are considered important solutions to realize three breakthrough missions set out in the resolution of the 11th provincial Party Congress.

The resolution requires that the top leaders of offices and units must play the leading role in the work.

Besides, the province will continue revising legal documents and administrative procedures to ensure their legality and feasibility./. 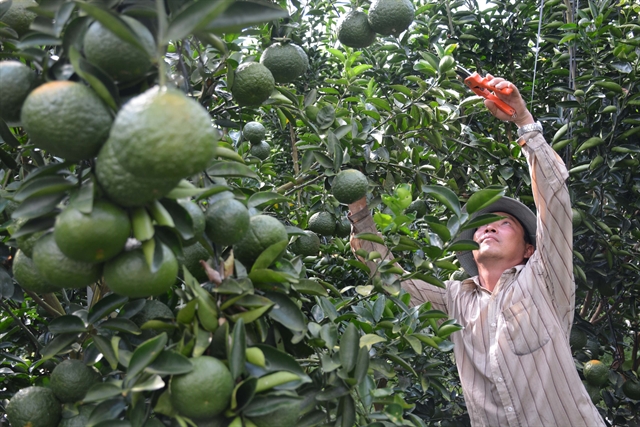 AN GIANG – The Cửu Long (Mekong) Delta province of An Giang will spend more than VNĐ30.5 billion (US$1.3 million) this year to implement projects under the National Target Programme on Sustainable Poverty Reduction.

Poor households will receive support to pursue agricultural production or business, while poverty-reduction models will be expanded in border communes, according to the province’s Department of Labour, Invalids and Social Affairs.

In An Giang, poor and near-poor households live mostly in mountainous or remote areas and in ethnic-minority dominated areas.

The province in recent years has implemented various measures to help poor households escape poverty. Its Fund for the Poor mobilised more than VNĐ948 billion ($40.8 million) from various sources over the past five years.

More than 80 per cent of households applying poverty-reduction models escaped poor or near-poor status over the past five years.

Though the province has achieved positive results, some poor households have waited for assistance from the State and community even after receiving vocational training, jobs and soft loans for doing business, according to the province’s Department of Labour, Invalids and Social Affairs.

Châu Văn Ly, director of the department, said: “The province will strengthen communication with poor people to understand their wishes and have measures to help them do production or business to improve their income and life.”

It will also help more poor households access soft loans for doing production or business, provide vocational skills and jobs for the poor, and create favourable conditions for the poor to escape poverty on a sustainable basis.

The province will set up a criteria system to monitor and evaluate poverty-reduction work at all levels, especially in districts and communes. – VNS 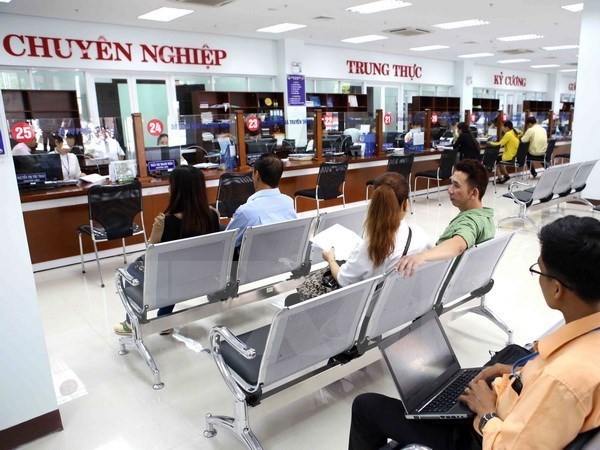 Bac Giang (VNA) – Local authorities said Bang Giang will promote the implementation of new and innovative models and solutions, applying sound and effective measures in administrative reform. The province will also focus on improving the quality of public employees and reforming State administrative agencies at all levels, building e-government and raising the quality of public services.

It will enhance the online settlement of administrative procedures according to Government Decree No 45/ND-CP dated April 8, 2020, and will also focus on institutional reform; the reform of the State administrative organisations and public services; improving the quality of public employees; public finance reform; and developing e-government.

Last year, Bac Giang introduced a range of initiatives and solutions to improve the quality and efficiency of administrative reform to serve people and businesses. Agencies and localities registered a total of 44 new initiatives and solutions that have helped them achieve outstanding results, including deploying “five on-site” administrative procedures (receiving, evaluating, approving, stamping, and returning results) at the provincial Public Administration Service Center. The implementation of administrative procedures on the spot aims to contribute to ensuring they are handled quickly and conveniently, reducing the cost and time facing citizens and organisations. Document processing was implemented in a public and transparent manner, avoiding bureaucracy. Administrative procedures were digitised, processed, and approved online, and results determined right at the provincial Public Administration Service Centre. 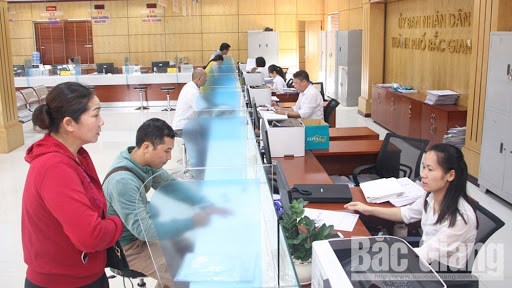 The province has shortened time in handling many administrative procedures in the province have been cut, for instance reducing from three days to half a day the time needed for the registration of private enterprises, the establishment of one, two, or more member limited companies, joint stock companies, and partnerships, and the re-issuance, change, adjustment of health insurance cards; and reducing from 3 days to 60 minutes the re-issuance of business registration certificates and corrections to business registration information, among others.

The Bac Giang Department of Information and Communications has piloted the integrated solution Smart e-KYC (remote customer identification). Instead of asking residents, businesses, and organisations to meet directly to cross-check submitted documents, Smart e-KYC performs identity checks entirely on a digital platform, with dynamic processes and artificial intelligence technology. This solution has helped save labour and shortened the time for handling administrative procedures for citizens, organisations, and enterprises as well as officials at “one-stop shops”./.