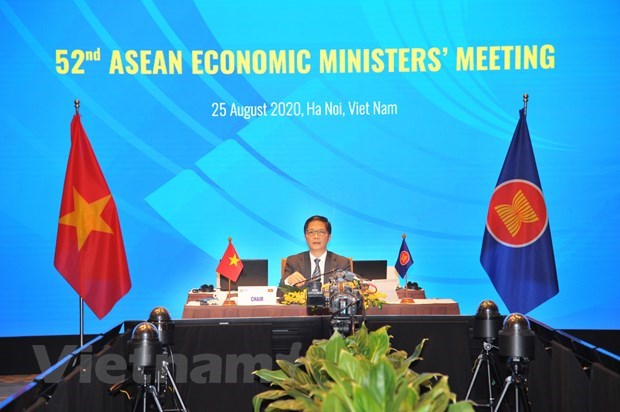 Hanoi (VNA) – The 52nd ASEAN Economic Ministers’ Meeting (AEM-52) and the bloc’s dialogues and consultations with partners at the economic ministerial level took place through teleconferencing on August 25.

The event, chaired by Vietnamese Minister of Industry and Trade Tran Tuan Anh , was attended by economic ministers of the ASEAN member states, the ASEAN Secretary-General and representatives of the ASEAN Business Advisory Council .

Officials reviewed the implementation of economic initiatives in 2020, when Vietnam is holding the ASEAN Chairmanship. They also looked into developments of COVID-19 and the region’s response to this pandemic, including its ability to roll out a comprehensive recovery plan.

The AEM-52 also discussed recommendations submitted by the group specialised the ASEAN economic integration to the economic ministers, the report by senior economic officials to economic ministers, preparations for dialogues with partners and the regional business community, and the reform process of the World Trade Organisation (WTO).

Participants considered and approved some main documents submitted by ASEAN senior economic officials, including the ASEAN digital integration index, terms of reference on the connectivity of ASEAN innovation centres, and the guidelines for the promotion of inclusive business in the bloc.

Of those documents, the ASEAN digital integration index and the terms of reference on the connectivity of ASEAN innovation centres are among the 13 priority initiatives raised by Vietnam as ASEAN Chair in 2020.

The remaining initiatives are still under consultation and have their implementation bolstered. They are expected to be completed in the year, as scheduled. 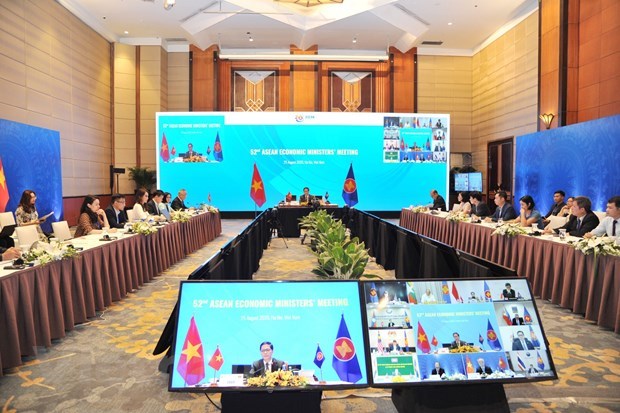 In addition, the meeting exchanged views on the global and regional economic situation, including economic impacts of the COVID-19 outbreak.

Although the COVID-19 pandemic remains complex and unpredictable in many ASEAN countries, Vietnam has still been exerting efforts to proceed with meetings at ministry, department and working group levels to sustain operations of the ASEAN economic cooperation framework and step up trade, investment, connectivity and innovation.

The country has proactively proposed and engaged in regional initiatives to push ahead with economic recovery while maintaining regional and global production and supply chains.

Vietnam is holding the ASEAN Chairmanship this year under the theme “Cohesive and Responsive”./.