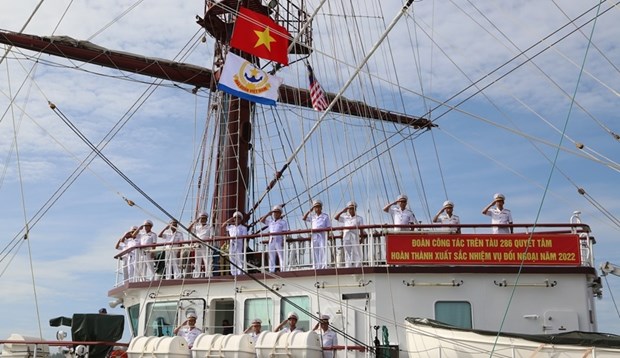 Hanoi (VNA) – Sailing Ship 286-Le Quy Don of the Vietnam Naval Academy and a delegation of the Vietnam People's Navy arrived at Lumut port in the Malaysian state of Perak on October 4, beginning a visit to Malaysia. Malaysia n Navy, said the Malaysian Navy wishes to enhance cooperation and mutual understanding between the two navies through the visit. 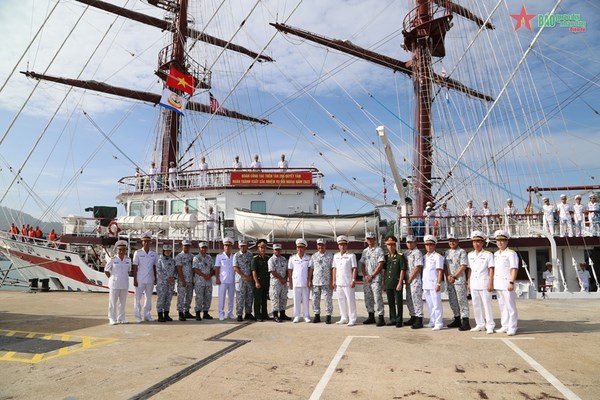 For his part, Colonel Huynh Vinh Tuyen, deputy director of the Vietnam Naval Academy, emphasised that collaboration between the two navies is considered a bright spot in the Vietnam-Malaysia defence cooperation. Since 2010, the two countries have established a bilateral naval consultation mechanism to periodically determine specific contents of cooperation in the future, he said, adding that the two navies have so far conducted three consultations. visit he wants to convey a message of friendship, desire for cooperation, trust and mutual understanding between the two navies and armies. /.

Vietnamese navy ship arrives at Lumut port, beginning Malaysian visit have 281 words, post on en.vietnamplus.vn at October 5, 2022. This is cached page on VietNam Breaking News. If you want remove this page, please contact us.