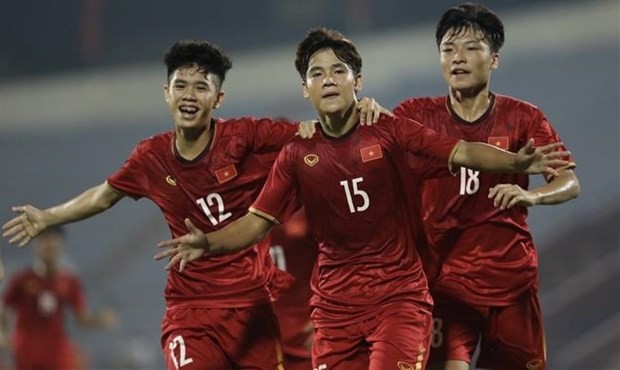 Right in the first minutes of the first half, Vietnamese players created situations to attack both sides of their opponents, forcing U17 Chinese Taipei's defenders to struggle to resist.

In the 18th minute, from a fast counter-attack of U17 Vietnam on the right wing, followed by a right pass from Phung Van Nam for Bui Hoang Son, striker Son put the ball into the net of Chinese Taipei, opening the score 1-0 for Vietnam.

In the second half, U17 Vietnam had many accurate passes from the wings to the goal area of U17 Chinese Taipei, while the rivals are quite awkward in coordinating passes. 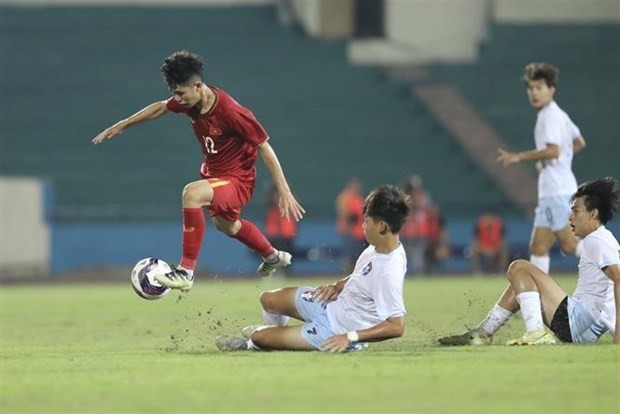 The efforts of U17 Vietnam finally paid off in the 72nd minute. From a quick and excellent attack from the right wing, Nguyen Hoang Anh, who substituted for Bui Hoang Son, made an accurate cross for Nguyen Le Phat, who made a strong head shake to break Chinese Taipei's net, raising the score to 2 – 0 for Vietnam.

The Vietnamese players continued to have fast and accurate attacks. From Le Dinh Long Vu’s cross in the 79th minute, Hoang Anh scored the third goal for Vietnam by just a light shot.

By his precise and powerful shot in the 81st minute, Nguyen Le Phat made the Chinese Taipei players unable to react, raising the score to 4-0 for Vietnam.

The qualifiers of AFC U17 Asian Cup 2023 gathers 44 teams, which are divided into 10 groups. The teams will compete in a round-robin format in each group to determine the top 10 teams and the best five runner-ups to advance to the final round.

Vietnam beats Chinese Taipei 4-0 in AFC U17 Asian Cup 2023’s qualifiers have 404 words, post on www.sggpnews.org.vn at October 6, 2022. This is cached page on VietNam Breaking News. If you want remove this page, please contact us.