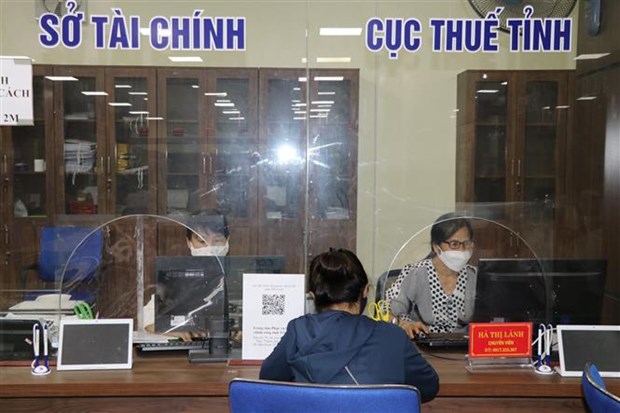 Hanoi (VNA) – State budget collection in the January-September period was estimated at over 1.32 quadrillion VND (55.9 billion USD ), reaching 94% of the yearly target, and up 22% from the same period last year, according to Deputy Finance Minister Nguyen Duc Chi.

At a press conference on September 29, the deputy minister said domestic collection accounted for 88.9% of the yearly estimates, up 18.8% year-on-year.

The ministry said 61 out of 63 provinces and cities have met over 75% of their targets in domestic collection, and 52 localities have collected higher tax revenues than the same period last year.

The country's state budget expenditure in the January – August period reached 1,086.3 trillion VND, equivalent to 60.8% of the year’s estimate and up 5.4% year-on-year.

Based on the budget revenues in the first nine months of the year, the ministry forecast that the economy would expand 7 – 7.5% this year while export value would increase by 9.46% and import value by 10.5% year on year./.

State budget collection almost reaches yearly target have 290 words, post on en.vietnamplus.vn at September 29, 2022. This is cached page on VietNam Breaking News. If you want remove this page, please contact us.