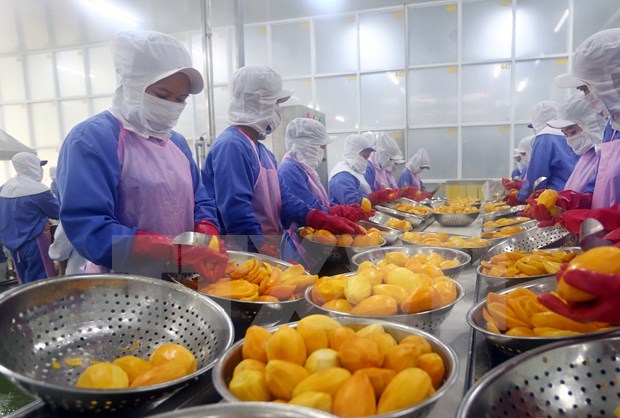 A processing line of mango for exports at Nafoods Southern Company (Photo: VNA)

Hanoi (VNA) – A number of fruits grown in Vietnam have successfully entered high value and challenging markets and the country is constantly seeking ways to beef up its economic power via fruit exports.

About half a century ago, Vietnamese families could only dream of having sufficient food to eat, facing dreadful famines and malnutrition. It may be unthinkable for some of them that one day, people are able to sufficiently provide for themselves with nutritious, tasty and safe food.

The Southeast Asian nation earned nearly 2 billion USD from fruit and vegetable exports in the first seven months of 2022.

China has been Vietnam's largest importer for years. Although shipments to the northern neighbour recently saw a downturn as a consequence of its stricter rules on imported food, Vietnamese fruit and vegetables enjoyed strong growth in other major markets such as the US, the Republic of Korea, Japan, and Australia.

Many exporters are turning their eyes to European markets where their products enjoy zero-percent tax rate under the EU-Vietnam Free Trade Agreement (EVFTA), and these markets are seeing increasing demand for tropical fruit and vegetables. 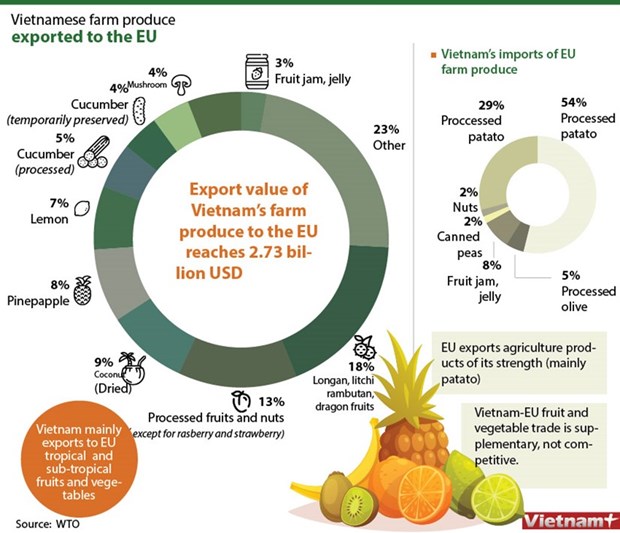 Data from the General Department of Customs shows Vietnam's fruit and vegetable export turnover to Europe in 2021 hit 303 million USD, up 17.4 percent year-on-year.

Negotiations are also underway for other fresh fruits to enter new markets.

In order to seize opportunities, many localities are preparing growing areas and material sources.

The Mekong Delta province of Tien Giang, Vietnam's largest fruit-growing province, is seeking to expand plantations to help increase farmers' incomes and exports. The province has in recent years turned a lot of unproductive rice and other fields into high-value orchards that can adapt to saltwater in rivers and drought. 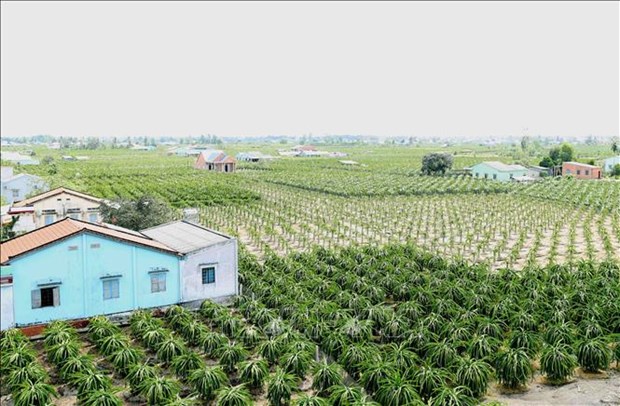 Similarly, the Central Highlands province of Gia Lai has made passion fruit one of its four key fruits. It plans to increase its passion fruit plantations to 20,000ha by 2025, surging five-fold from the current area.

To ensure the sustainability of fruit exports and further penetrate into traditional markets and even high-end ones, safe production will be a vital factor, which will amplifying the country's agricultural strengths so as to reinforce its position as one of the world's major fresh fruit exporters.

In 2021, after pesticide residue excessing permitted level was detected in several batches of Vietnamese durians, Japan increased inspections of durians imported from Vietnam, making it more difficult for the fruit to reach the Japanese market. 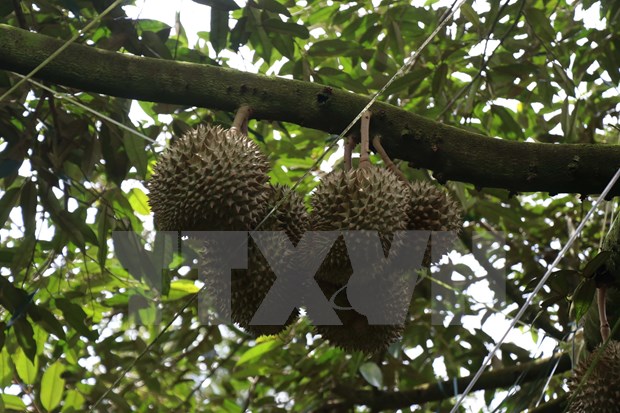 Other demanding markets such as the US and European countries insist on Global Good Agricultural Practice (GAP) compliance and a strict chemical residue threshold for Vietnamese durian. Durians that do not tick all the boxes risk being rejected.

This can cause great losses for farmers and fruit exporters, as well as the economy and reputation of Vietnam.

Additional effort, time and budget are needed to follow safe production regulations. However, it would be more difficult to regain trust of export markets if standards are not met.
The World Bank report on Food Safety Imperatives also points out that countries with high food safety incidents may suffer from huge economic losses as well as lose out on global trade opportunities./.
Nguyễn Trà Mi VNA

Vietnam’s quest to turn fruit export potential into power have 654 words, post on en.vietnamplus.vn at September 14, 2022. This is cached page on VietNam Breaking News. If you want remove this page, please contact us.