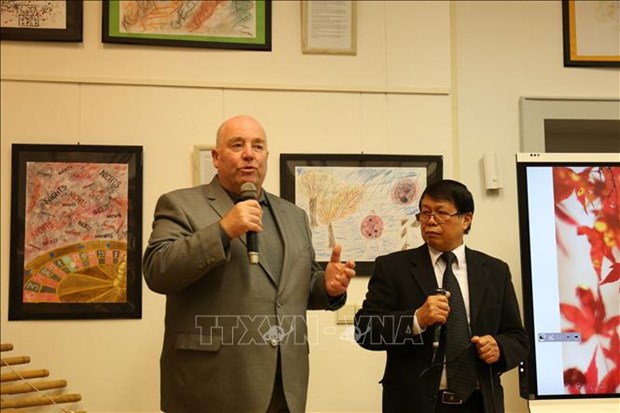 Berlin (VNA) – “Vietnam is part of my heart,” stated President of the Germany-Vietnam Friendship Association Rolf Schulze, who served as German Ambassador to Vietnam during 2007-2011, while attending an event to introduce traditional costumes and musical instruments of Vietnam .

He said the event reminds him of sweet memories during his time in Vietnam.

Schulze affirmed that the Germany-Vietnam Friendship Association is working hard to not only connect the two nations but also contribute to strengthening the relations between the two countries.

Vietnamese Ambassador to Germany Vu Quang Minh hailed the efforts of the Thang Muoi (October) Art Club, the organiser of the event, in preserving and promoting the traditional culture of Vietnam among the Vietnamese community here.

Participants at the event were impressed by a special ” Ao dai ” (traditional long dress) show performed in the background of Vietnamese melodies from traditional musical instruments./.

Vietnam's traditional costumes, music impress German friends have 318 words, post on en.vietnamplus.vn at September 25, 2022. This is cached page on VietNam Breaking News. If you want remove this page, please contact us.