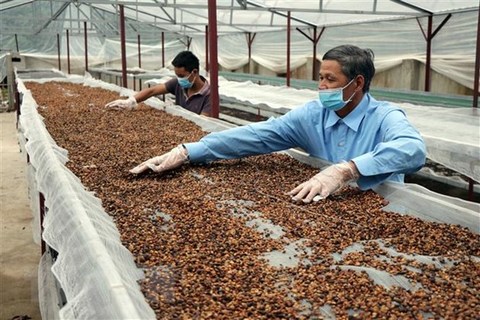 Vietnamese businesses must stay vigilant and do their homework to avoid trade and legal disputes in exporting to the UK to take full advantage of the United Kingdom-Vietnam Free Trade Agreement (UKVFTA), which officially went into effect last May, say industry experts and policymakers.

The agreement was intended to provide both sides with the same trade benefits under the previously signed EU–Vietnam Free Trade Agreement (EVFTA ) as the United Kingdom has left the EU.

Early signs have shown a positive effect on bilateral trade with Vietnamese exports experiencing a 16.4 per cent boost at US$5.76 billion compared to figures recorded in the same period before the agreement went into effect. Vietnamese agricultural products, in particular, have seen the strongest gain with a 16 per cent increase compared to the previous year, reaching over US$230 million.

The trade agreement has provided Vietnamese products with a competitive edge in the UK market over competitors who have yet to sign a trade agreement with the kingdom. Key Vietnamese exports to the UK included seafood, agricultural products, textile, footwear, wood furniture and handicraft.

The UK is considered a major target for Vietnamese exporters with a large margin for growth. The kingdom, prior to Brexit, was Viet Nam's third largest trading partner within the EU.

According to the MoIT, the UK imported $700 billion worth of products in 2019. Of which, Vietnamese products only accounted for $6 billion with key exports including textile, footwear, wooden furniture and rice.

However, Vietnamese coffee and rice exporters have not been able to take advantage of improved bilateral trade with Vietnamese rice and coffee only accounting for 0.45 per cent and little under 5 per cent of the UK's imports, respectively.

Experts say a major hurdle for Vietnamese agricultural produce has been quality. The UK is and will remain a market with the highest standards when it comes to quality and safety. Vietnamese exporters must first acquire either Global GAP or Euro GAP (Good Agricultural Practice) along with a host of other internationally recognised quality standards such as the ISO, SA and ILO before they may attempt to enter the UK market.

In addition, they must seek to improve product quality as competition in the UK market is fierce with strong contenders including products from Thailand, Malaysia, Indonesia, South Africa and India.

Vietnamese businesses, however, will likely see an uptick in the number of trade and legal disputes in the years to come as a side-effect of increased bilateral trade, say industry experts and policymakers.

By the end of the first quarter of 2022, Vietnamese businesses have been involved in more than 210 trade defence cases related to anti-dumping or anti-subsidy activities with more than half of the cases arising in the last five years. The figure will likely continue to rise as the country has been ramping up its efforts to boost exports, said the head of the department of economic integration under the Ministry of Industry and Trade (MoIT) Lam Thi Quynh Anh.

“It has a lot to do with the nature of the new generation FTAs Viet Nam has been committed to,” said Anh.

“New generation FTAs, the EVFTA and the UKVFTA for example, cover many more aspects than just commercial activities including labour rights, environmental preservation and fair trade with a focus on sustainable development,” she said.

This requires businesses to evolve and take a more comprehensive approach to exporting, which at the moment has been identified as a major weakness for Vietnamese exporters. 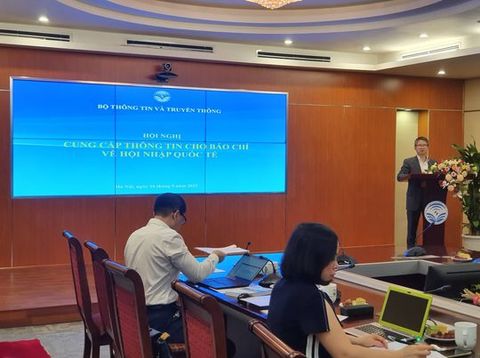 A government official from the Ministry of Foreign Affairs during a briefing to businesses on new-generation FTAs. — VNA/VNS Photo

To make matters worse, it showed little improvement over a study by the chamber done in 2019. Of over 8,600 privately-owned businesses in the study, only 3 per cent said they possessed a “solid understanding”.

For example, when asked about the Comprehensive and Progressive Agreement for Trans-Pacific Partnership (CPTPP) only one out of 20 businesses said they understood how the CPTPP would affect their business operations. Notably, nearly seven per cent admitted they possessed no understanding of the CPTPP.

Industry experts have voiced their concerns over Vietnamese businesses' lack of preparedness and said they may soon face the consequences of the rising number of trade and legal disputes as the UKVFTA drives up bilateral trade.

Nguyen Thi Thu Trang, director of VCCI's WTO and integration department, said in order to mitigate damage caused by trade and legal disputes Vietnamese exporters must take the initiative by conducting a comprehensive study of the trade agreement and employ the services of professionals if necessary.

She also urged government agencies and the media to step up efforts to raise awareness of the importance of fully understanding not just the opportunities but also the challenges and potential disputes that are part of the FTAs. — VNS

Trade and legal disputes part of the game with UKVFTA have 1155 words, post on bizhub.vn at September 24, 2022. This is cached page on VietNam Breaking News. If you want remove this page, please contact us.