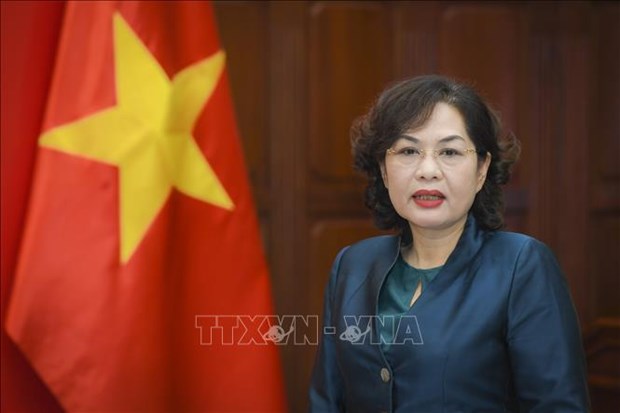 According to the governor, after the Fed hiked the interest rate on September 21, currencies in many countries have depreciated against the US dollar, such as theEuro by 1.31%, British pound by 0.95%, and yuan by 0.44%.

As of September 21, the US dollar had increased 15% compared to 2021 and 19% year-on-year. This is the highest increase in the past 38 years and is also the reason why other currencies have depreciated sharply against the US dollar.

In that context, the Vietnamese currency is still among the least depreciated in the world, Hong stated.

She went on to say that the biggest challenge in macroeconomic administration is to control inflation, although international organisations have assessed that this year, Vietnam will be able to curb inflation below 4% as the target set by the National Assembly.

SBV to keep close watch on Fed moves: Governor have 344 words, post on en.vietnamplus.vn at September 22, 2022. This is cached page on VietNam Breaking News. If you want remove this page, please contact us.