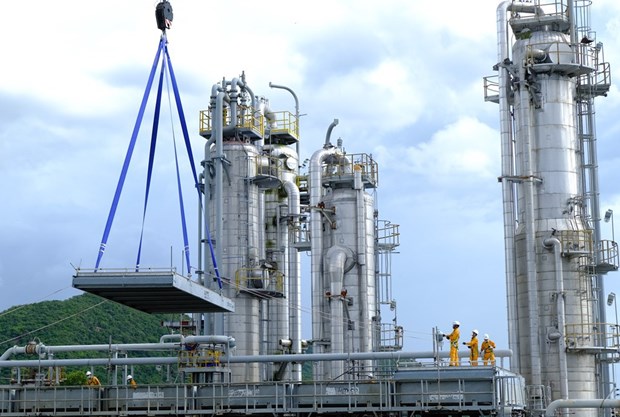 The firm's revenue reached an estimated 76.5 trillion VND in the period, representing a rise of 30% compared to the same period last year.

1MMTPA Thi Vai LNG project invested by PV GAS in Cai Mep Industrial Park in the southern province of Ba Ria – Vung Tau is ready to receive gas for the first time early next quarter, while the signing of LNG contract for trial operation is underway.

To fulfill its production and business targets in 2022, PV GAS continues efforts to ensure stable and safe operation of gas facilities.

It will work regularly with relevant ministries and sectors to increase gas supply for power production, and control the progress of and ensure capital for important projects./.

PV GAS’s pre-tax profit up nearly 62% in 9 months have 291 words, post on en.vietnamplus.vn at September 27, 2022. This is cached page on VietNam Breaking News. If you want remove this page, please contact us.