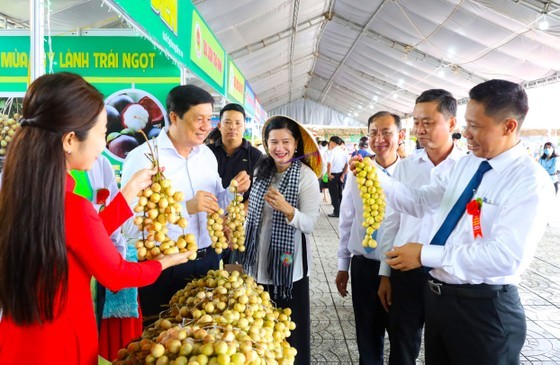 Can Tho City’s leaders visit a display booth of fruits.
The festival which is part of activities celebrating World Tourism Day on September 27th attracts 60 display booths of 10 units of provinces and cities.
The event aims to promote Can Tho tourism and Phong Dien district's ecological tourist sites and orchards that have attracted a large number of local and international visitors to the city over recent years.
The festival will include a series of activities, such as a seminar introducing a set of green tourism criteria, the introduction of popular tourist areas of the Mekong Delta region in 2022, performances of Don Ca Tai Tu Nam Bo (southern amateur music) , fruit arrangement performance, a contest of southern traditional cakes and dishes, a marathon, boat race and folk games. 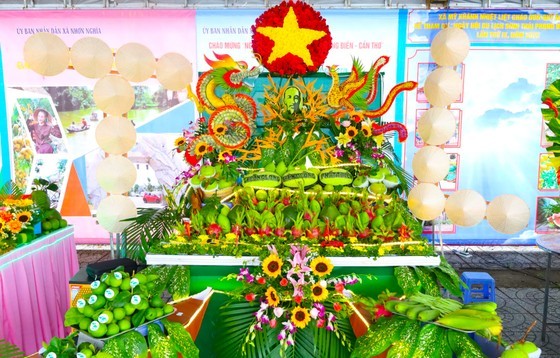 A fruit arrangement
Speaking at the opening ceremony, Director of the Department of Culture, Sports and Tourism of Can Tho City Nguyen Minh Tuan said that the city's tourism industry has seen a strong recovery with a sharp increase in tourists. Can Tho received nearly four million visitors in the first eight months of this year, presenting a year-on-year increase of 91 percent. Revenue from tourism reached more than VND2,600 billion, up 104 percent compared to the same period last year.
The 9th Phong Dien-Can Tho Ecotourism Festival 2022 will run until September 26. 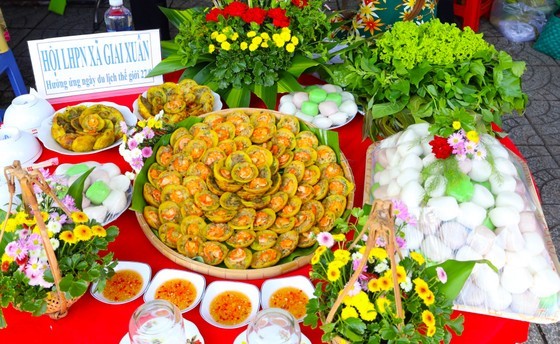 Many southern traditional cakes are displayed in the festival. 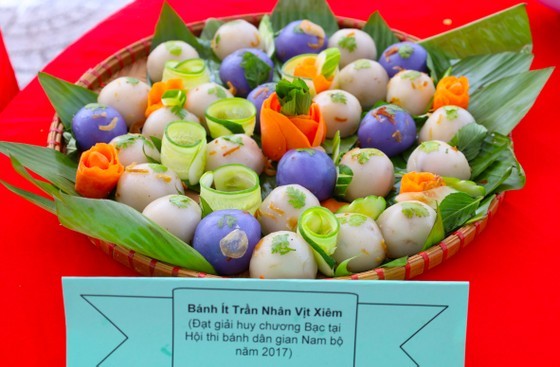 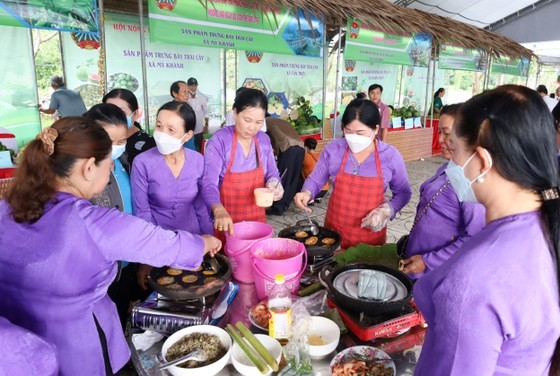 A performance of folk cake making

Phong Dien-Can Tho Ecotourism Festival 2022 opens have 364 words, post on www.sggpnews.org.vn at September 24, 2022. This is cached page on VietNam Breaking News. If you want remove this page, please contact us.