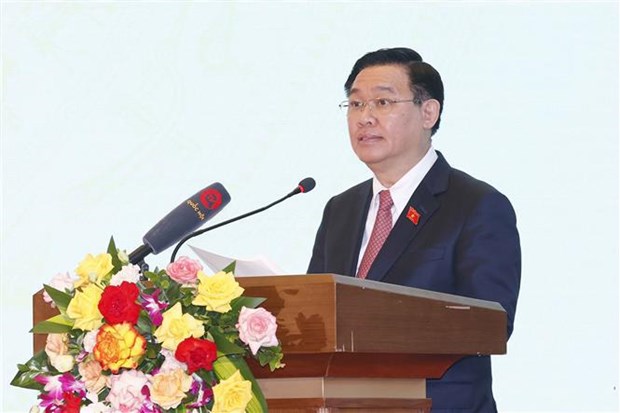 Speaking at the event, NA Chairman Hue asked the committee to fully grasp the Party's guidelines on national defence and security, especially the Resolution adopted by the 13th National Party Congress and another on the national protection strategy in the new situation set at the 8th plenum of the 11th Party Central Committee.

It was required to soon engage in the building and perfection of laws, resolutions and ordinances in assigned fields; work closely with relevant agencies to ensure the progress and quality of assigned law-making tasks, actively study legislative tasks related to ensuring social safety and order or recent emerging issues.

He also suggested the committee improve the quality of supervision over the settlement of suggestions, and provide better consultancy for the NA and the NA Standing Committee over the country's important issues in national defence and security.

In particular, the committee needs to work closely with relevant ministries and agencies, including the Ministries of National Defence, Public Security and Foreign Affairs, to consult its operations and the United Nations peacekeeping operations in accordance with international agreements, conventions and practices to which Vietnam is a member, he said.

The NA Chairman highlighted the need to continue strengthening the contingent of cadres and civil servants, ensuring that each must have a solid political stance, stay absolutely loyal to the Party and people, and meet working requirements in the new period.

On the occasion, President Nguyen Xuan Phuc presented a first-class Labour Order to the NA's Committee for National Defence and Security in recognition for its contributions./.

NA’s Committee for National Defence and Security marks 30th anniversary have 444 words, post on en.vietnamplus.vn at September 23, 2022. This is cached page on VietNam Breaking News. If you want remove this page, please contact us.