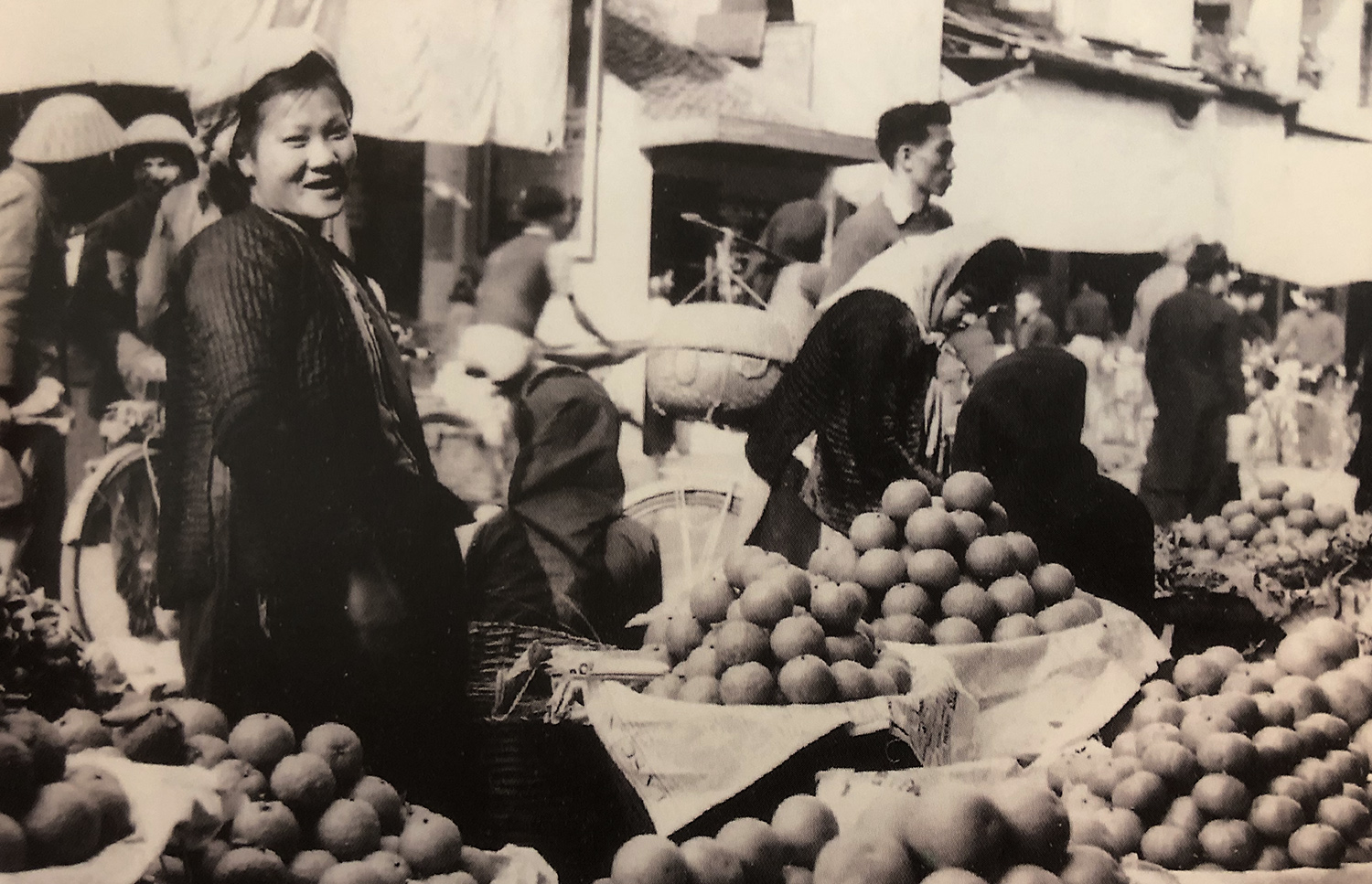 A woman sells oranges on Hang Buom Street during the Lunar New Year season in 1955.

The photo is one of more than 20 works exhibited at an exhibition – “Ganh hang rong (Street vendor shoulder pole) – organized by the French Institute in Vietnam and the Institute of the Far East (EFEO) from September 23 to November 5 at Institute of Cultural Exchange with France (Idecaf) in HCMC's District 1.

The exhibition displays photographs taken 1930-1950 by French photographers during their trips to Vietnam at that time.

Since 2008, Hanoi authorities have banned the once ubiquitous vendors, who roamed the streets with two heavy baskets balanced by a bamboo pole on their shoulders, from major streets in the capital. 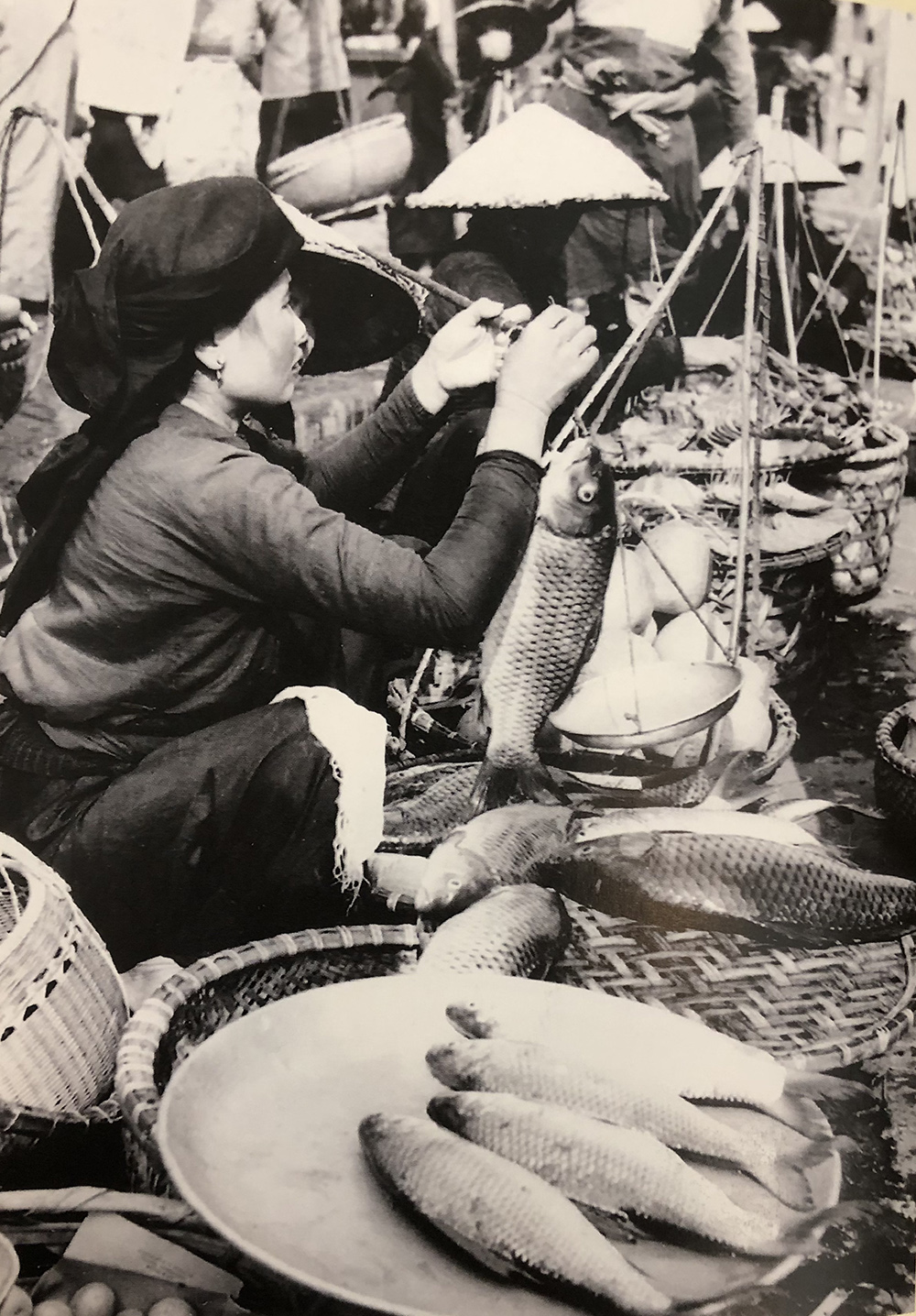 Olivier Tessier from the Institute of the Far East, who has studied Vietnamese culture for many years, said the street vendors in the past mainly came from poor villages surrounding Hanoi that served as an agricultural hub providing the vital service of supplying food to more than 100,000 people in the inner city. 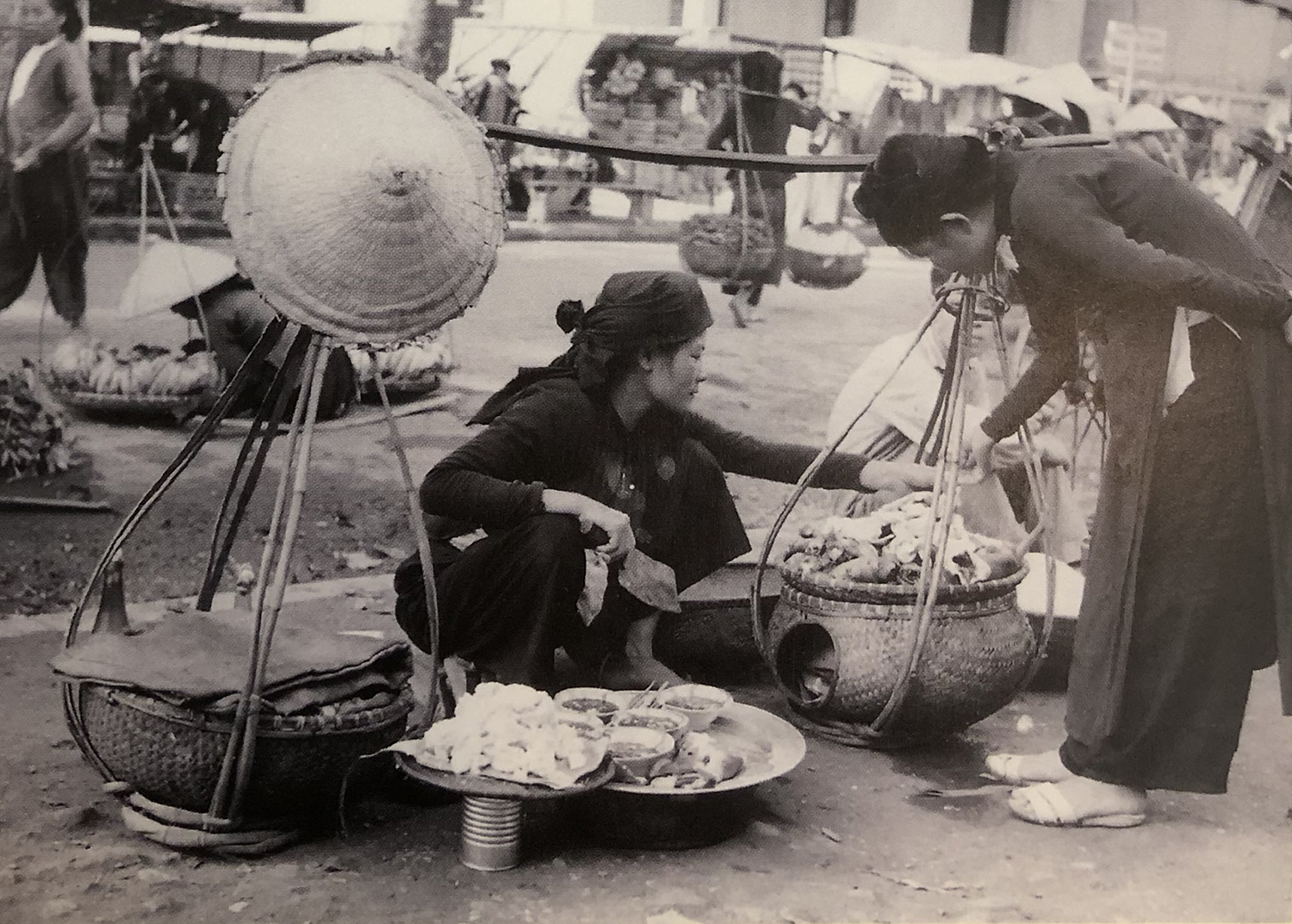 A street food vendor sells pig’s intestine soup on a Hanoi street. The image of women squatting on the ground and selling goods carried in rattan baskets is a scene that has disappeared forever. The loose-fitting ao dai that women wore then are also a thing of the past. 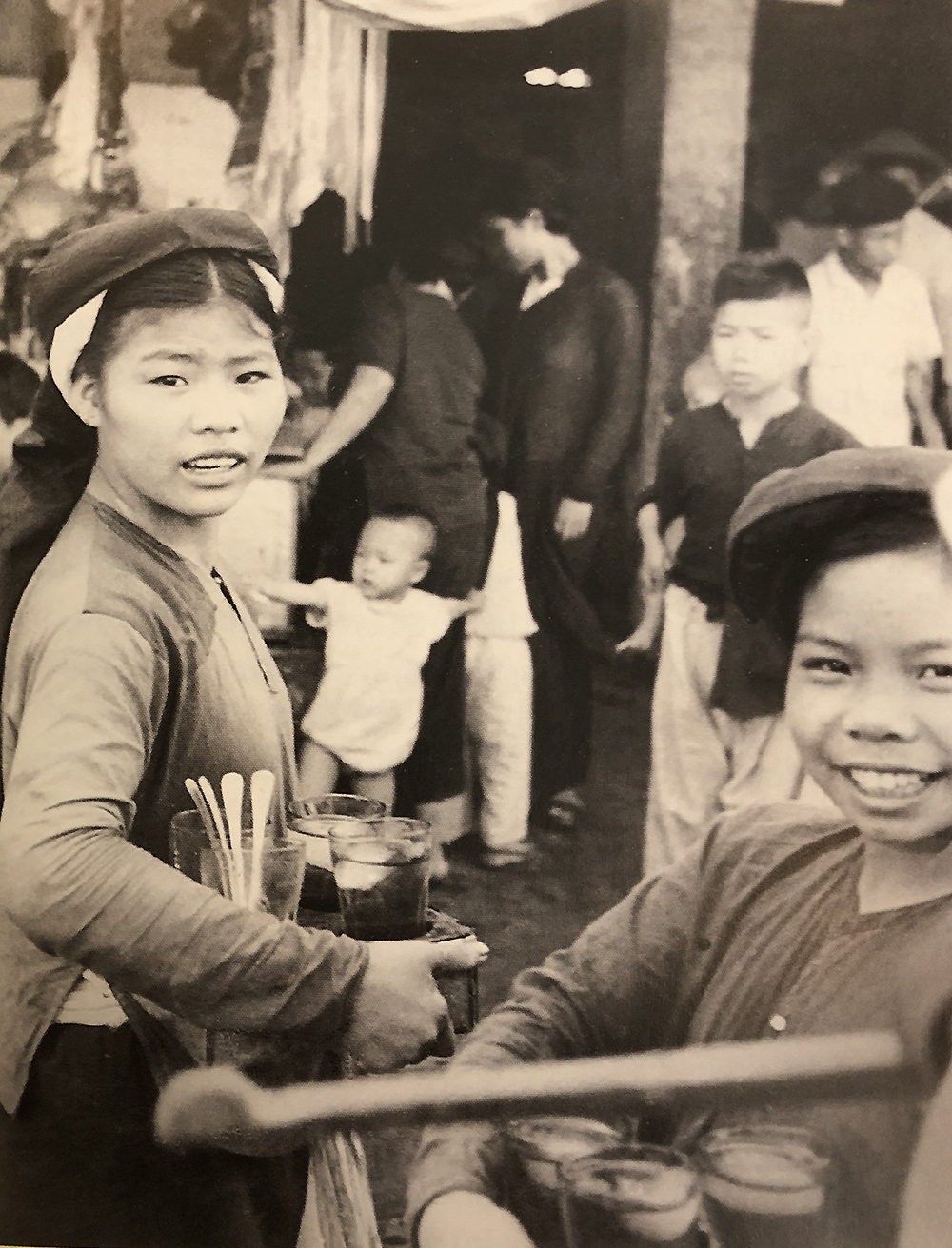 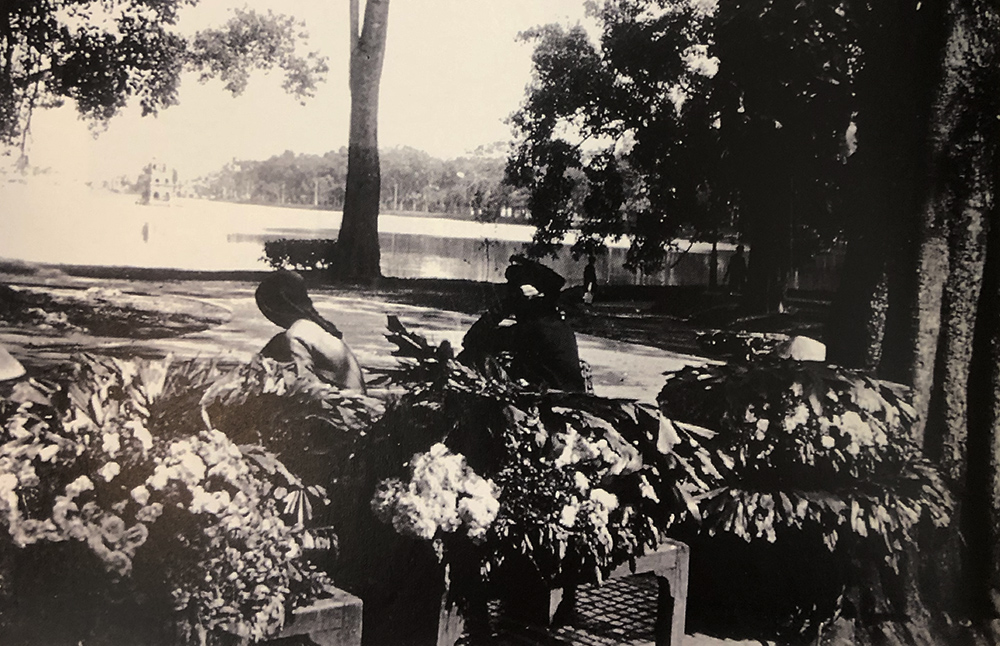 Bunches of fresh flowers are sold along Hoan Kiem (Sword) Lake on wooden stools. This is another sight of the heart of Hanoi that is far removed from today. The sellers are women from Ngoc Ha and Huu Tiep flower villages. It is said that a the banks of the Hoan Kiem Lake used to become a "flower market" because demand was high, particularly from the French colonialists. 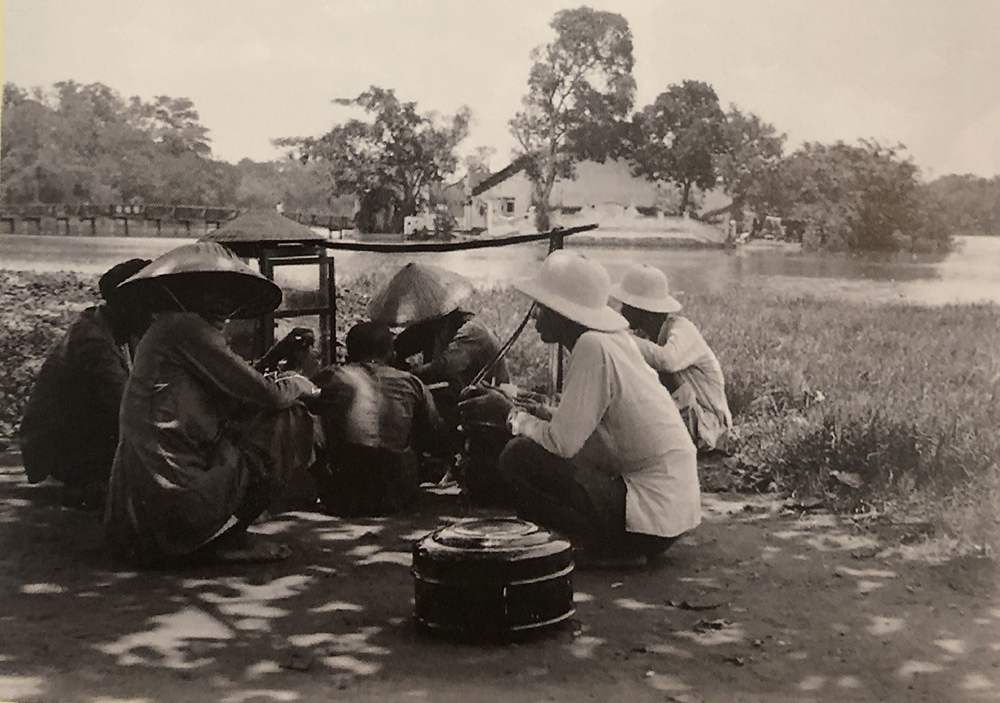 The iconic Vietnamese soup is famous around the globe today was then sold by people carrying baskets on bamboo shoulder poles. Today, the soup is served at food stalls or restaurants. 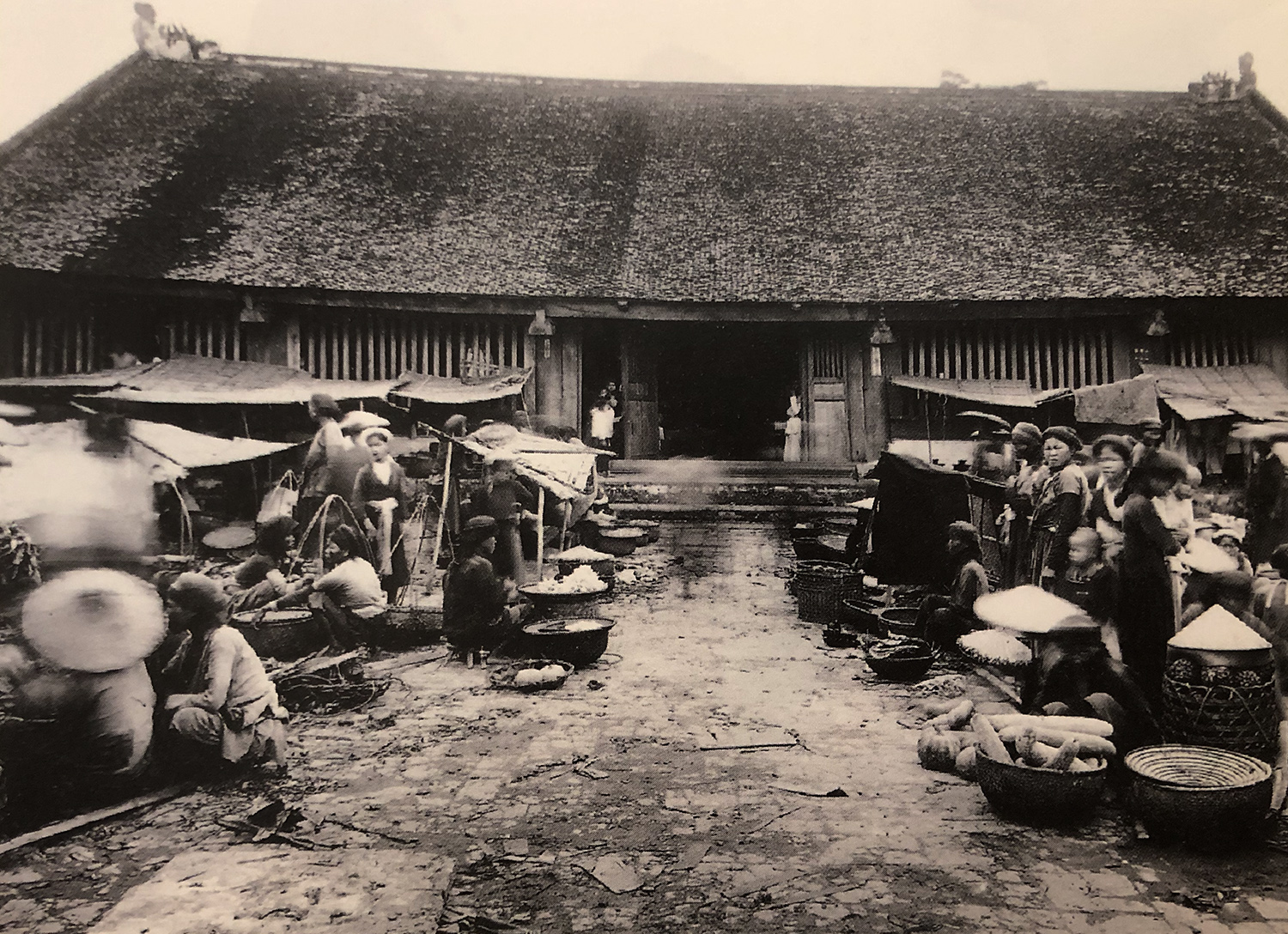 A morning market in front of a communal house at the Bat Trang pottery village. The village is a tourist attraction today and its pottery creations have acquired a worldwide reputation. 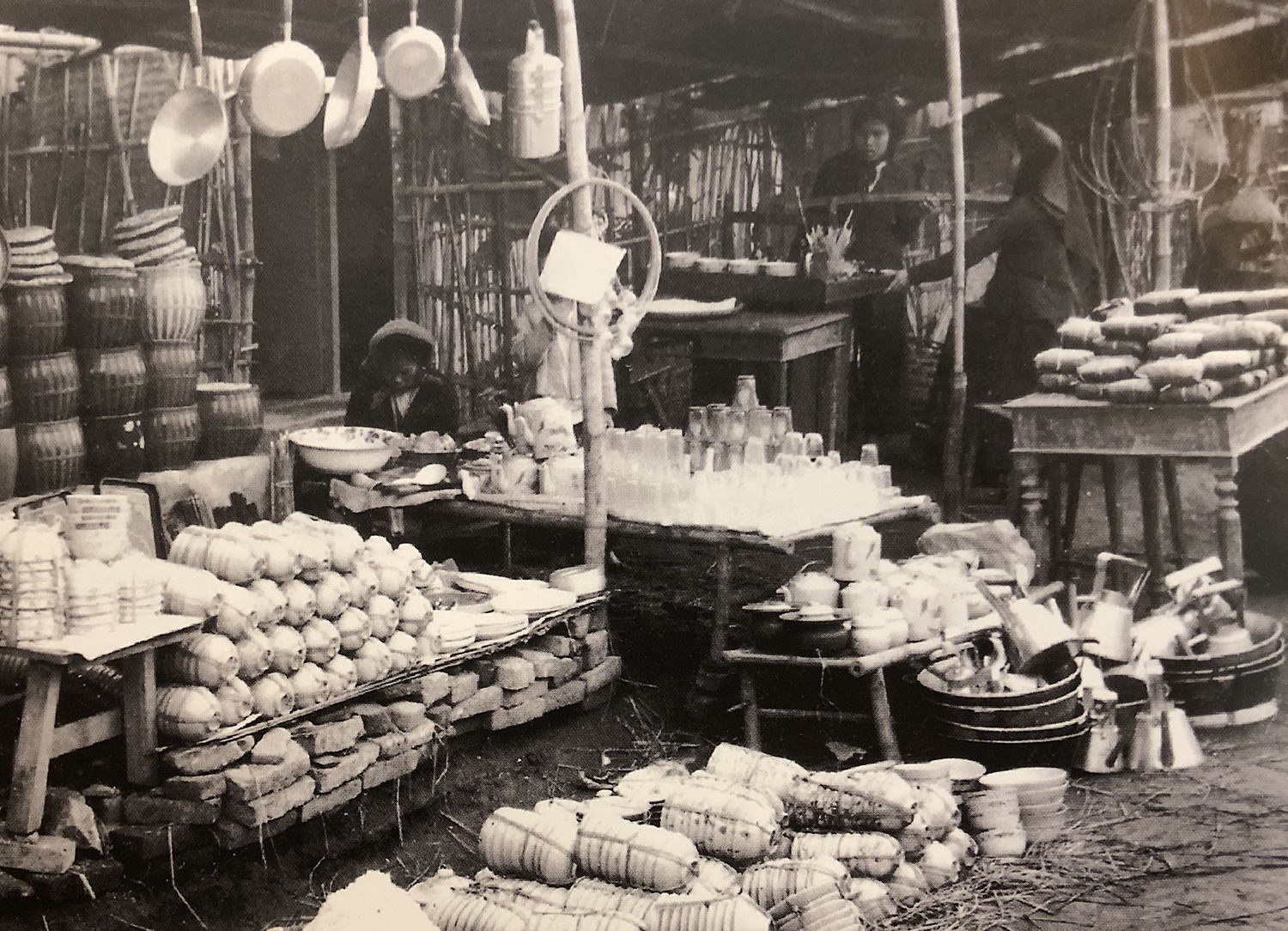 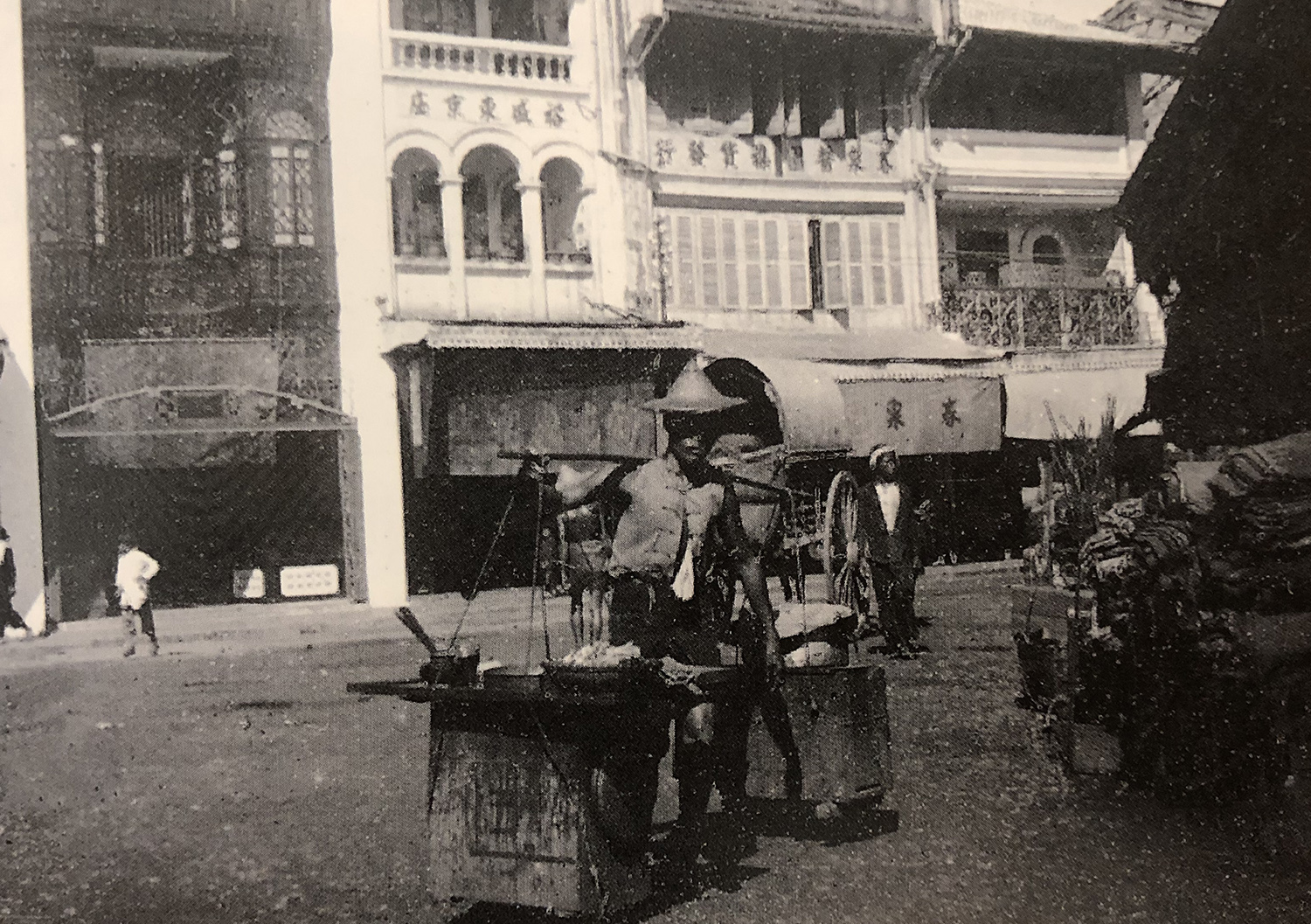 A pho seller walks on a Hanoi street with all the items of a food stall balanced on his shoulder. On one end of the pole is a coal stove and cooking pot. The other side has cups, bowls, chopsticks and condiments that the soup is served with. 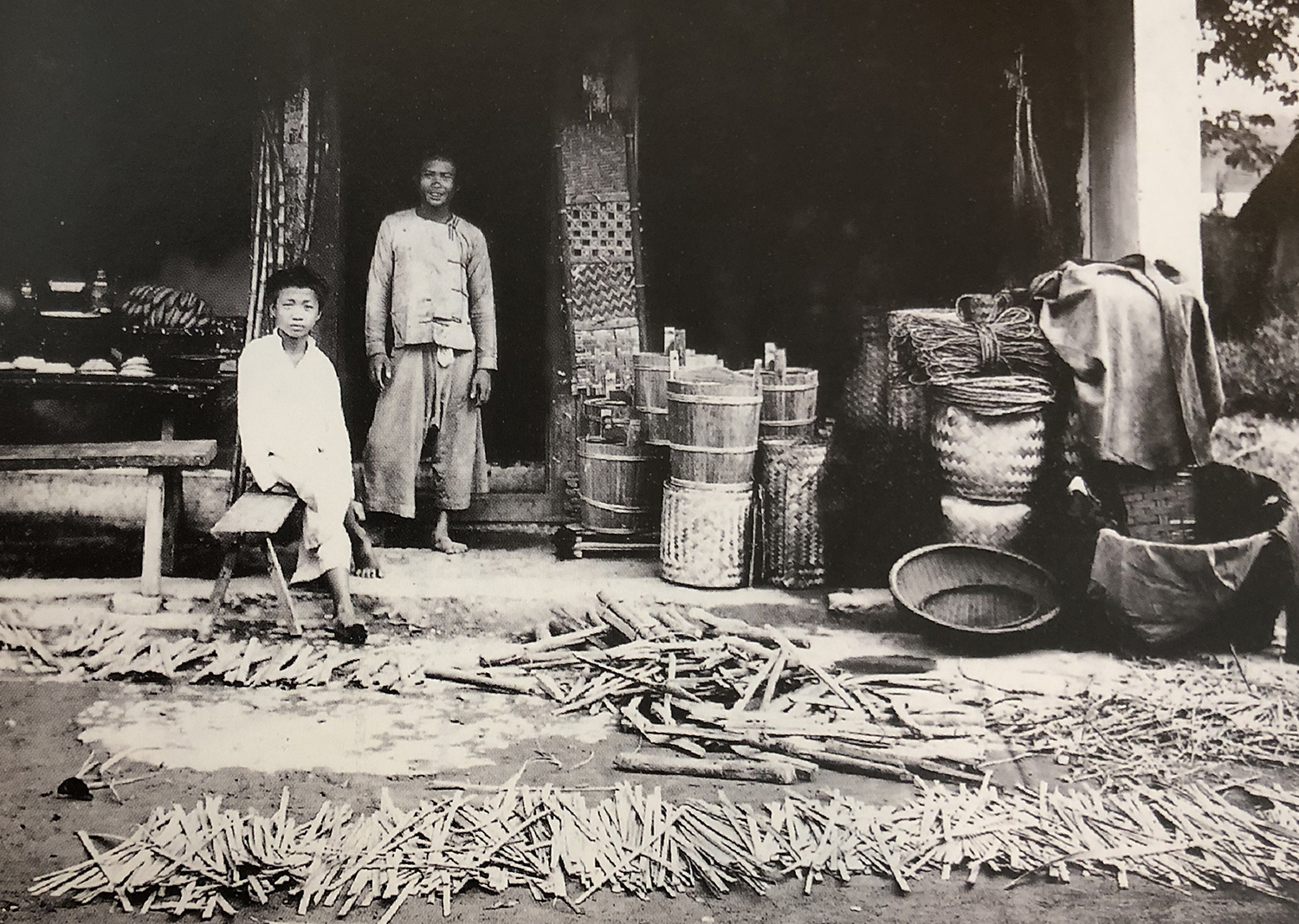 Sellers of tea, mats and bamboo baskets in Hanoi. 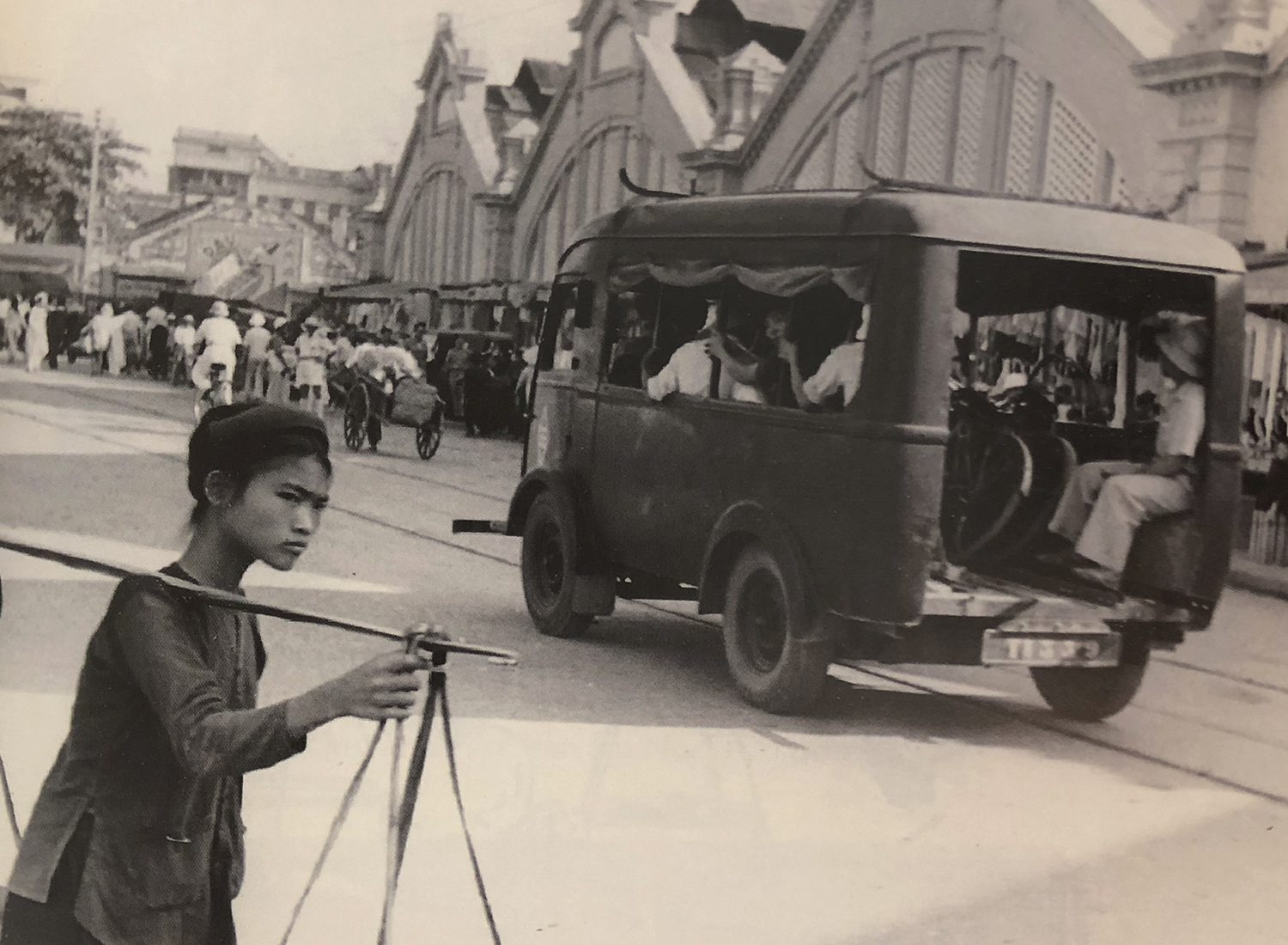 In front of the Dong Xuan Market in Hanoi.

Established in 1889 during French colonial times, this is the oldest wholesale market in the city and all its residents have fond memories of the place. Just a few steps from the Old Quarter, customers visited the market for clothes, electronic goods and thousands of other items. 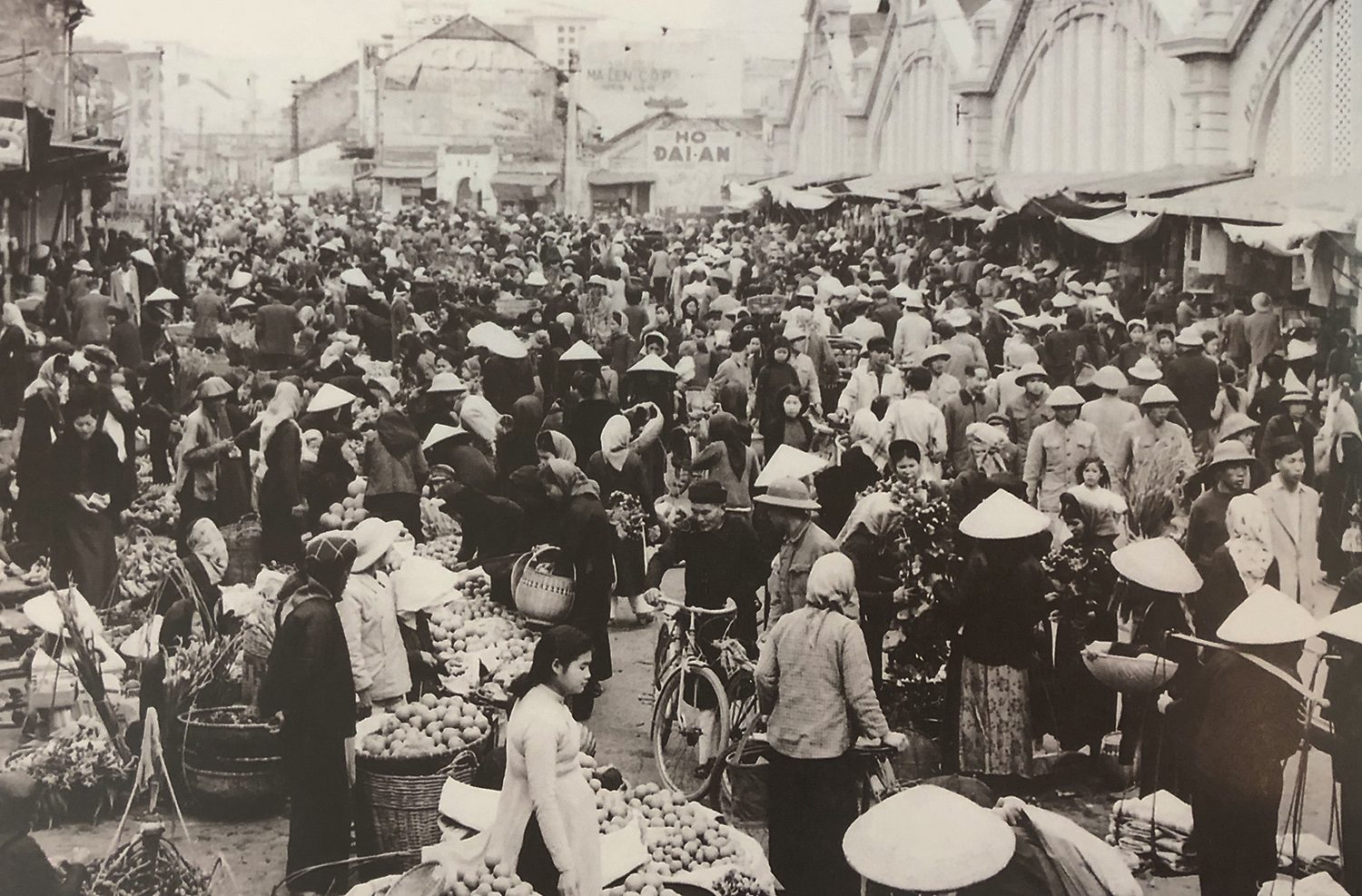 It is Tet 1955, and there is hardly any room to move about in front of the Dong Xuan market.

Fanny Gouzou, 35, a French tourist who visited the ongoing exhibition, said she was moved by the beauty of street female vendors in Hanoi in the mid-20th century, despite having to work hard to support their families.

She said she would find postcards to print old photos of Vietnam as gifts for friends.

Exhibition shows Hanoi street vendors from a bygone era have 698 words, post on e.vnexpress.net at September 26, 2022. This is cached page on VietNam Breaking News. If you want remove this page, please contact us.