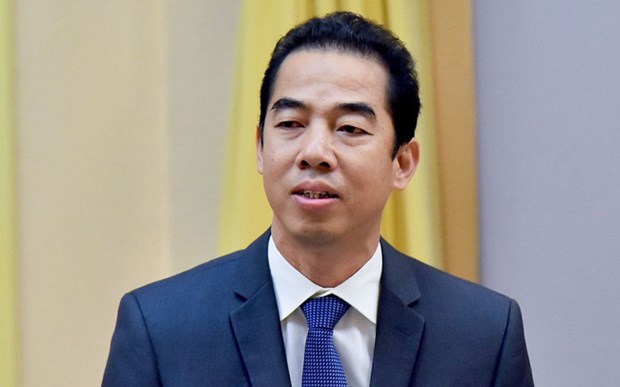 The meeting discussed disciplinary measures against Dung, member of the Party delegation to and Deputy Minister of the Ministry of Foreign Affairs; and Nguyen Quang Linh, Assistant to Politburo member and Standing Deputy Prime Minister Pham Binh Minh.

After considering proposals by the Party Central Committee 's Inspection Commission, the Secretariat concluded that Dung lacked a sense of responsibility; violated the Party's regulations and the State's law while leading, directing, and proposing the organisation of flights repatriating Vietnamese citizens amid the COVID-19 pandemic; and received bribes.

Investigation has been launched into the charge and Dung put into temporary custody.

Meanwhile, Linh abused his position; violated working principles and regulations; violated the Party's regulations and the State's law while proposing and seeking permission for businesses to organise repatriation flights amid the pandemic; and also breached the rules on the things the Party members must not commit, according to the Secretariat.

The Secretariat held that Dung and Linh had not made self-improvement; shown degrading political thought, morality, and lifestyle; infringed the Party's regulations and the State's law on corruption and negative phenomena prevention and control; and violated the rules on the things the Party members must not commit as well as the responsibility for setting good examples, causing "very serious" consequences, stirring public concern, and negatively affecting the Party organisation's reputation.

Given this, the Secretariat decided to expel Dung and Linh from the Party and asked relevant agencies to impose administrative discipline on them in line with the Party's disciplinary action./.

Deputy Foreign Minister To Anh Dung expelled from Party have 437 words, post on en.vietnamplus.vn at September 27, 2022. This is cached page on VietNam Breaking News. If you want remove this page, please contact us.