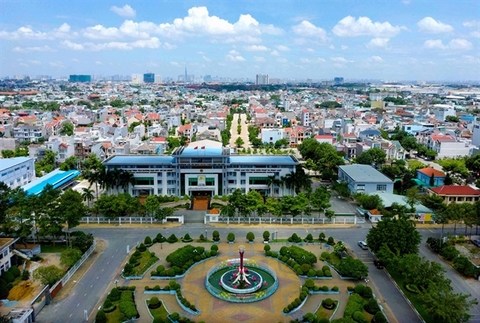 The southern province of Binh Duong has called for investment in the development of social housing projects due to a shortage of supply.

Mai Hung Dung, standing vice chairman of the People’s Committee of Binh Duong, said the development of social housing in the province has not yet met the demand, nor has it attracted much investment.

The investors of these projects would also get preferential credit loans from policy banks and commercial credit institutions and receive financial support in constructing technical infrastructure systems.

At the same time, the province has proposed the Government pump capital from the State budget to the Bank for Social Policies for eligible workers taking the loans to buy or rent social housing products with preferential interest rates.

The province has also requested the Government issue a separate mechanism for social housing projects to attract investors.

The Government should also clarify the process of selecting investors for social housing construction projects stipulated in the Housing Law; and simplify investment, land and construction procedures for those projects, according to the province. In addition, it needs to have tax exemption and reduction for investors who build houses for workers.

Besides that, it is necessary to have land, finance and construction incentives for households and individuals to invest in building rental housing. That would improve the quality of housing for lease and employees’ quality of life.

The law does not allow investors to develop housing projects in industrial zones. However, there is a need for workers’ accommodation with basic social infrastructure facilities in industrial zones, especially during the COVID-19 pandemic period, as production must be maintained, but workers’ health must also be ensured.

The province has proposed policies on encouraging investment in the development of housing for workers with other services such as kindergartens, supermarkets, and cultural and sports facilities. This would improve the living standards of workers in industrial zones.

The province requires investors of 31 existing projects, over an area of ​​​​about 100ha, to keep to the schedule of social housing construction. The province will withdraw licences from projects that are behind schedule.

Meanwhile, many real estate enterprises have returned to investment in social housing projects for low-income people in Binh Duong, solving the supply shortage.

On September 23, the Housing and Urban Development Investment Corporation (HUD) will start a residential project located in Chanh My ecological urban area, Thu Dau Mot City. This project has 978 apartments with a total floor area of about 83,000sq.m.

According to the Binh Duong Department of Construction, in the 2016-2020 period, the province targeted investment for social housing projects with a total area of 2 million sq.m, meeting the housing needs of workers in the province.

In addition, the social housing land fund in 32 commercial housing projects with about 100ha has not yet been constructed.

Le Hoang Thang, a labourer working in Di An city, said the province’s social housing projects are mainly invested in by industrial, urban and transport infrastructure developer Becamex IDC Corp, who are in Thu Dau Mot, Thuan An, Ben Cat and Bau Bang, but not yet in Di An City.

Moreover, most of the current social housing houses are quite small compared to a family of four, while their quality and management are not assured.

Nguyen Thanh Huy, vice chairman of the Di An City People’s Committee, said that Di An is the gateway city of Binh Duong, so it has an important position in urban development. The city has more than 500,000 people, including about 300,000 temporary residents.

The city has six industrial zones and one industrial cluster attracting 245,000 workers. However, the housing supply is still limited.

At present, the city has two social housing projects under construction to provide 1,204 apartments in the future.

Between 2026-2030, Di An will also have three housing projects with a land fund for social housing.

Bui Nguon Phong, general director of Le Phong Group, said that his firm is currently implementing the Tan Dong Hiep social housing project in Di An City. The project has nearly 1,000 apartments with an area of ​​​​30-64sq.m. The project is expected to be completed in the fourth quarter of 2023.

However, many enterprises no longer want to invest in social housing development because of the rising cost of land and building materials and the lack of favourable policies and procedures, Phong said. — VNS

Binh Duong encourages enterprises to invest in social housing have 972 words, post on bizhub.vn at September 30, 2022. This is cached page on VietNam Breaking News. If you want remove this page, please contact us.