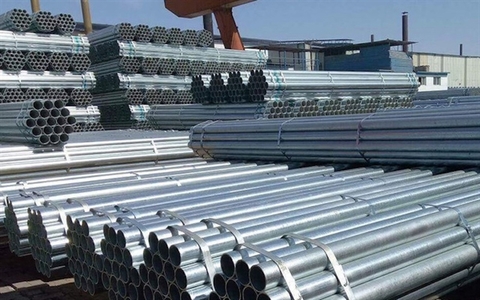 The US Department of Commerce (DOC) has launched a trade remedy duty evasion investigation into a number of steel pipe products imported from Viet Nam. — Photo diendandoanhnghiep.vn

The Mexican Secretariat of Economy has announced an anti-dumping investigation into cold-rolled steel imported from Viet Nam, according to the Ministry of Industry and Trade (MoIT).

Statistics from the International Trade Centre (ITC) showed that Viet Nam earned US$220 million from exporting iron and steel, mostly those coded HS 7209 and 7210, to Mexico in 2020, an increase of 70 per cent compared to 2019. The export earnings of cold rolled steel which are under investigation reached $50 million.

After officially initiating the case, the Mexican investigation agency sent questionnaires to relevant businesses for responses before September 6, but the deadline may be extended. The agency is expected to issue a preliminary decision within 130 days after the initiation of the investigation.

The MoIT recommended that Vietnamese businesses review the production and export of products involved in the investigation. They were also advised to fully cooperate with the Mexican investigation agency while coordinating with the ministry during the process for timely support.

The US Department of Commerce (DOC) also announced that it has launched a trade remedy duty evasion investigation into a number of steel pipe products imported from Viet Nam.

According to the MoIT's Trade Remedies Authority of Viet Nam, in this case, the plaintiffs, including US large steel pipe manufacturers, accused Viet Nam of importing hot rolled steel (HRS) – the main raw material for the production of steel pipes – from China, Taiwan (China), the Republic of Korea, and India, and then simply processing them into steel pipes and exporting them to the US in order to avoid the respective trade remedies that the US is applying to these countries.

According to US law, relevant parties have 30 days from the date of initiation to submit comments and provide counter-information to US investigative agencies. Within 300 days of initiation, the DOC must issue a final conclusion of the case, which may be extended, but for a total period not exceeding 365 days.

Earlier in May, the US received requests to investigate against trade remedy tax evasion with a number of Vietnamese steel pipe products.

The Trade Remedies Authority of Viet Nam advised relevant steel pipe producers and exporters to continue studying the regulations and procedures for trade remedy evasion investigation in the US.

In addition, businesses need to properly and fully comply with the requirements of the US investigation agency and closely coordinate with the authority throughout the case, it said. — VNS

Vietnamese steel faces more trade remedy lawsuits have 532 words, post on bizhub.vn at August 10, 2022. This is cached page on VietNam Breaking News. If you want remove this page, please contact us.