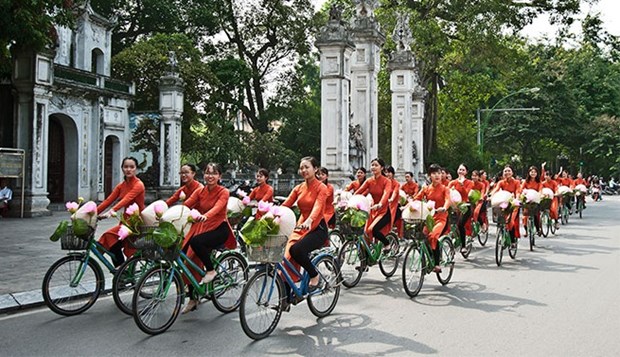 Hanoi (VNA) – Regulators, civil society organisations and the private sector put forth various recommendations to strengthen financial resources to promote gender equality in Vietnam during a conference in Hanoi on August 17.

They suggested ways to apply gender-responsible budgeting , ensure that the needs of women, men and others are fully considered throughout the budget cycle, and reinforce supervision by the communities, such as civil organisations and people, over public investment budget allocation from a gender perspective.

The conference on "Strengthening Financial Resources to Advance Gender Equality in Vietnam" was held by the Ministry of Planning and Investment (MPI), the Institute for Development & Community Health (LIGHT) in collaboration with the UN Entity for Gender Equality and the Empowerment of Women (UN Women) under the UN Joint Programme on Supporting Vietnam towards the 2030 Integrated Finance Strategy for Accelerating the Achievement of Sustainable Development Goals (SDGs).

In her opening remark, LIGHT Deputy Director Dr. Nguyen Thu Giang said as gender equality is important to realising SDGs, it requires support policies from the central to local level. It is critical that local development and budget planners have better understanding of gender equality and incorporate it into planning.

The revised 2015 Law on State Budget, which introduced ground rules for ensuring gender equality in State budget spending, has brought about major progress in this matter, Giang said. However, many challenges still lie ahead, she added. 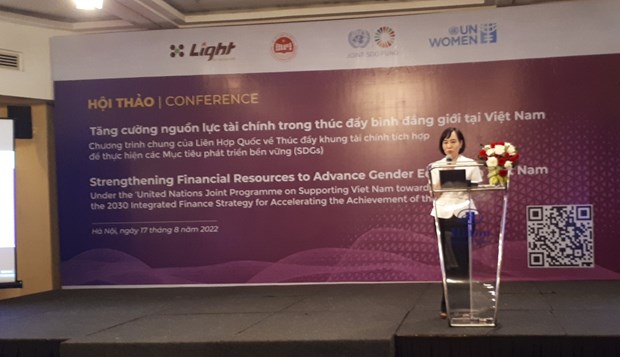 The conference on "Strengthening Financial Resources to Advance Gender Equality in Vietnam" was held by the Ministry of Planning and Investment (MPI), the Institute for Development & Community Health (LIGHT) in collaboration with the UN Women on August 17. (Photo: VNA)

Therefore, this conference is to focus discussion on the roles that stakeholders, including the private sectors and civil society organisations, play in enhancing financial resources for gender equality as well as challenges facing the process.

Elisa Fernandez Saenz, UN Women Representative in Vietnam, said Vietnam has made various achievements in advancing gender equality and empowering women. However, a lack of financial resources remains one of the biggest barriers hampering the country's efforts to fulfill its gender equality commitments and SDGs, according to Saenz.

Many foreign sponsors have reduced financial support for gender equality advancement in Vietnam, given that the country is now a middle-income country, she said, emphasising that it is very crucial for Vietnam to be able to mobilise domestic financial resources for addressing the issue.

The UN Women has introduced a number of tools to incorporate gender equality into the national planning for the accomplishment of SDGs, she noted./.

Vietnam seeks strengthening financial resources to advance gender equality have 546 words, post on en.vietnamplus.vn at August 17, 2022. This is cached page on VietNam Breaking News. If you want remove this page, please contact us.