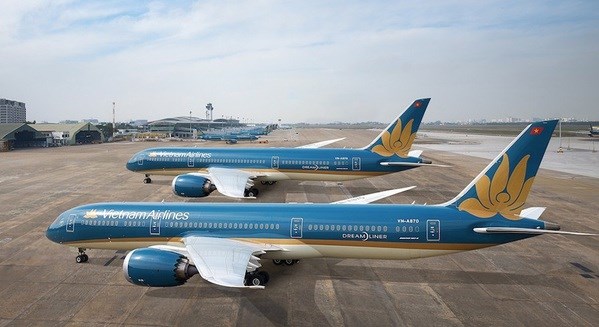 Hanoi (VNA) – Vietnam Airlines' Flight VN384 on its way from Hanoi to Haneda (Japan) on August 8 had to return to the departing airport after more than 1 hour and 45 minutes to provide urgent care for a Japanese boy who had a health problem.

The 10-year-old boy, among the 145 passengers on board, suffered a nosebleed. The flight attendant team immediately provided emergency assistance to him on the plane. However, due to the passenger’s non-stop bleeding, the crew decided to return the plane to Noi Bai International Airport to seek medical support .

The passenger, who was with his mother and sister, was then brought to a hospital in Hanoi. His condition has become stable.

Due to the return, Flight VN384 was 275 minutes late. The passengers have received support from Vietnam Airlines in different ways. All of them showed support to the crew's response to the situation.

Chief flight attendant Doan Thi Kim Tho underlined that for Vietnam Airlines , in all cases, the safety of passengers is always the top priority. Recognising that the condition of the boy, who was bleeding continuously while there was no doctor on the flight, was unsafe for the 5-hour journey, the crew quickly decided to return to Noi Bai to ensure that he receives timely emergency aid , she said./.

Vietnam Airlines flight returns to save ill passenger have 333 words, post on en.vietnamplus.vn at August 9, 2022. This is cached page on VietNam Breaking News. If you want remove this page, please contact us.