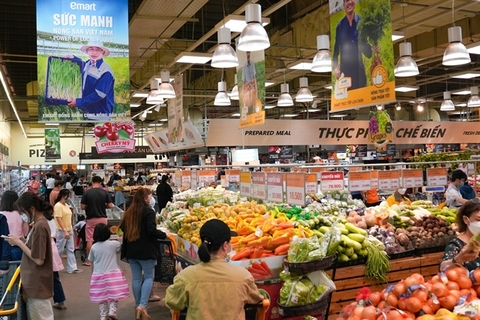 Emart Vietnam plans to open two hypermarkets in HCM City this year, one in Thu Duc City's Thu Thiem area in October and the other in Go Vap District in December.

Chun Byung Ki, general director of THISO Retail, revealed this information at the 2022 Emart Partners Day in HCM City on August 5, which was attended by more than 500 suppliers, saying the chain aims to have 20 stores across the country and revenues of US$1 billion by 2026 to become the hypermarket chain with a largest market share.

Emart Phan Huy Ich in Go Vap District will be located at the THISO Retail Hypermarket, Trading and Service Centre, which is being built and will have the largest supermarket and car parking area in HCM City. It hopes to become an attractive destination for residents of Districts Tan Phu, Go Vap and 12.

Emart Inc is the leading retail chain in Korea under Shinsegae, a Korean conglomerate with a global presence.

It opened its first store in Viet Nam in Go Vap District in late 2015. Emart Go Vap hypermarket soon became a top supermarket in Viet Nam in terms of revenues and number of customers per store.

With a large number of loyal customers and steady growth over the years, Emart Vietnam is considered to have a good business foundation and cooperates with partners to serve customers in the best manner possible.

The store offers a one-stop shop lifestyle destination for all shoppers and a new shopping experience in a modern space.

Besides, thanks to constant efforts to keep up-to-date with shopping space trends and shopping and dining needs globally, it has become a favourite destination not only for young people but also families in HCM City.

However, despite the Korean retailer's network expansion efforts, it was unable to open any more outlets until the franchise deal was inked due to certain obstacles.

After completing the acquisition, THISO Retail, a subsidiary of THISO, was established to take over Emart Vietnam. 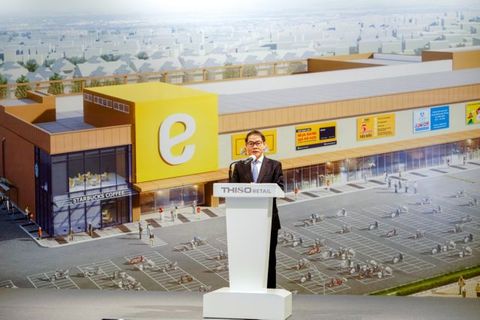 ​Tran Ba Duong, THACO's chairman, said with this franchising strategy, Emart Vietnam would be an important piece in the multi-industry model of “one stop, many utilities” that his company is pursuing, contributing to fulfilling its mission of "Delivering the ultimate customer experience through integrated services and dedication in service."

Chun said cooperation with THACO marked an important step for Emart in Viet Nam. THACO Group’s large real estate holdings and multi-industry ecosystem would help Emart to achieve its expansion plans not only in HCM City but also across Viet Nam.

Emart Inc. with key personnel who have rich experience in the retail sector would be responsible for making Emart Vietnam the leading hypermarket chain in Viet Nam and ensure consistency in quality with its supermarket system in Korea and globally, he said.

In addition to capitalizing on its unique advantage of providing quality Korean goods at affordable prices, Emart Vietnam will also bolster cooperation with domestic suppliers so that more than 90 per cent of goods sold at its stores are locally made, contributing to developing local economies in Viet Nam.

Besides investing in infrastructure, Emart Vietnam is also focused on renewing its portfolio in terms of fresh products, food and beverages, fashion products, cosmetics, and others.

All suppliers of quality products are welcome to sell to Emart based on clearly and transparently published standards and strict business ethics.

Emart Vietnam is also focusing on its online shopping app to better serve customers in places where it is present.

It will put into operation an Automated Pick-up System at its stores, the first of its kind in Viet Nam, to help pick up goods quickly and ensure delivery to customers living within a radius of 5km within one hour. — VNS

THACO determined to turn Emart into leading supermarket chain in Viet Nam have 923 words, post on bizhub.vn at August 8, 2022. This is cached page on VietNam Breaking News. If you want remove this page, please contact us.