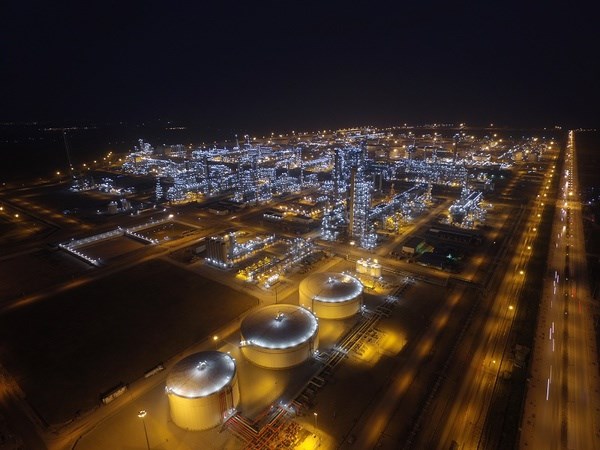 Hanoi (VNA) – The Vietnam Oil and Gas Group (Petrovietnam) has proposed the Government invest in a petrochemical and refinery complex and national oil storage in Long Son oil and gas industrial park in Long Son commune, Vung Tau city in the southern province of Ba Ria-Vung Tau, with a total investment of nearly 19 billion USD in two phases.

The complex comprises two parts – a petrochemical and refinery plant project and a project to build a national storage for crude oil and petrol products.

PetroVietnam plans to finalise dossiers for the proposal and submit to the Government in January next year. The firm will make a feasibility study report from June to December 2023 and expects to receive the project's investment decision approval in the first quarter of 2024. After that, PetroVietnam will select the engineering-procurement and construction contractors in the period from January 2024 to December 2027.

Besides, domestic petrol reserve is currently equivalent to only less than 10 days of domestic consumption, which means the dependence on the stability of production and supply of petroleum from imports is great. 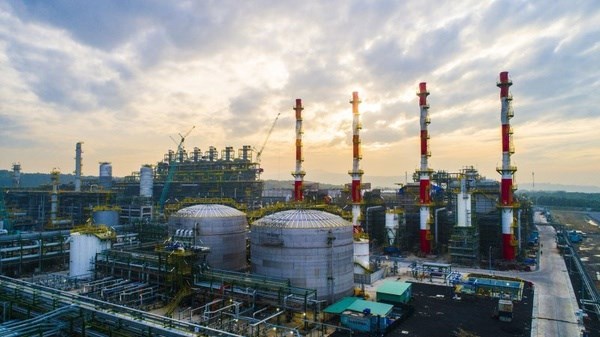 The project has a total investment of nearly 19 billion USD in two phases (Photo: baodautu.vn )

This means the domestic production capacity of petrol products is much lower than the consumption demand. Every year, Vietnam still has to spend billions of dollars to import petrochemical products to serve domestic demand.

PetroVietnam pumped 5.48 million tonnes of crude oil in the first six months of this year, surpassing the set target by 23%.

The group's revenue in the period was estimated at 468.3 trillion VND (20 billion USD), up 55% year-on-year and double the goal set for six months.

It contributed 66.1 trillion VND to the State budget, 2.2 times that the half-year plan and an increase of 41% compared to the same period last year.

This is considered a remarkable achievement in a context of global geopolitical and economic instability, caused by the conflict in Ukraine, increased inflationary pressures, and China’s Zero COVID policy.

In 2021, PetroVietnam was listed among the three biggest companies in Vietnam behind Samsung Vietnam and Vietnam Electricity (EVN), according to the VNR500 rankings unveiled by Vietnam Report JSC.

The rankings were compiled based mainly on enterprise revenue and other performance criteria such as total assets, employees, growth rates, profits, and prestige in the media.

PetroVietnam posted revenue of 620.2 trillion VND last year, surpassing the yearly plan by 26.4%, and up 28% year-on-year.

According to the firm, the building of the petrochemical-refinery complex and the national oil storage in the southern region is an optimal solution in the current period./.

PetroVietnam proposes 19-billion-USD petrochemical complex, oil storage project have 721 words, post on en.vietnamplus.vn at August 18, 2022. This is cached page on VietNam Breaking News. If you want remove this page, please contact us.