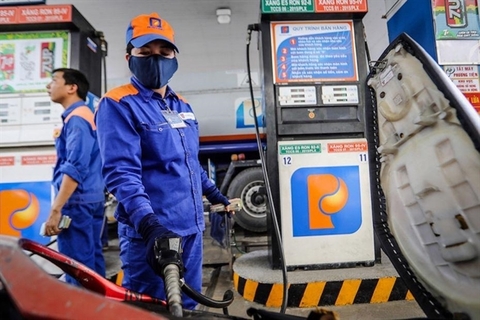 The Government has just issued a decree stipulating the import tax rate for gasoline products, with a reduction of 10 per cent on organic unleaded gasoline.

The portion of imported gasoline under the current MFN import tax rate was low, so the reduction of the MFN rate will not have a significant impact on state budget revenue.

Currently, global crude oil prices and Viet Nam’s finished petroleum product prices were still high, negatively affecting the economy. An adjustment decree with the usual order and procedures could not ensure a timely solution amid the currently complicated petroleum market, therefore, the MoF reported to the Prime Minister for permission to separate the adjustment of preferential import tax rates for gasoline to issue a separate decree according to the simplified order and procedures so it can be applied immediately.

The ministry said that because petroleum was both a strategic and important commodity and an essential commodity, it had a strong impact on production, business activities and people’s lives, adding to stabilise the macro-economy, the high gasoline prices and the shortage of petroleum supply will put great pressure on the production and business costs of enterprises as well as people’s spending.

With the reduced rate, it still ensured room to negotiate new FTAs ​​in the future and would not create obligations of Viet Nam in international commitments, said MoF.

As for leaded and motor gasoline, which were no longer allowed to be produced and used, MoF proposes to keep the same tax rate, while for oil products was to apply the current rate of 7 per cent.

Currently, the FTA import tax rate for oil in the framework of the ATIGA with ASEAN countries and the FTA with Korea has been reduced to 0 per cent, so the import turnover under the MFN import tax rate was insignificant.

In the market, gasoline prices were forecast to return to more than VND23,000 per litre in the adjustment period until August 11 after reducing from VND1,000 to VND1,300 per litre.

Gasoline products entitled to 10 per cent discount on preferential import tax have 759 words, post on bizhub.vn at August 10, 2022. This is cached page on VietNam Breaking News. If you want remove this page, please contact us.