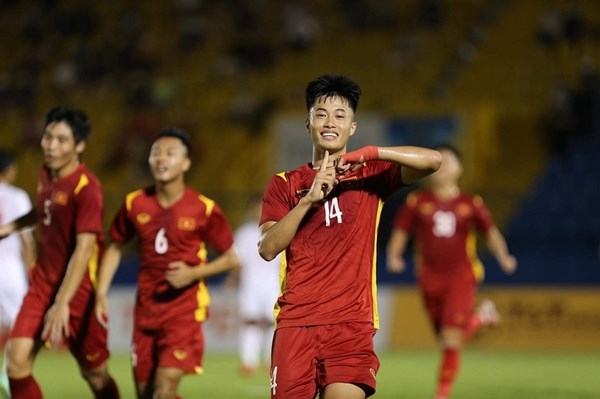 Hanoi (VNA) – Vietnamese U19 football team defeated their Malaysian rival 2-1 on August 7 to advance to the final round of the International U19 Tournament.

Vietnam conceded a  goal just five minutes after the start of the game, but midfielder Duc Anh equalised the score at the 28th minute.

In the third minute of the second half, from the penalty spot, Captain Van Khang scored a goal for Vietnam, finishing the match with Vietnam's 2-1 victory.

After the victory, Vietnam bagged six points, securing a berth at the tournament's final round.

On August 9, the Vietnam ese U19 team will play Thailand in the last match of the qualification round.

Earlier, Vietnam failed to win a ticket to the final of the U19 AFF Championship after losing 0-3 to Malaysia./.

Football: Vietnam advance to final round of International U19 Tournament have 276 words, post on en.vietnamplus.vn at August 8, 2022. This is cached page on VietNam Breaking News. If you want remove this page, please contact us.