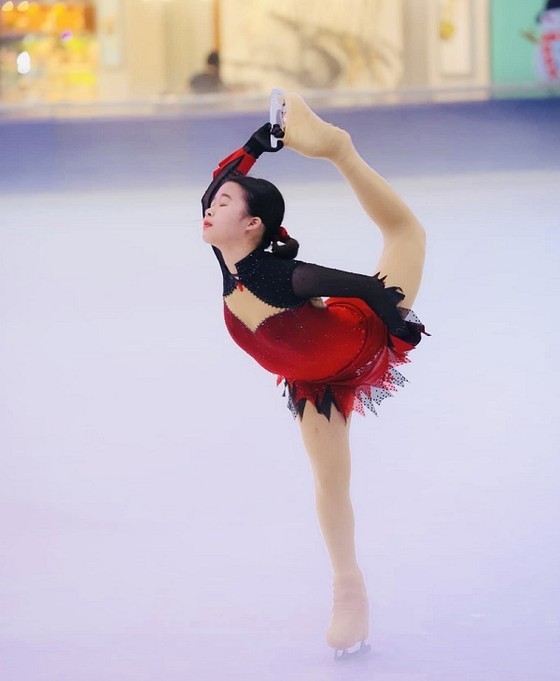 Five Vietnamese skaters will compete at the 2022 International Skating Union (ISU) Junior Grand Prix of Figure Skating .
Vietnam's representatives include Tran Khanh Linh, 17; Nguyen Quang Minh, 17; Nguyen Linh Chi, 14; Phan Hoang Phuc, 18; and Le Dieu Huong, 15.
Nguyen Quang Minh and his young sister, Linh Chi, were introduced to skiing early. They won a golden medal in the category of pairs at Skate Asia 2019 in Thailand.
According to the Skating and Roller Federation of Vietnam, it is the first time that Vietnamese young skaters compete in a world figure skating competition.
The Vietnam Skating Federation (VSF) was established in 2018. The federation has not organized many skating competitions and has not been developed yet. However, it targets expanding the training scale and creating favorable conditions for skaters to participate in international competitions. Currently, the provinces and cities of Hanoi, HCMC, Quang Ninh, Da Nang, Can Tho and Bien Hoa have ice rinks for figure skating.

Five Vietnamese skaters to compete at int'l figure skating competition have 281 words, post on m.sggpnews.org.vn at August 11, 2022. This is cached page on VietNam Breaking News. If you want remove this page, please contact us.