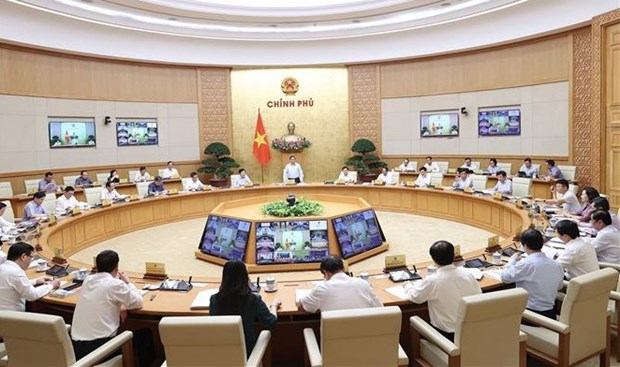 Participants at the conference in Hanoi (Photo: VNA)

Hanoi (VNA) – Vietnam's economy is estimated to grow by 6.42% in the first half of 2022, higher than expected, heard a Government teleconference on July 4. macro-economy continued to be stable, inflation was controlled and major balances were ensured during the first six months, in which the average consumer price index ( CPI ) increased by 2.44%, a relatively low level compared to the same period of pre-pandemic years.

At the teleconference, leaders of ministries, sectors and localities stressed the need to strive for a GDP growth rate of 7% for the whole year, higher than the target of 6-6.5% assigned by the National Assembly and set out by the Government, thus creating a motivation for economic growth in 2023./.

Vietnam’s GDP growth estimated at 6.42% in H1: Teleconference have 226 words, post on en.vietnamplus.vn at July 4, 2022. This is cached page on VietNam Breaking News. If you want remove this page, please contact us.