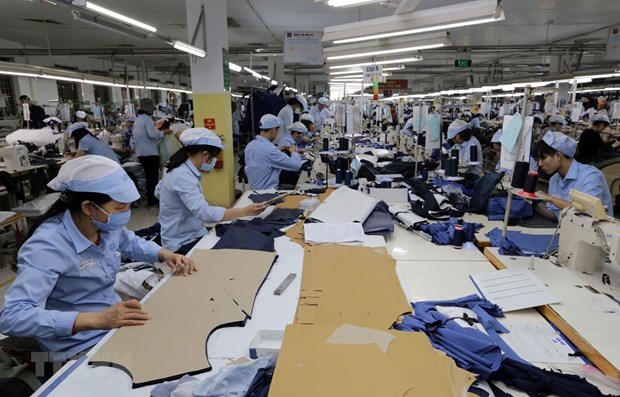 Hanoi (VNA) – The number of unemployed people in Vietnam stood at nearly 1.1 million in the first half of 2022, down 47,600 year-on-year, said an official from the General Statistics Office (GSO) at a press conference on in Hanoi on July 6.

There were around 410,300 people aged 15 – 24 without a job during the period, accounting for 36.8% of the total figure, Pham Hoai Nam, Director of the GSO's Department of Population and Labour, told the press conference held to announce the Q2 and H1 labour market updates .

The unemployment rate among persons of this age group living in urban areas was 9.21%, a year-on-year drop of 0.76 percentage point, he added.

The Q2 employment went up quarter-on-quarter and year-on-year, with a considerable rise reported in the service sector, Tien noted, adding that monthly average wage per person also increased.

Data from the GSO shows that the underemployed population was estimated at over 1.1 million, a year-on-year decrease of 30,200. The underemployment rate in urban areas stayed at 1.88%, lower than 2.85% in rural areas.

Unemployment, underemployment drop in H1 have 305 words, post on en.vietnamplus.vn at July 6, 2022. This is cached page on VietNam Breaking News. If you want remove this page, please contact us.