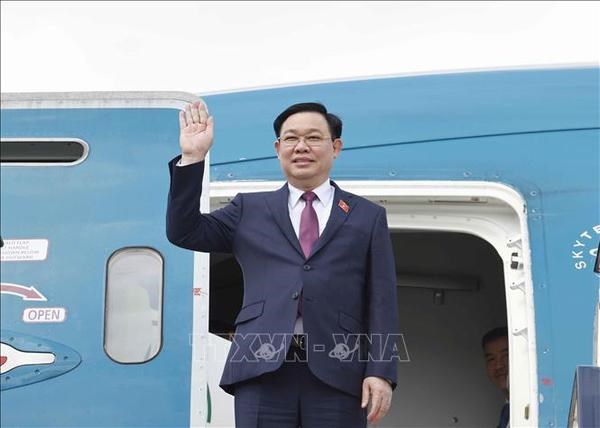 Hue held talks with top legislators, met with government leaders and ministers of Hungary and the UK and witnessed the signing of a number of memoranda of understanding on cooperation between ministries and localities.

He took the occasion to thank Hungarian and British leaders and people for donating COVID-19 vaccines and test kits to help Vietnam combat the pandemic.

The visits aimed to deepen bilateral cooperation with the two European countries and showed the Party’s and State’s care for Vietnamese expatriates.

The signing of an agreement between the Vietnamese and Hungarian National Assemblies marked a new milestone in the two sides' relations, lifting the bilateral parliamentary ties to a new height.

Hue's visit to the UK, meanwhile, intended to step up the bilateral partnership and push for the effectively implementation of the UK-Vietnam Free Trade Agreement (UKVFTA). It was also expected to create new engine for the development of the two nations' ties in politics, diplomacy, trade, economy, education and training, climate change response and others.

The visits also provided a chance for the top leader to voice Vietnam's stance on several regional and global issues of mutual concern./.

Top legislator arrives in Hanoi, concluding visits to Hungary, UK have 433 words, post on en.vietnamplus.vn at July 1, 2022. This is cached page on VietNam Breaking News. If you want remove this page, please contact us.