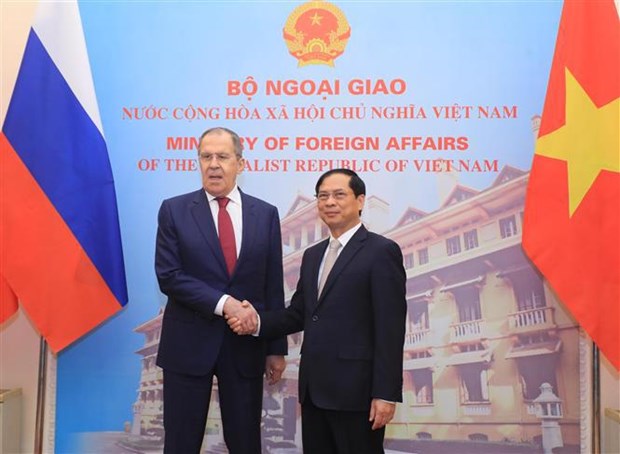 Hanoi (VNA) – Russia is always one of the most important partners in Vietnam’s foreign policy, Foreign Minister Bui Thanh Son told his visiting Russian counterpart Sergey Lavrov during their talks in Hanoi on July 6. comprehensive strategic partnership , Son affirmed that Vietnam always treasures and shows gratitude to the wholehearted support and assistance the Russian people have given to their Vietnam ese counterparts in the struggle for national independence in the past as well as in the current national construction and development. 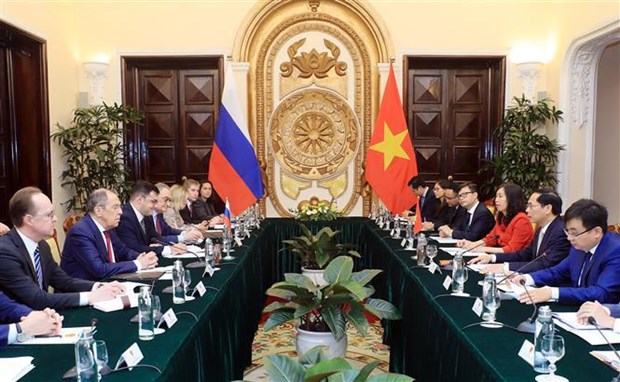 At the talks between the two foreign ministers. (Photo: VNA)

Vietnam adheres to the foreign policy of independence, self-reliance, multilateralisation and diversification of relations, he asserted, reiterating Vietnam’s consistent stance on international and regional issues, including the Ukraine issue.

The Vietnamese FM said he hopes relevant ministries and sectors of Russia will continue to create favourable conditions for the Vietnamese community to live, study and do business in Russia.

Russia always one of leading important partners of Vietnam: FM have 179 words, post on en.vietnamplus.vn at July 6, 2022. This is cached page on VietNam Breaking News. If you want remove this page, please contact us.