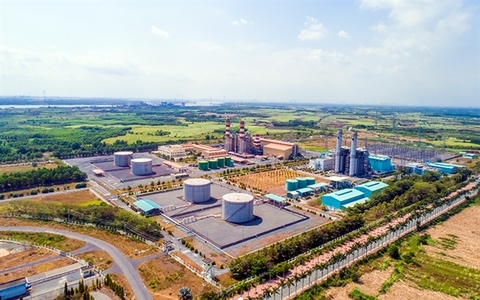 PetroVietnam Power Corporation (PV Power) reported post-tax profit of VND1.159 trillion (over US$49.56 million) in the first six months of this year, surpassing the target set for the entire year by 56 per cent.

This year, PV Power’s profit plan has been adjusted down from its previously announced level.

Therefore, its first-half post-tax profit, despite representing an annual decrease of 19 per cent, still exceeded the yearly goal.

Also in the period, its electricity output reached 7.1 billion kWh, reducing by 25 per cent year-on-year.

Nguyen Dinh Thi, head of PV Power’s economic planning department, said that with such output decrease, the company's revenue amounted to VND14.865 trillion, equaling 61.3 per cent of the yearly plan but down five per cent compared to the same previous last year.

Meanwhile, mobilised electricity prices in the first half increased sharply, even hitting VND2,000 per kWh sometimes.

In the last six months, PV Power is projected to face difficulties such as a recession of the world economy, an unfavourable rainy hydrological situation, and a series of overhauled factories, including the Ca Mau 1, Dakrinh and Nhon Trach 1. — VNS

PV Power’s first-half post-tax profit nears $50 million have 312 words, post on bizhub.vn at July 6, 2022. This is cached page on VietNam Breaking News. If you want remove this page, please contact us.