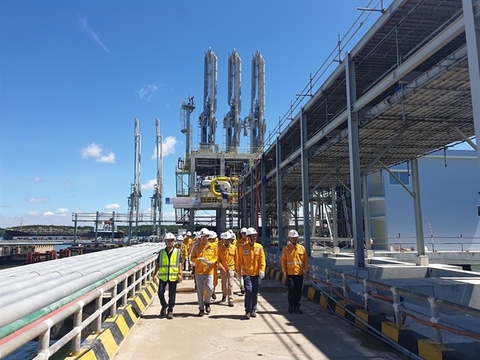 Petrovietnam Gas Joint Stock Corporation (PV GAS) posted after-tax profit of nearly VND7 trillion (US$300 million) in the first six months of 2022, up 87 per cent compared to the target and 59 per cent year-on-year.

The firm produced and supplied over 1 million tonnes of liquefied petroleum gas (LPG) in the first two quarters of 2022, surpassing 23 per cent of the plan and equal to 99 per cent of that in the same period last year, accounting for about 70 per cent of the wholesale market share of the country.

It also produced and supplied 56,800 tonnes of condensate, up 67 per cent compared to the plan and 85 per cent against the same period in 2021.

Although its production and business in the first six months faced many challenges due to geopolitical impacts from the Russia-Ukraine conflict and the disruption of global supply chains caused by China's COVID-19 prevention and control policy, PV GAS’s financial targets rose by 8-59 per cent over the same period last year.

The firm's total revenue hit VND54.56 trillion, exceeding the target by 34 per cent, and increasing 34 per cent year-on-year.

PV GAS contributed over VND3.6 trillion to the State budget in the period, up 70 per cent compared to the set plan in the period and 8 per cent year-on-year.

PV GAS’ after-tax profit hits nearly $300 million in 6 months have 320 words, post on bizhub.vn at July 5, 2022. This is cached page on VietNam Breaking News. If you want remove this page, please contact us.