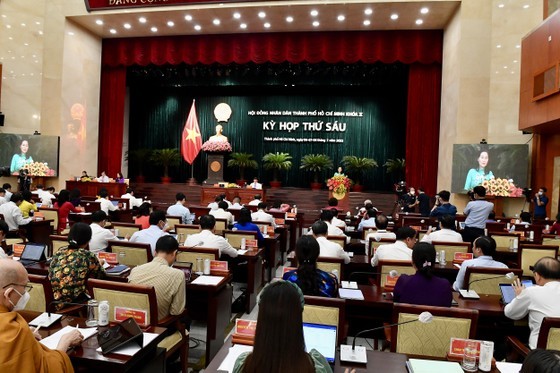 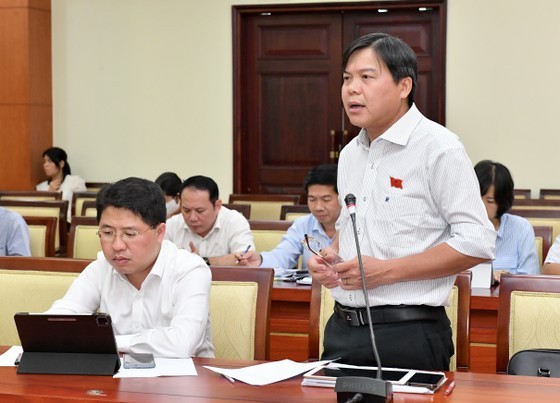 Deputy Tang Huu Phong, Editor-in-Chief of the Sai Gon Giai Phong (SGGP) Newspaper speaks at the meeting.
Deputies at the meeting also suggested that the municipal government must strengthen public investment disbursement effectively to create jobs for people and socioeconomic impulse for the city as well as speed up investment promotion.
Deputy Doan Thi Ngoc Cam, Standing Vice Secretary of the Party Committee of Can Gio District proposed the city give the authority to Chairpersons of the People's Committees of districts to assess joint venture and cooperation projects or State property leasing projects, and resolve problems of the protective forest planning affected the rights and living of local people on the Phu Loi islet in Thanh An island commune. 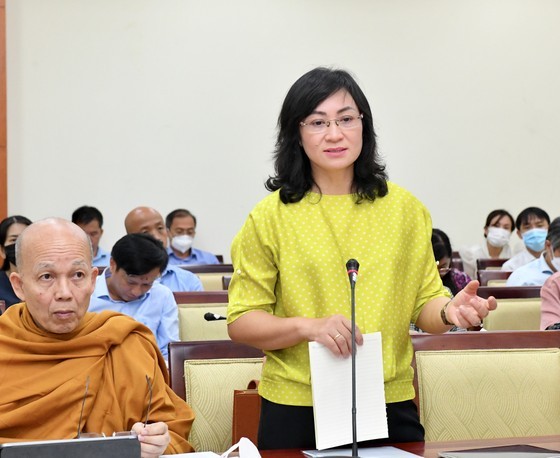 Vice Chairwoman of the HCMC People’s Committee Phan Thi Thang speaks at the event.
Secretary of the Party Committee of Hoc Mon District Tran Van Khuyen said that the district has the biggest problem related to urban planning with many areas of planning failure. He has proposed the city's government solve the serious problem in land planning to create favorable conditions for the exploitation of land resources.

Deputies concern with pandemic pushing needy people into extreme poverty have 457 words, post on m.sggpnews.org.vn at July 6, 2022. This is cached page on VietNam Breaking News. If you want remove this page, please contact us.