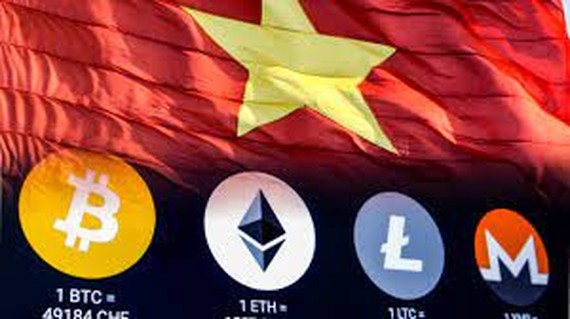 Saigon Investment had a talk with Dr. HO QUOC TUAN, University of Bristol, U.K., to discuss this issue further and asked him as to what Vietnam needs to do to face this new trend.
JOURNALIST: – Sir, what do you think about the trend of issuing CBDC in the world, and which direction should Vietnam go in the future?
Dr. HO QUOC TUAN – To start with we need to look at why Central Banks must bring in this system. Firstly, Central Banks see the future of the world as a cashless society, and they want to introduce an option for a digital currency. Secondly, by developing CBDC it is a way to create pressure as well as create a payment system with the expectation of reducing financial costs. Thirdly, some countries like China have ambitious plans for their currency to become the world’s main dominant reserve currency. If the renminbi doesn’t play that role today, they hope pioneering the cryptocurrency will give them this edge.
Looking at these options, Vietnam needs a CBDC to solve two problems, that of a cashless payment system and not to have any dependency on any economy. If countries implement cryptocurrencies, we can completely deploy our own cryptocurrencies and connect with them, instead of using others.
However, developing in any direction is reasonable, not only for Vietnam but also ASEAN countries that have huge trade with China, as there is the risk of being dominated by China’s CBDC. Therefore, Vietnam needs to connect with ASEAN countries to have a trading system for cryptocurrencies for ASEAN countries only, or even countries like Japan and South Korea can join this system. In a common network, each country can have its own CBDC that is linked to each other. When this system is formed and works effectively, China’s CBDC cannot dominate the regional market, and will be forced to negotiate with the whole group of countries in this network.
In this way, we hope to be less affected by the leading countries in electronic payments in the world today, including China, since it is more difficult for another coin to counterbalance such a strong network. If China wants to counterbalance, it must establish its own network or join this network. In case it participates, China's rights will be limited because even though its currency is strong, it will only represent one vote in the network like other countries.
Currently, with electronic payments being very popular, China is trying to promote the use of electronic money in the country and will promote the use of commercial partners, including Vietnam. If we do not develop this system early enough, and make Vietnamese businesses used to using China’s CBDC in payments, it will be very difficult to change this habit later.
– Sir, specifically speaking what should Vietnam do now?
– We have a project of an International Financial Center located in Ho Chi Minh City, and CBDC is a natural component of this center. The Financial Center combined with technology is the basis to use the CBDC in Vietnam. At the same time, it is necessary to have a specialized multi-disciplinary committee that has many management agencies in it. Currently, almost everything related to cryptocurrencies is left to the State Bank of Vietnam, while this issue is not simple if you look at the structure of the organizations that are using CBDC, in the U.K. for instance. This is not only relevant to the State Bank of Vietnam but also to many other agencies.
Because if assigned to an implementing agency, they can only deal with their internal problems. Specifically, the State Bank of Vietnam only cares about monetary security. While for digitization we have to pay more attention to data security. China, the US, or Europe are all very interested in this issue. If we leave everything to the Central Bank, they cannot have enough power to determine where the server is to be located, and who can access or use the data. Therefore, we must change the way the legal institution functions, specifically in terms of the role of associations and lawyers in this.
The current way of making law in Vietnam is to assign a management agency to submit a draft for comment. Should it be possible for this new field, specialized law-making agencies must sit down with departments and agencies and set up an initial framework, instead of assigning the State Bank of Vietnam or the Ministry of Finance to make laws.
Lawyers often work and liaison with many relevant national and international organizations. They understand the problems and can compare with international law to come up with new frameworks. In other words, it is necessary to form a specialized agency when there are new problems, which can be pushed through this department. This department can be led by people who understand the relevant laws and have very quick access to international law.
– Sir, there is an opinion that the next currency revolution is happening quietly through the issuance of CBDC. What is your opinion on this?
– This question is very difficult to answer accurately because predictions about the future financial market since four to five years ago to date have not been correct. There is a view that the CBDC will heat up, but there is also a prediction that the CBDC will go nowhere, and will remain a bubble, and then deflate. But if we don’t do it, when this trend becomes mainstream, we will depend on other countries’ currencies. This is going against the point of view of the Prime Minister of Vietnam, which is to build an independent and self-reliant economy.
As such, we are forced to research and prepare for such a future. So, if CBDCs go mainstream, we will have got the tools to thrive. If you want to have the tools ready, you don’t have to find a way to catch the trend but prepare the foundation to capture the trend when it heats up.
– Thank you very much.

Central Bank Digital Currency necessary for Vietnam have 1129 words, post on www.sggpnews.org.vn at July 5, 2022. This is cached page on VietNam Breaking News. If you want remove this page, please contact us.