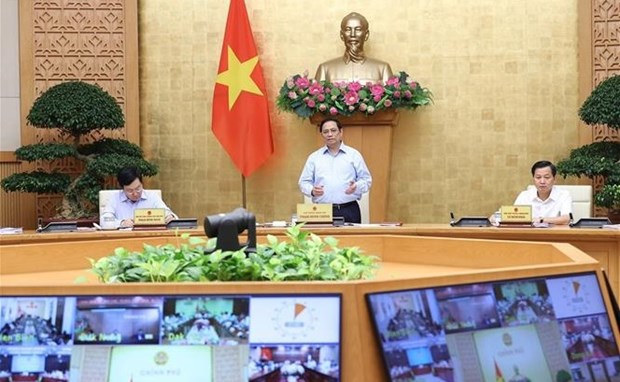 Hanoi (VNA) – Vietnam reaped significant socio-economic achievements in the first half of this year despite global uncertainties and domestic difficulties, Prime Minister Pham Minh Chinh told an online conference between the Government and localities, and a regular Cabinet meeting on July 4.

He pointed out that the world situation developed complicatedly over the past time with strategic competitiveness, the conflict in Ukraine, soaring fuel prices, escalating inflation in many countries, and the ongoing COVID-19 pandemic, among others.

The pressure of high inflation, surging commodity prices and disrupted supply chains could be felt in Vietnam, the PM continued.

However, under the sound leadership of the Party led by General Secretary Nguyen Phu Trong, and with the support of the National Assembly and the drastic management of the Government, engagement of ministries, agencies, localities, people and businesses, and the support of international friends, Vietnam has brought the pandemic under control and ensured macro-economic stability and major economic balances. 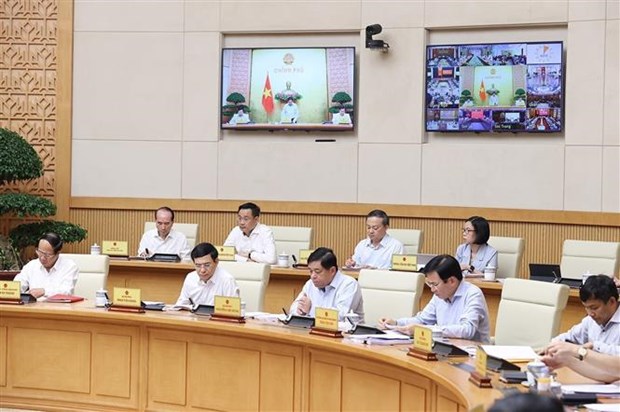 At the meeting (Photo: VNA)

The leader also spoke of the scarcity of drugs and medical equipment at home, and problems relating to the disbursement of public investments and the implementation of national target programmes .

The participants are scheduled to look into the country's socio-economic development in June and the first six months, and major tasks and solutions in the time ahead.

Cabinet meeting looks into socio-economic situation have 418 words, post on en.vietnamplus.vn at July 4, 2022. This is cached page on VietNam Breaking News. If you want remove this page, please contact us.