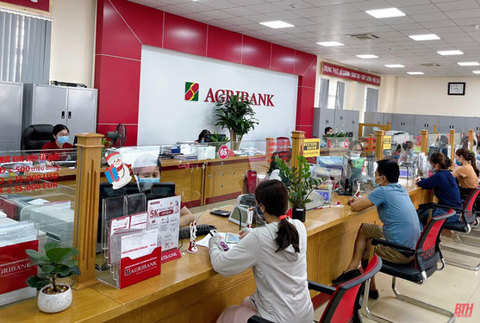 A programme to link banks and businesses helps add another channel for businesses to access preferential credit. — Photo nld.com.vn

The agreement is designed to help companies access credit in a timely manner in the context of increasing capital demand.

Hua Quoc Hung, head of the HCM City Export Processing and Industrial Zones Authority (Hepza), said demand for funds among businesses was very high in this recovery period after the COVID-19 pandemic.

“Companies have high demand for preferential credit to restore and expand production, but access to these sources of capital is still limited," he said.

According to the State Bank of Vietnam's HCM City branch, this year, 13 banks in the city have registered to participate in the loan programme and plan to provide credit of VND424 trillion ($18.2 billion) at interest rates of less than 4.5 per cent per year for short-term loans and around 9 per cent per year for medium and long-term loans, as well as offer other support such as reducing interest rates on old loans and rolling them over, and increasing credit limits.

Nguyen Duc Lenh, deputy director of SBV's HCM City branch, said the banking sector in the city had adopted many solutions to help meet the capital needs of enterprises, co-operatives and business households.

The programme to connect lenders and businesses alone had seen nearly VND100 trillion ($4.3 billion) disbursed in the first half of the year to help enterprises, co-operatives and business households revive production and trading, he said.

Hung said that since 2012, Hepza had cooperated with the SBV's HCM City branch and a number of commercial banks to organise a programme to facilitate businesses in accessing financial resources at suitable interest rates.

"For their part, commercial banks are also actively approaching small and medium sized enterprises to disburse loans in accordance with the Government’s preferential policies, especially enterprises in priority fields, and those participating in the regional linkage model and value chain links,” he said. — VNS

​​​​​​​Banks provide preferential loans to enterprises have 481 words, post on bizhub.vn at July 5, 2022. This is cached page on VietNam Breaking News. If you want remove this page, please contact us.