ELDORADO arrived on our screens amid a whirlwind of hype in 1992, but the sun soon went down on the soap when ratings plummeted just a year later.

The big budget show – pegged as the UK’s answer to Dallas and Dynasty – reportedly cost the BBC around £10 million to make, due to its "mini town" set built near Marbella .

Unfortunately, Eldorado was on our TV screens for just 156 episodes, during which time it was slated by critics and saw ratings nosedive to 2.8m.

This came despite its prime time slot, which infamously bumped off Terry Wogan’s chat show and was later blamed by the host for “ending” his TV career.

Now celebrating its 30th anniversary, many of the cast have moved on from acting but some are still on our screens.

Here, we take a look at where they are now…

Marcus was Eldorado's number one wheeler dealer and was a heartthrob for many soap-obsessed Brits. 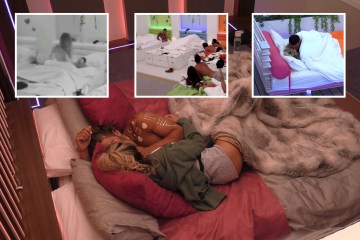 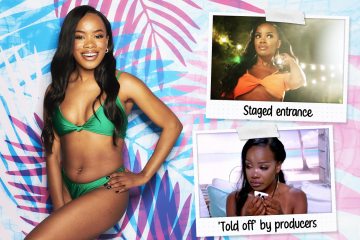 After delivering the show's final line, telling girlfriend Pilar: "You can't trust anyone these days, can you?" Marcus sailed off into the sunset – and Jesse Birdsall moved on to work in various TV programmes too.

Since starring in Eldorado, Jesse has played the lead role in BBC drama Bugs, before moving to ITV to play Roger Webb opposite Gillian Taylforth in Footballers' Wives between 2004 and 2006.

The 59-year-old also went on to star in several British hits such as The Bill, Midsomer Murders , Holby City and Hollyoaks , in which he starred as Gillian's husband once again.

Jesse married Gwyneth Strong, who played Rodney's wife, Cassandra, in Only Fools and Horses, in 2000. They share two children, Oscar, 34, and Lottie, 31, together.

More Where Are they nows

Remember Peter from Narnia? This is what William Moseley looks like now

PREZ ON THE MOVE

Everything to know about Joe Biden’s moves as POTUS

Everything to know about Christi Paul and where she is

Find out where Donald Trump is today

Cabaret singer Trish was one of Eldorado's most iconic characters.

She had an eye for a younger man and fans of the show will remember the storyline focussed on her relationship with toyboy Dieter.

Since starring in Eldorado, Polly Perkins, 78, is best known for appearing on EastEnders as Dot Branning’s half sister Rose in 2011 and 2012, opposite the late June Brown .

In 2013, Polly returned to the Eldorado set in Spain and told a BBC reporter that it was "a terrible shame" and "a waste" that it had been left to go to rack and ruin.

She said: “It’s not like it’s just scenery – these are real homes.”

Sticking with the EastEnders theme, many BBC viewers will remember Albert Square's very own Charlie Slater appeared in Eldorado as Alex Morris.

Derek Martin, now 88, recently told The Sun that EastEnders was "miserable" and needs to bring back its humorous side.

He added the show has tried to appeal to younger viewers, and no longer includes lighter elements in favour of "affairs and beating people up".

Derek said: "You’ve got to have humour, especially in the depths of Covid, because there’s always something to laugh about in life."

Sandra Sandri was just 20 when she rose to fame playing Marcus Tandy's girlfriend Pilar on Eldorado.

She was one of the few cast members actually from Spain and appeared in the film Boom Boom in 1990.

Sandra's last notable appearance on screen was in 2004 film Searching for Love and after Eldorado ended, Sandra returned home to Barcelona.

Sandra married and had a child in 2009, and now works in fashion, designing clothes and prints and selling handbags in Spain, which is her passion.

In 2017 she was reportedly living in Lake Como, Italy.

It was one of the show's most talked about storylines but before Eldorado, Roger was a drama teacher in Derbyshire in the early 1970s.

He then went on to appear in countless shows like The Darling Buds of May, Bodger and Badger and Emmerdale.

Since the sun set on the Spanish soap, Roger has gone on to star in Casualty, Peak Practice, The Bill and EastEnders.

Since leaving the show, Leslee has shifted from acting into production and set up her own company, Assassin Films.

Notable successes to her credit include East is East, which won the Alexander Korda Award for Best British Film at the BAFTAs and was declared Best Comedy Film at the British Comedy Awards.

After the release of her documentary about the Delhi gang rape, India’s Daughter, in 2015, Leslee, now 62, was named the Number 2 Most Impactful Woman of 2015 by the New York Times, second only to Hilary Clinton.

Patricia Brake had already found TV fame when she joined the cast of Eldorado, after starring in the likes of Porridge, its sequel Going Straight and BBC sitcom 2.4 Children.

In Eldorado, Patricia played Gwen, the matriarch of the Lockhead family and after leaving the Spanish set, she went on to appear in soaps such as EastEnders, Doctors and Coronation Street.

After their divorce she remained single for a number of years before marrying Michael Kennedy in 1997.

The couple stayed together until she sadly died last month at the age of 79, after being diagnosed with cancer.

Drew was Patricia's other half and, like her, the Scottish actor who played him, Campbell Morrison, had plenty of TV experience under his belt before joining Eldorado.

Glasgow-born Campbell was a member of the Royal Shakespeare Company in the early 80s and appeared in the likes of Taggart and The Bill.

After Eldorado, Campbell returned to The Bill as well as appearing in Sky’s cult football drama, Dream Team. He also appeared on our screens in EastEnders playing DCI Charlie Mason.

Julie Fernandez played Gwen and Drew’s daughter Nessa Lockhead – and fell in love with Razor, played by Kevin Hay, on and off-screen.

After Eldorado, Julie went on to play the on-screen other half of EastEnders heartthrob Sean Maguire in BBC drama Dangerfield.

Julie was born with osteogenesis imperfecta and uses a wheelchair, and, at the age of 14, appeared on the popular BBC television series Jim'll Fix It.

In October 2012, following a series of sexual abuse allegations made against the series' late host Jimmy Savile , she claimed that Savile touched her inappropriately during the recording.

Now a disability rights activist in the UK, Julie is best known for her role playing Brenda in Ricky Gervais ' hit comedy The Office .

As Bunny's 17-year-old bride Fizz, Kathy Pitkin had one of the most controversial storylines in Eldorado.

But little is known about where Kathy is now.

It was rumoured that she worked for The Royal Opera House in London and is known to have done some panto.

But Kathy has since disappeared from our screens and is now said to be living in Sheffield with her husband and children.

Dieter had an on/off relationship with Trish and when not partying could be found giving windsurfing lessons.

Kai Maurer studied acting at Lamda, and has appeared in shows like Red Dwarf, since Eldorado – but unfortunately says he's always being typecast as “Zee German”.

Read More on The Sun

His stage work includes a West End appearance in It Won’t All Be Funny at the Garrick Theatre and his short films have been screened at such festivals as Edinburgh and Raindance.

Today, Kai is part of an elite group of professional pilots teaching men and women from around the world how to fly.

Where Eldorado cast are now – from Jimmy Savile vile assault claims to tragic cancer death have 1634 words, post on www.thesun.co.uk at June 29, 2022. This is cached page on VietNam Breaking News. If you want remove this page, please contact us.