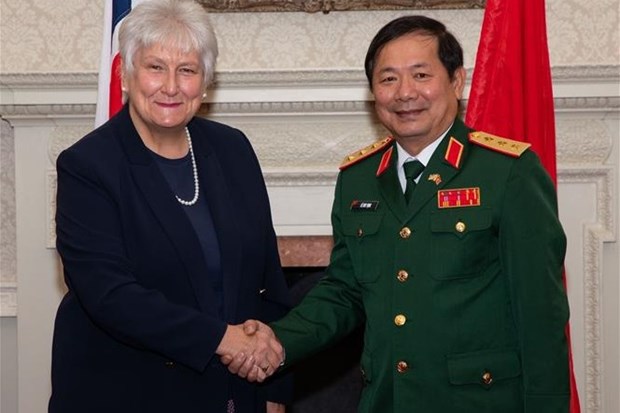 Co-chairing the dialogue, Vietnamese Deputy Minister of National Defence Sen. Lieut. Le Huy Vinh and UK Minister of State at the Ministry of Defence Baroness Goldie expressed their delight at the positive and dynamic growth of the Vietnam-UK strategic partnership.

With the bilateral defence cooperation sustained effectively, the officials considered the dialogue an important mechanism for the two defence bodies to review outcomes of and put forth future orientations for their join works.

Assessing the implementation of a memorandum of understanding on defence collaboration signed in 2017, they said the results have contributed positively to the strategic partnership and to meeting both sides' need and interest. 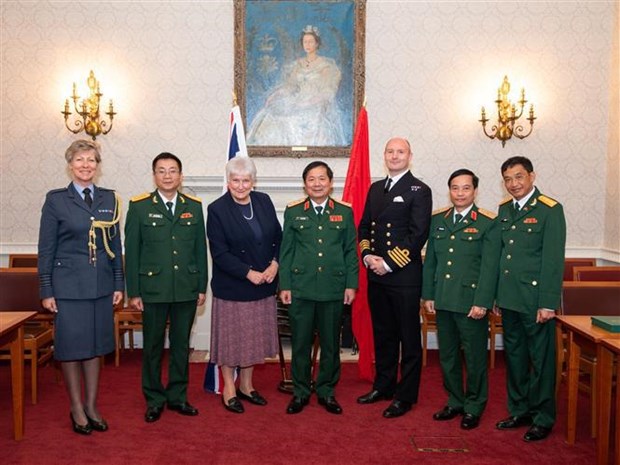 The Vietnamese and UK delegations at the dialogue (Photo: VNA)

They said they hope to further step up the existing cooperation contents, including delegation exchange, training, and UN peacekeeping activities.

Vinh informed the UK side that his ministry has scheduled its first international defence exhibition for December this year, and invited UK defence leaders and businesses to attend the event to tap into more opportunities for bilateral engagements.

The sides also agreed to work together in the plan and conduction of practical join activities in 2023 to mark the 50th anniversary of the Vietnam-UK diplomatic relations (September 11, 1973-2023) and to hold the 2nd session in Hanoi later this year.

Vietnam, UK hold 4th defence policy dialogue in London have 425 words, post on en.vietnamplus.vn at June 30, 2022. This is cached page on VietNam Breaking News. If you want remove this page, please contact us.