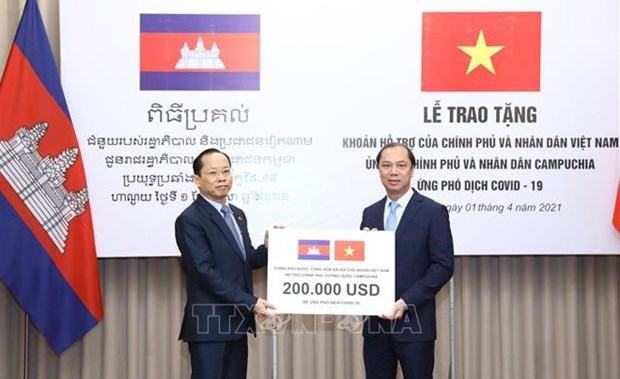 Hanoi (VNA) – Vietnam and Cambodia have always remained united for the prosperity of each nation, which helped them surmounted multiple challenges to build such a close relationship, said Ambassador of Cambodia to Vietnam Chay Navuth .

Both Vietnamese and Cambodian people understand this very well thanks to extensive communications campaigns on the two countries’ policies on friendship and cooperation, he told reporters on the occasion of the 55th anniversary of Vietnam-Cambodia diplomatic relations (June 24, 1967 – 2022).

Cambodian people will never forget Vietnam's assistance in liberating their country from the Pol Pot regime, he said. Cambodia was revived thanks to the help of Vietnamese volunteer troops, he noted, adding that after Cambodia was liberated, Vietnam sent experts to support the reconstruction and development of the neighbouring country.

He recalled his own memories with Vietnamese volunteer soldiers, saying: "If it was not for them, I would not be here today, and nor would my entire family."

He said in 1979 when he was nine years old, his father took him and his two siblings to the Cambodian province of Prey Veng, from where they wanted to cross the border into Vietnam to escape the brutal rule of Pol Pot. 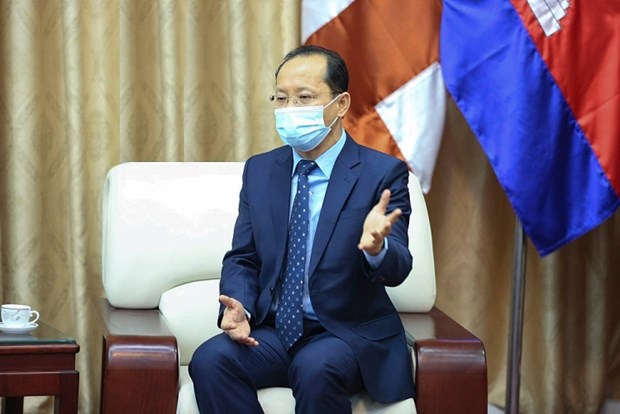 At that time, Vietnamese military aircraft were fighting a Pol Pot unit that had been targeting a group of Cambodian civilians. Unfortunately, his father was killed by the Pol Pot troops.

It left him and his siblings no choice but to return all the way back to Phnom Penh on foot. At one point, a passing military vehicle of Vietnamese troops saw them and give them a ride, according to the Cambodian ambassador.

As Ambassador to Vietnam, he had the chance to meet Vietnamese veterans who used to serve in Cambodia. "With deep gratitude, I felt like I was meeting my second fathers," he said.

Talking further about the Vietnam – Cambodia bilateral cooperation today, Navuth underscored that the two sides will resume the work that was delayed by the pandemic. He added that Prime Ministers Hun Sen and Pham Minh Chinh have recently agreed to lift two-way trade to 10 billion USD this year. Cambodia has been closely coordinating with Vietnam in various areas, particularly economy, agriculture, healthcare and education.

Given that Cambodia has abundant farmland, he suggested Vietnamese enterprises invest in hi-tech agriculture and produce premium-quality agricultural products. Vietnam can also export pharmaceuticals and medical equipment to Cambodia, he added.

The Cambodian diplomat reiterated the two countries' goal of building a shared border of peace, friendship and cooperation, saying this will facilitate exchanges of goods between border people./.

Vietnam, Cambodia stay united for prosperity of each nation: Ambassador have 578 words, post on en.vietnamplus.vn at June 23, 2022. This is cached page on VietNam Breaking News. If you want remove this page, please contact us.