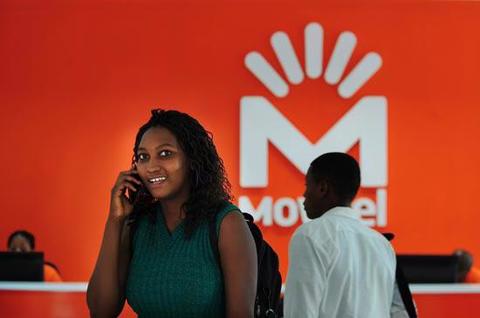 Movitel, the telecommunications network of Viettel in Mozambique. There is significant room for Viet Nam and Mozambique to increase trade and investment cooperation. — Photo vneconomy.vn

Mozambique could act as a gateway for Vietnamese businesses to penetrate member countries of the Southern African Development Community (SADC), President of the Mozambican Assembly Esperanca Laurinda Francisco Nhiuane Bias said at a meeting with representatives of the Vietnamese business community in Ha Noi on Tuesday.

Held by the Viet Nam Chamber of Commerce and Industry (VCCI) and the Mozambique Embassy in Viet Nam, as part of the President of the Assembly’s visit to Viet Nam, she called on Vietnamese enterprises to invest in tourism, mining, energy and agriculture, in which Mozambique has potential.

She stressed the African nation had established a portal providing information for both private and state-owned firms to support investors.

She suggested that Vietnamese and Mozambican businesses maximise the benefits offered by cooperation agreements reached by the two countries, and expressed her hope that after the meeting, more Vietnamese firms would come to operate in Mozambique.

Along with traditional goods like rice, cable lines, fertilizers, garment textiles, steel, cashew nuts and wood, among others, Vietnamese and Mozambican enterprises should expand the list of goods that could be exchanged such as farm produce, construction materials and medical equipment of Viet Nam, and some agricultural products and minerals of Mozambique, he said.

According to Do Thi Quynh Nga, Director of the Investment Promotion Centre, North Viet Nam, under the Ministry of Planning and Investment, Mozambique is one among countries that Viet Nam prioritised promoting relations in Africa.

Currently, Vietnamese businesses were actively exploring and penetrating the African market in general, and in particular Mozambique.

Viet Nam has three projects in Mozambique, making the country the 13th country of out 79 countries and territories where Viet Nam has poured investment.

A notable project was the $345 million investment of Viettel in telecommunications in Mozambique.

Nga stressed that Viet Nam and Mozambique have great potential to enhance cooperation in economy, trade, science and technology, culture and social cooperation.

She said that with rapid international integration, Viet Nam was becoming a strategic investment destination for foreign companies in the process of restructuring the global and regional supply chains.

Viet Nam is continuing to improve the legal framework and the investment environment for foreign investors, Nga said, adding that attracting Mozambican businesses to invest in Viet Nam was also an important factor to promote economic and trade ties between the two countries.

Besides, Viet Nam and Mozambique need to support each other in expanding trade to other countries in the region, Nga said, adding that Viet Nam is willing to be a gateway for Mozambican products to penetrate the Southeast Asian markets.

Viet Nam also wants Mozambique to be a bridge for Vietnamese goods to penetrate the large and promising markets in southern Africa.

The two countries will celebrate the 50th anniversary of the establishment of diplomatic relations in 2025. — VNS

Mozambique could be gateway for Vietnamese firms to access southern Africa have 658 words, post on bizhub.vn at June 22, 2022. This is cached page on VietNam Breaking News. If you want remove this page, please contact us.