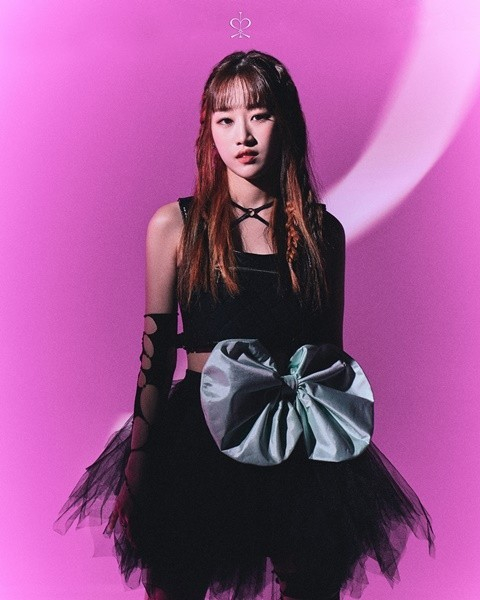 Yunseul, the third member of Irris to be introduced [TAEWON ENTERTAINMENT]

The name of the fourth member of upcoming girl group Irris was revealed on Thursday. Named Liv, her photograph hasn’t yet been revealed.

Film production company Taewon Entertainment has been introducing the members of its soon-to-debut girl group since Monday when it announced that it will dive into K-pop.

Taewon Entertainment and its subsidiary Justice Records opened social media accounts for Irris (pronounced iris) on June 12 and revealed the group's logo. The teaser video for the logo shows metallic letters forming the word "IRRIS," which then forms the shape of a heart. On Monday it revealed its first member IL, followed by Nina, the second member. The third member, Yunseul, was introduced on Wednesday. Other information such as their nationalities and age are yet to be revealed.

Irris will continue to release content such as images, videos and further details on their social media to promote enthusiasm for the band members and their upcoming debut.

Taewon Entertainment is originally known as the production company behind the KBS espionage series "Iris" (2009) and war films "71-Into the Fire" (2010) and "Operation Chromite" (2016).

According to the label, the name of the girl group was inspired by the goddess in Greek mythology.

"Goddess Iris was the personal messenger of Hera and she was the goddess who shines by illuminating her inner soul," the label said in a statement.

Fourth member of girl group Irris revealed have 456 words, post on koreajoongangdaily.joins.com at June 16, 2022. This is cached page on VietNam Breaking News. If you want remove this page, please contact us.