THỪA THIÊN HUẾ — A food festival featuring 100 delicious dishes from the central province of Thừa Thiên – Huế is being held at the pedestrian street along the Hương River.

"100 Dishes of Huế Street Food 2022" is organised by the Thừa Thiên – Huế Tourism Association, in collaboration with the provincial Department of Tourism and Huế Festival Centre.

It is part of the celebration of Huế Festival Week 2022 that is ongoing at the ancient capital until tomorrow (June 30).

Chefs from restaurants and hotels in the city have elaborately prepared dishes and artistically presented them, creating a rich culinary space for visitors. At the same time, this activity also honours and promotes the unique culinary and cultural values of Thừa Thiên – Huế. 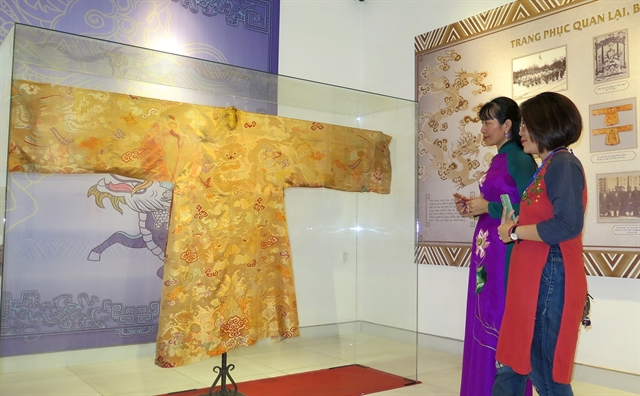 The ceremonial costume of a mandarin of the Nguyễn Dynasty displayed at Huế Museum of Fine Arts. VNA/VNS Photo Tường Vi

Also within the framework of activities of Huế Festival Week 2022, an exhibition showcasing artefacts and documents about royal costumes of the Nguyễn Dynasty (1802–1945) has been launched at the Huế Museum of Fine Arts.

Visitors to the event will be introduced to over 120 documents, images and artefacts that are being preserved at National Archives Centre I, HCM City Museum of History, Huế Museum of Royal Antiquities or belong to private collections.

The exhibited items include 50 top-secret administrative documents in Hán Nôm Scripts – parts of the Nguyễn Dynasty's official administrative papers. It is the first time that the World Documentary Heritage, recognised by the UN cultural agency UNESCO, has been displayed to the public.

"In terms of art, each costume of the king, queen, prince, princess and mandarin under the dynasty is a unique work of art and a vivid illustration that helps us understand more about the skill level and aesthetic taste of the ancient artisans. They manifest significant historical and cultural imprints and have become Việt Nam's unique heritage," she said.

"Therefore, it is extremely important to preserve and promote the documents, images and artefacts of the royal costumes of the Nguyễn Dynasty. This is also an issue of interest to researchers and the public," Trai added.

Paintings of the Thanh Toàn Tile-Roofed Bridge are displayed at an exhibition held by the People’s Committee of Hương Thủy Town. VNA/VNS Photo Tường Vi

The Huế Festival Week includes art performances by many domestic art troupes, a re-enactment of a traditional rural market, áo dài (Việt Nam's traditional long dress) performances, boat racing, photo exhibitions, an exhibition of local specialities and a ceremony to honour Trần Thị Đạo, who was credited for the building of the iconic bridge in 1776. 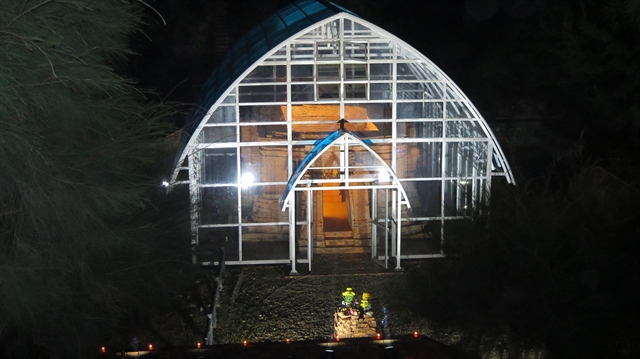 On the occasion, the History Museum of Thừa Thiên – Huế has held a ceremony to announce the national and world records for the Phú Diên Chăm Tower. It has been recognised as the first ancient Chăm tower to be excavated and preserved in the world.

The tower was discovered 5-7m under the sand dunes of Phú Diên Commune, Phú Vang District in April 2001.

According to Nguyễn Đức Lộc, director of the museum, the overall view of the building is a rectangular architectural block that gets smaller toward the top. It is one of the earliest remaining Chăm brick structures in the central region, dating back to around the 8th century.

With such values, the tower, accredited as a national architectural and art relic since December 2001, earned its recognition by both the Vietnam Records Organisation (Vietkings) and the World Records Union (WorldKings) this year. VNS

Food market and ancient exhibition enlivens Huế Festival Week 2022 have 835 words, post on vietnamnews.vn at June 28, 2022. This is cached page on VietNam Breaking News. If you want remove this page, please contact us.