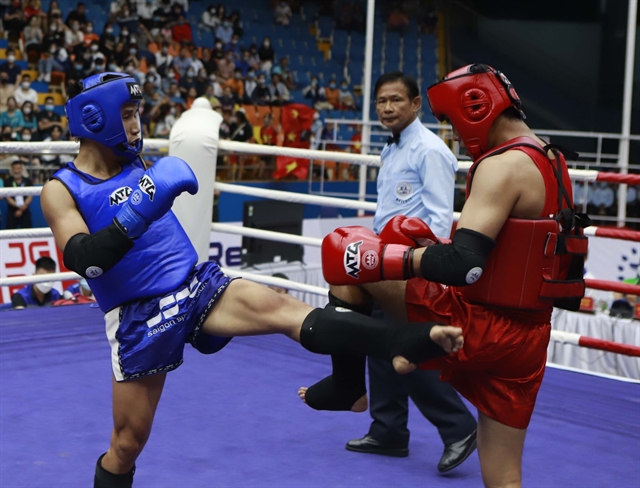 VĨNH PHÚC — Vietnamese muay martial artists defeated their rivals in the semi-finals on May 21 to go through to the finals.

The event was held at Vĩnh Phúc Gymnasium in the northern province of Vĩnh Phúc.

The next match was tense and dramatic, in the men’s 57kg category between Nguyễn Doãn Long of Việt Nam and Chainarong Yawannophat of Thailand. The two fighters showed beautiful technique, but the final victory belonged to Long with 29 points, just one more than his Thai opponent.

In the other matches, Sirosopa Sirisak of Thailand bested Tuon Sreyphin of Cambodia 30-27 in the 60kg, and Phearith Pao of Cambodia beat Norapat Khundam of Thailand in the men’s 63.5kg division.

Vietnamese muay fighters reach finals have 420 words, post on vietnamnews.vn at May 21, 2022. This is cached page on VietNam Breaking News. If you want remove this page, please contact us.