Hanoi (VNA) – The U-23 men's football team of Vietnam beat its Thai archrival 1-0 in the final of the ongoing 31st Southeast Asian Games (SEA Games 31) held on its home soil to keep back the crown in a tense match on May 22.

After the whistle, the two teams started Hanoi meet with several chances for Vietnam, and the Vietnamese young men failed to turn them into goals in the first minutes. Thailand then regained the balance in the ball control, and the two teams had a tit-for-tat first half.

In the second half, Vietnam's head coach Park Hang-seo sent in forward Nham Manh Dung (17), and the substitution proved effective. 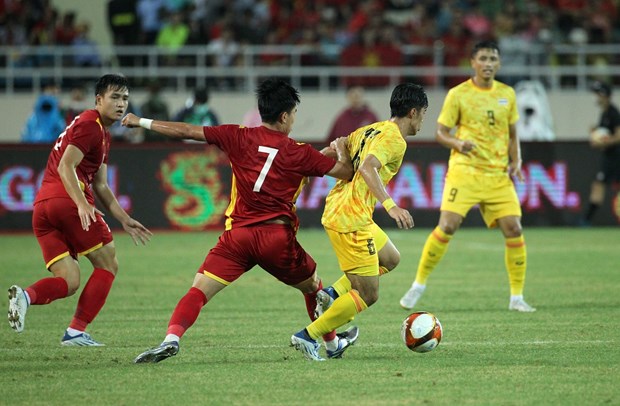 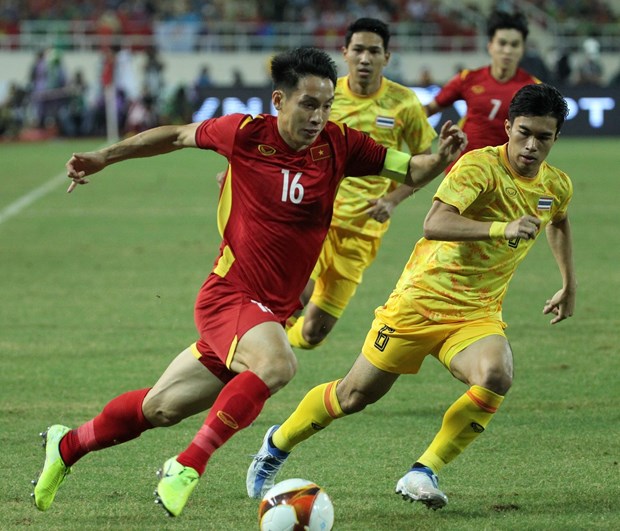 In the 82nd minute, Tuan Tai (12) created a good pass from the left, and Dung rose high to make an unstoppable header to the far high corner of the net of Thailand to score the only goal of the match, much to the excitement of the nearly 30,000 spectators who packed the My Dinh National Stadium to its full capacity.

Before the match, Vietnam were the reigning champions of U-23 men's football in Southeast Asia after the SEA Games 30 held in 2019 in the Philippines./. 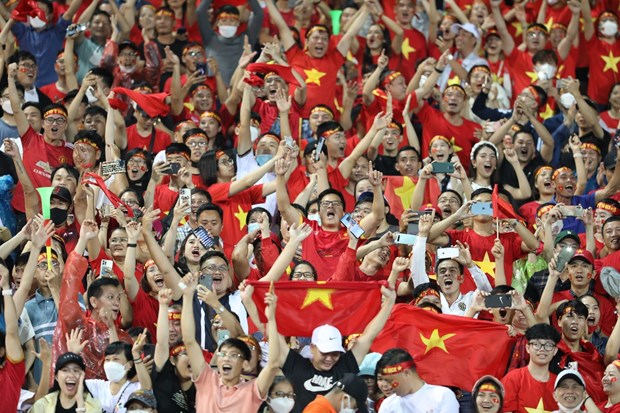 Dung scores a goal for Vietnam in the 82nd minute, sending the crowd wild. (Photo: VNA)

Vietnam defeat Thailand to keep SEA Games men’s football crown have 363 words, post on en.vietnamplus.vn at May 22, 2022. This is cached page on VietNam Breaking News. If you want remove this page, please contact us.