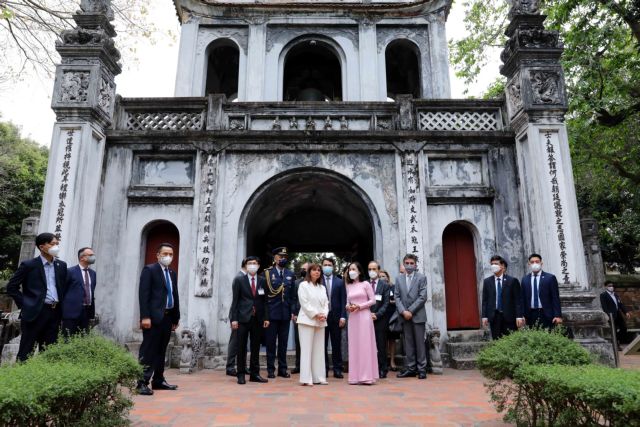 President of Greece Katerina Sakellaropoulou visited the Temple of Literature in Hà Nội on Monday. — VNA/VNS Photo An Đăng

Sakellaropoulou is paying an official visit to Việt Nam from May 15 to 19 at the invitation of Vietnamese President Nguyễn Xuân Phúc.

At the tea party, the Vietnamese Vice President welcomed the positive results of talks between the two presidents, expressing her belief that the visit by Sakellaropoulou would promote Việt Nam-Greece cooperation in a practical and intensive manner.

Xuân thanked the Greek President for her warm sentiments to a high-ranking delegation from Việt Nam during an official visit to the European nation last November, as well as for donating 250,000 doses of COVID-19 vaccine to Việt Nam when the COVID-19 situation in the country was dire.

She said that Việt Nam and Greece shared similarities in culture and history and hoped that the visit to the Temple of Literature helped the Greek President understand more about the country and people of Việt Nam.

In reply, Sakellaropoulou thanked Xuân for arranging the tea party and informed her host that during her talks with President Phúc, the two sides exchanged views on issues of mutual concern. They underscored that despite geographical distance, the countries shared many common values and approaches.

Taking place in the context that the traditional friendship is developing fruitfully, the visit is expected to contribute to consolidating political trust and deepening multi-faceted cooperation between the two countries. — VNS 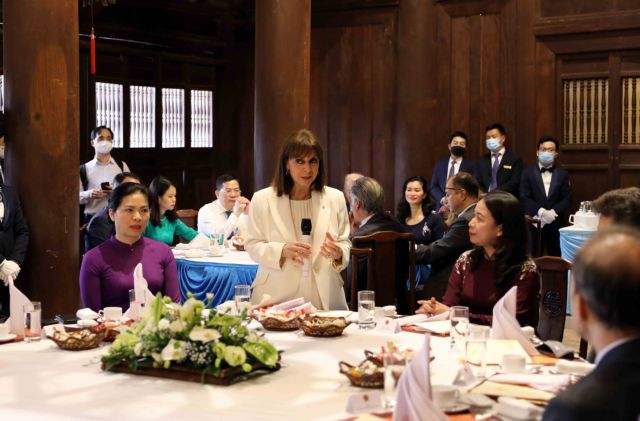 Vice President hosts tea party for visiting Greek President in Temple of Literature have 468 words, post on vietnamnews.vn at May 17, 2022. This is cached page on VietNam Breaking News. If you want remove this page, please contact us.