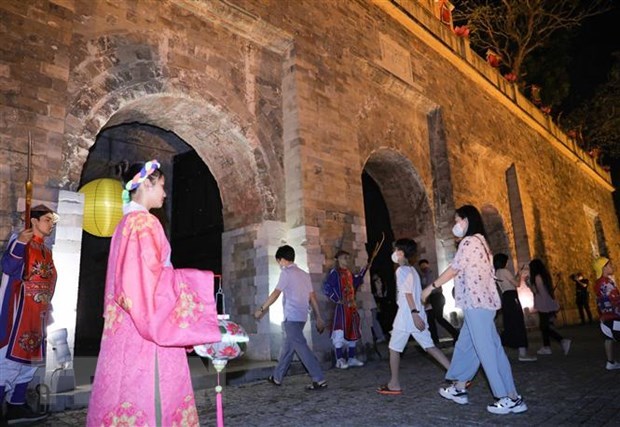 According to the centre, the night tour, which just restarted at the end of April, has received positive feedback from locals and visitors.

On the occasion, an exhibition themed "General Van Tien Dung – famous General of the Ho Chi Minh era” is being organised, featuring more than 150 valuable documents and artifacts related to the General – a talented military expert.

The Thang Long Imperial Citadel, which was placed on the UNESCO list in August 2010, was a power centre for over a thousand years of Vietnamese history and unique evidence of the Vietnamese civilisation during the development of monarchies in Southeast Asia and East Asia.

It is one of the attractive destinations for international friends who arrive in Hanoi during SEA Games 31./.

SEA Games 31: Sports delegations get free entry to Thang Long Imperial Citadel have 350 words, post on en.vietnamplus.vn at May 14, 2022. This is cached page on VietNam Breaking News. If you want remove this page, please contact us.