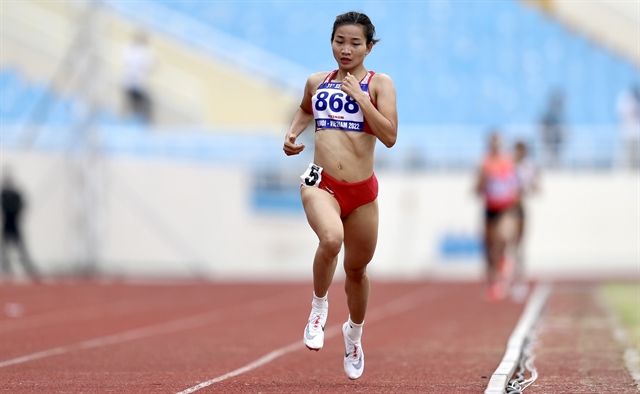 Oanh defended her title in the women's 1,500m event after finishing with a time of 4min 14.98sec.

It was Oanh's third time winning this event at the SEA Games. This year she ran about three seconds faster than three years ago in the Philippines.

"I am happy to win the first gold medal for Việt Nam in athletics. I hope that it will be a good start for the track-and-field team. Together we will complete and exceed our assigned target," Oanh said.

She will continue to defend her second title women's 5,000m event in the afternoon.

Her teammate Phạm Thị Hồng Lệ will also take part in the race.

Also in the afternoon, there are many other events organised.

National champion Trần Văn Đảng and Lương Đức Phước will defend Việt Nam's title in the men's 1,500m. Reigning champion Dương Văn Thái will not compete in this SEA Games as he has not performed at his peak recently.

The 400m mixed relay team will also compete to keep the title for Việt Nam. At the Manila Games, the event was organised for the first time, and Việt Nam came first and set a record of 3:19.50.

Debutante Ngần Ngọc Nghĩa will compete in the men's 200m.

Nguyễn Hoài Văn will take part in the men's javelin.

In the triple jump, Trần Văn Điền and Nguyễn Thượng Đức will test their skills. 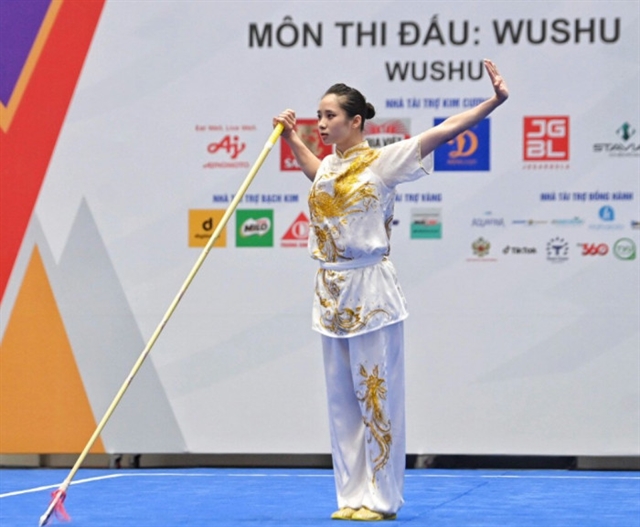 Vi topped the ranking with a 9.7-point performance, bagging her second title this Games after the first one in the jianshu (straight sword). Her teammate Nông Văn Hữu secured bronze in the men's nanquan (southern boxing style).

In rowing, Phạm Thị Huệ won her title in the women’s single sculls at the Games in the Thủy Nguyên Boat Racing Centre in Hải Phòng City. 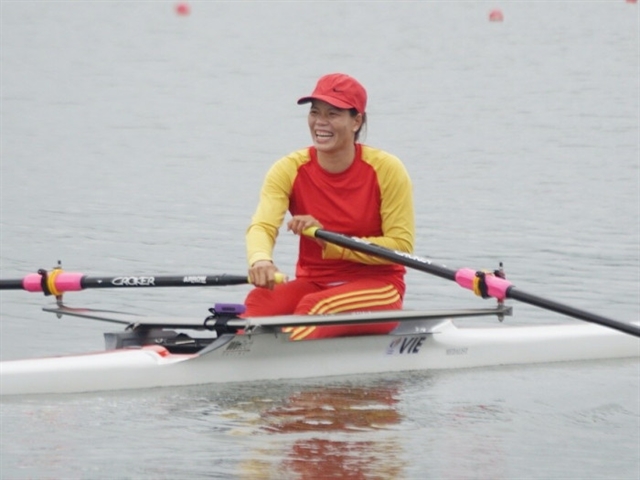 Runner, rowers, wushu artists win golds Saturday morning have 679 words, post on vietnamnews.vn at May 14, 2022. This is cached page on VietNam Breaking News. If you want remove this page, please contact us.