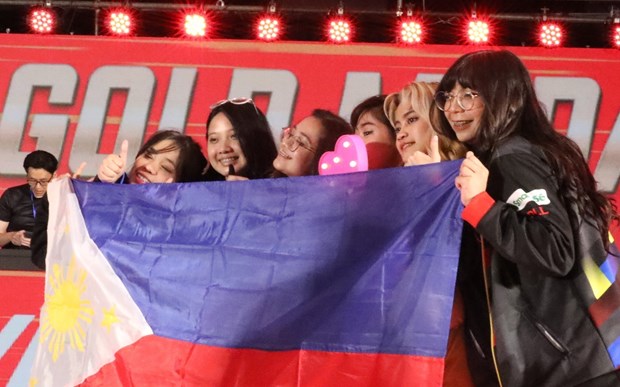 Hanoi (VNA) – The Philippine national team chef de mission Ramon Fernandez has given Vietnam a thumbs-up as the host of the 31st Southeast Asian Games ( SEA Games 31 ), saying the host has been "warm, hospitable" and running a tight ship.

“The accommodations of our athletes, coaches and other staff of the Philippine team are comfortable. We have been treated well. There have been no major complaints," Fernandez told Philippine News Agency reporters.

He said that the problem he has heard so far was the transport from the hotels of the participants to the training and competition venues, which was understandable since Vietnam, like the rest of the region, was still coping with the COVID-19 pandemic.

"The organisers have been apologetic about this issue and have addressed our concerns as soon as they can whenever the transport problems crop up," Fernandez, also a commissioner of the Philippine Sports Commission, noted.

Overall, he said, the national team is satisfied by the treatment of the Vietnamese hosts and give them the thumbs-up .

Fernandez revealed that national team morale remains high after visiting most of the country's campaigners in the Vietnamese capital and surrounding areas, a testament to their resiliency despite the many challenges they faced in gearing for the regional sports showcase.

He cited the example of track-and-field athlete Clinton Kingsley Bautista, who bucked a serious shin injury barely a month before the regional meet to recover in time in retaining the men's 400-meter hurdles title with a record-breaking run at the My Dinh National Stadium in Hanoi earlier this week./.

Philippine team leader gives thumbs-up to Vietnam as SEA Games host have 351 words, post on en.vietnamplus.vn at May 19, 2022. This is cached page on VietNam Breaking News. If you want remove this page, please contact us.