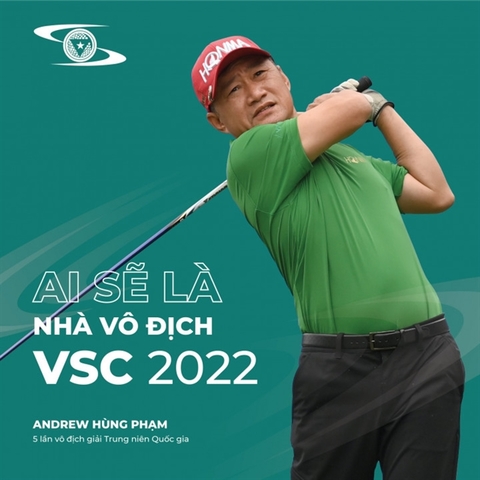 The Vietnam Senior Championship presented by T99 2022 will open on June 4-5 at Vinpearl Golf Nam Hoi An (Quang Nam Province), the Viet Nam Golf Association (VGA) and the Vietnam Golf Services (VGS), it was announced yesterday.

The organisers said the tournament would be followed by the T99 Vietnam Amateur Series 2022.

About 100 amateurs aged 45-55 for women and 50-60 for men and higher aged golfers are expected to join the tournament.

The VGA and VGS signed a strategic cooperation deal with the Technology Finance, namely T99 Group, in which T99 will become the main sponsor of the T99 Vietnam Amateur Series 2022.

Nguyen Ngoc Tuan, deputy general director of T99, said: “National golf tournaments have been improving over the past years and lured an increasing number of golfers into joining.

“T99 wishes to join the VGA to develop this sport further to attract more golfers, particularly to improve the quality of golf tournaments and bring the country’s golf to international tournaments.”

The tournament will be broadcast live by VGS Media via GolfNews channels. — VNS

National Senior Golf Championship to start early next month have 343 words, post on bizhub.vn at May 21, 2022. This is cached page on VietNam Breaking News. If you want remove this page, please contact us.